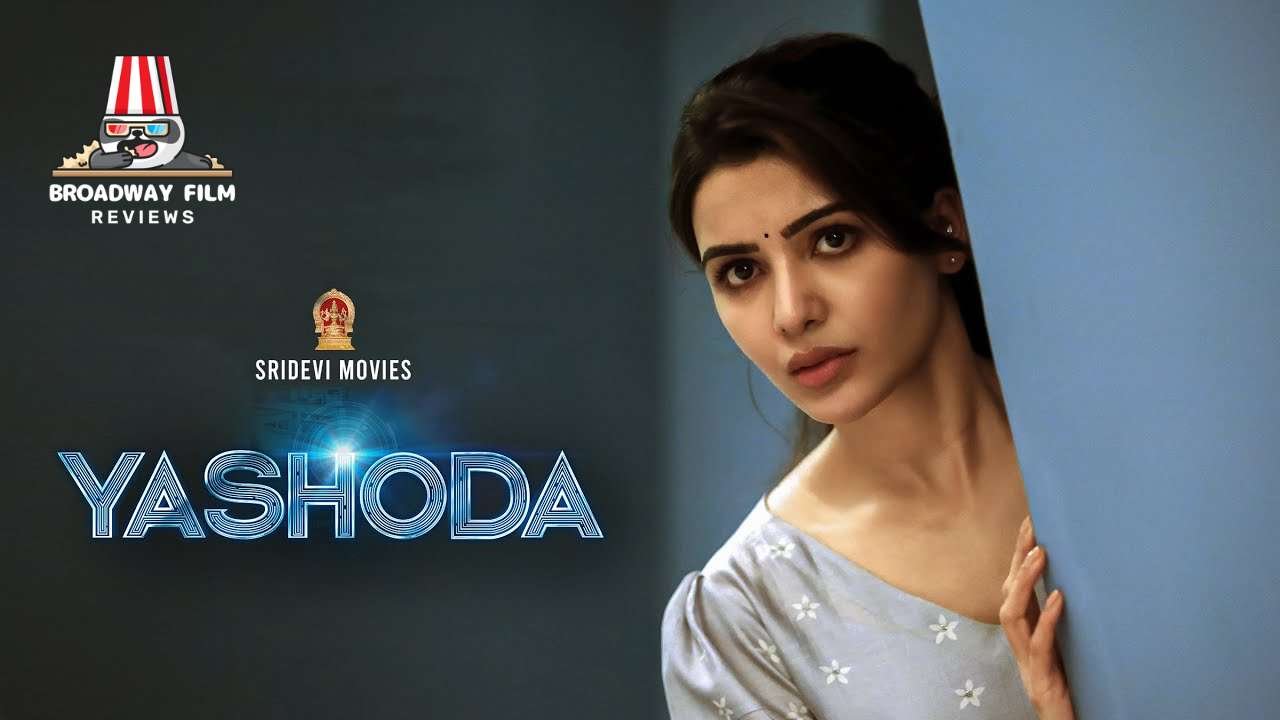 A pregnant woman named Yashodha is advised to follow a few guidelines about her physical and mental well-being and safety. However, a set of events occur that make Yashoda live on the edge, risking her well-being.

Yashoda tries to be a smart spy thriller, but believe me, it runs on such a senseless path led by the directors that even a decent script starts annoying you.

If you have seen the James Bond series, the Mission Impossible series, and some other known spy action thrillers from the global cinema, then Yashoda has nothing but cinematic torture for you.

But if you are unaware of those popular foreign flicks and enjoy watching influential and adapted stuff, then you can have a good time at the movies with a kick-ass female lead.

The film is about a young girl named Yashoda (Samantha Ruth Prabhu), who goes through surrogacy and is admitted to a secret, top-class place called “EVA.”

She starts getting acquainted with the surroundings, headed by Madhubala (Varalaxmi Sarathkumar), and even falls in love with the male doctor, Gautham (Unni Mukundan).

However, she learns about illegal activities regarding surrogacy and sets out to bring the perpetrators to justice, while the cops are looking for a racket that is hunting foreigners in the outside world.

Yashoda is an ambitious script as it offers a lot of twists and thrills for a normal massy brain. The problem is in the screenplay and execution. Both are bad, oh sorry, terribly bad.

The screenplay will make you accustomed to plenty of loops, illogical characters, horrible scenes, uncomfortable conflicts, and out-of-this-world heroinism.

A pregnant woman can fight off easily like a normal girl, she can deceive CCTV cameras, the smart fellas who are running the place can be fooled easily, they can roam freely even after being attacked, they can’t even take the girls as hostages.

Dr. Gautam was a ‘bloody scientist’ (as he only quoted), but he has an IQ of a primary school student who doesn’t know whom to love and why, and with whom to make business, Madhubala is more obsessed about beauty than fashion models and her own life, she can change life partners even before the second hand in the clock ticks on Next Stop, and bla bla.

How many more loops? I can’t just fit enough in this short review.

The first half passes without any motive, and by then you can predict the entire plot that will occur in the second half, which is referred to as “suspense.”

Samantha is a good performer, and she has proven it in a few films (Mahanati, U-Turn), despite having played a simple beauty doll in many hero-oriented films.

This role was a chance for her to prove her mettle as a mass heroine, and she does that, but falls short as an “actor.” Her action sequences and dedication toward them are praiseworthy, but expression and acting are left behind.

Please note that I am not talking about dialogue delivery because I had to see the Film with horrendous Tamil dubbing.

Unni Mukundan and Varalaxmi Sarathkumar’s attitudes, which have some typical South villain vibes but are such childishly written characters, take you by surprise.

Rao Ramesh, Sampath Raj, Murali Sharman, Satru, and Madhurima have done what all side role actors usually do in regular mass films. Coming to the technical aspects, except for action directors, all the other departments are highly disappointing.

The loud background score will make your ears bleed with unwanted noise, the cinematography is good, and the editing is very poor. The visual effects in some scenes are even worse than in cartoons.

Hari Shankar and Harish Narayan have brought the film down with their downgraded vision and outdated presentation.

Why do the characters have to behave like the 80s villains, who hardly had anything to do with the brainstorming? And the irony is, you have to show them as scientists, ministers, cops, and educated people. Who’s gonna believe it?

The Hindi audience used to call these films mindless a few years ago, and Yashoda is a perfect fit in that league.

Overall, an ambitious and enthusiastic action thriller with no stamina, organs, or brain.