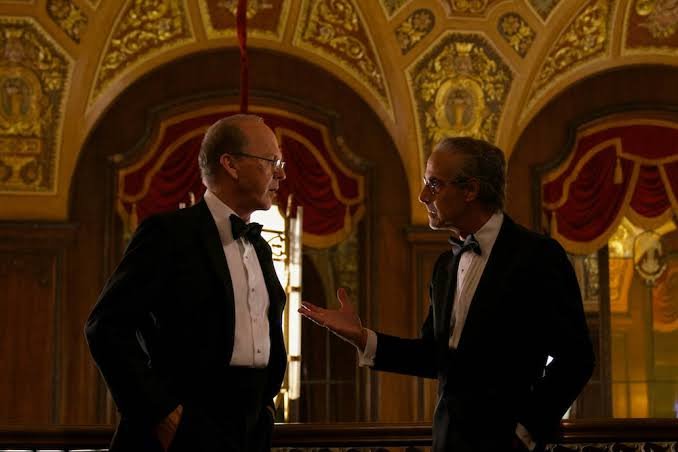 Blanket regulations are unacceptable. We deserver nuance. The 9/11 Fund ultimately did right, thanks to people like Feinberg, Wolfe, and Biros’ tireless efforts

Worth is a 2020 biographical film directed by Sara Colangelo, from a screenplay by Max Borenstein. It stars Michael Keaton, Amy Ryan, Stanley Tucci, Tate Donovan, Shunori Ramanathan, and Laura Benanti.

How much is life worth?  Is a Fortune 500 CEO worth the same or more than a dishwasher?  How do you break down the money when parents disapprove of their children’s lifestyle?

This is really what it all comes down to with compensating victims and their families.

When we first meet Kenneth Feinberg (Michael Keaton), he’s teaching a class about what is life worth.

This knowledge will come to be necessary when he becomes tasked as Special Master of the 9/11 Fund.  It’s not an easy task but somebody must do the job.  Where most lawyers would take their fee,

The Feinberg Group does the work pro bono.  It wouldn’t be the last time as he’s helped out with funds for other disasters in America.

Feinberg has helped at his law firm in handling the task.  Executive head of operations Camille Biros (Amy Ryan) and other staff tasked to the fund go out in the neighborhoods to listen to victims and their families.

While they’re out in the field, Charles Wolff (Stanley Tucci) believes the fund has issues and needs fixing.  He isn’t wrong but it’s a matter of people listening.

He comes around at the right time when it doesn’t look like Feinberg can get the required 80% on board before lawsuits come into play from lawyers such as Lee Quinn (Tate Donovan).  All Wolff needs to do is write a blog post and people will listen.

It’s been a few years since Michael Keaton delivered an Oscar-worthy performance but he’s on top of his game here.  If it’s not the New York accent, it’s the small things.

There’s something in watching him disappear into the role of American hero Kenneth Feinberg.  Unlike Keaton’s performance in Birdman, this person is completely real.

Sure, Max Borenstein’s script takes some dramatic liberties but what biopic doesn’t do such a thing?  In some instances, they may be a composite.

On the script front, Worth thankfully focuses on a few victims and their families.

One is a grieving gay man whose partner died on 9/11.  The first person called on a dreadful morning wasn’t the parents but the partner.  Virginia didn’t allow for any partners to financially benefit when it came to insurance, etc.

And his parents? Outright homophobic. There’s a focus on Charles Wolff, whose wife worked in the World Trade Center, and an NYPD firefighter whose brother died in the tower that morning.  They all have a story to tell.

Behind the camera, Sara Colangelo directs a masterpiece full of amazing performances from the actors.  Colangelo gave us the English-language remake of The Kindergarten Teacher two years ago at Sundance.  It’s no surprise that her third feature film premiered on the mountain.

Worth really makes the case that every citizen is unique