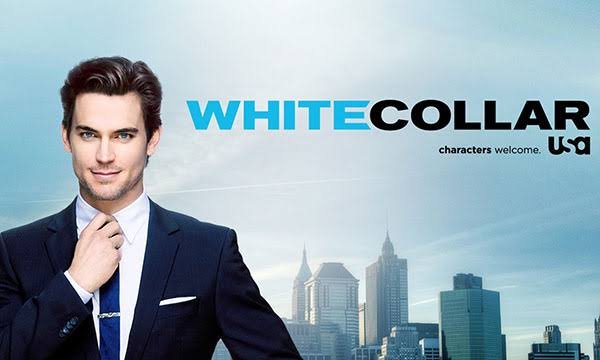 I did it. Finally, I did it. I watched White Collar from the first episode to the last one. 6 Season, 81 Episodes. Took Me Two Weeks to Complete. Finally Completed.

The show is based on the idea of cons, so each episode, individually conned you, and lead up to the end of the season, for one big con. And then in each season, it got more tangled up. As you progressed the con doubled, and then tripled, until the finale, which gave you every possibility of ending, but with closure. And what a finale!? And the greatest part about this show? Is that it’s curious, and makes you curious. It teaches you art, history, music, politics, human interaction. Of course there’s bound to be some bullshit. But over all it’s a learning experience, and a journey, that I believe every person should take.

The actors are superb, and the character development is worthy of their talent. Matt Bomer is whimsical and versatile: He personifies this perfect man with an itching sense of curiosity, while Tim DeKay portrays federal agent Tim DeKay with a stern sense of justice and a darling touch of nerd. Each season, the plot gets more enthralling! Third season in, it’s still original! It doesn’t feel like it’s a soap opera, like some series and grasping at straws for a storyline and popping out random characters.

For art lovers, this series is for you! I’ve actually learnt a fair bit from this show. Matt Bomer is a trained artist as well so you know that the series has real depth.

And if you’re wondering, it’s worth watching all the way through. I guarantee you will have that inexplicable feeling of “wow”. A masterpiece.

Great show with a great writing and acting.