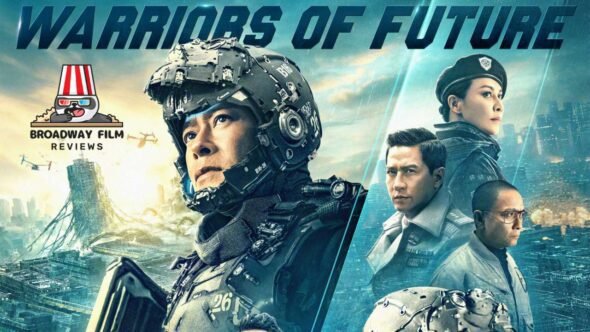 This movie is for those looking for adrenaline-pumping action with futuristic touches. It has a fairly simple plot that isn’t really relevant; it’s just an excuse for the display of visual effects that come by the ton. It is formulaic, hasty, and sometimes emotional without any sense. By all accounts, it is a spectacle for the eyes, rather than for the brain.

it had some good moments, and some boring moments; there are some scenes I just did not understand at all for one reason or the other as they made no sense.

Also, Read The Law Café K-Drama Review: Had a promising start…Later It  Ended in Formulaic.

Without giving any spoilers, I’ll leave it up to you, but it just made no common sense for some to be…where no kids should be.

The performances are so-so, All 3 female actresses were not very good and maybe it wasn’t their fault but the fault of the directors and the bad script. The story is very cheesy. I don’t believe the actors were right for this one, it just felt a bit amateurish and cheesy.

The effects are good on machinery, but bad on natural elements such as fire and the flow of movement of living beings, including the characters.

In short, there are many reprehensible details, but exposing them would be superfluous since it is not a film made to be perfect. It is mere entertainment.

The American film The Tomorrow War is a good parallel. If you enjoyed that movie, you’ll like this one.

I get it, it’s Sci-fi, but it should also make at least some basic common sense, and a lot of things did not throughout the whole movie. There are a lot better movies from China and this is not one of them.

Reborn Rich K-Drama Review: Every Episode is Outstanding except The Final Episode – A Complete Disaster.