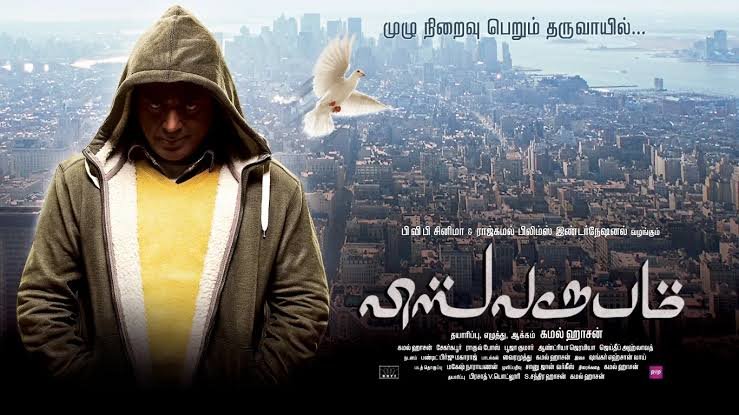 Vishwaroopam – A magnum Opus by Kamal. A technically brilliant piece of cinema this. This movie is a world class commercial thriller which tickles ur intellect a little bit and if you’re up there going with the flow of the movie, you will love it if you’re a cinema lover and not a Kamal fan. If you are a Kamal fan, then, well, u know. Certainly NOT a ONLY ONE TIME watch. Can easily enjoy more the second time.

The scenes that were talked about with gargantuan hype, the transformation scene and the pre interval block, truly are worth the hype and MORE! Whattaayy!! Simply stunning. I am tempted to say more but will stop, watch it for yourself.

The first half goes at a breakneck pace and it is over before you realise its over. The Afghanisthan block of the film, about the Al-Qaeda terrorists are carefully and intensely shot. Absolutely brilliant making!!! And I forgot the fact that i was watching a tamil movie in the second half. The cinematography, BGMs were of international standards. Kamal, the director, scores over Kamal the actor, which he always does when he directs, whether it is Heyram, Virumaandi or Vishwaroopam. Easily his second best work as director next to Heyram. The movie ends with a promise to have a sequel coming up and you only will wait for it to come as soon as possible to know the answers for many questions in the first movie.

And does it hurt any religious sentiment? Absolutely not! In fact, while watching the movie, I didn’t even realise there was an issue going on. Don’t know what all the fuss was about. We, the Tamil audience, are being deprived of our right in seeing a movie and in seeing the legendary Kamal Haasan. I would want the tamil version to be released in Tamil Nadu as soon as possible to witness this non-stop action ride.

Positives: Kamal as the Kathak Dancer, the BGM, cinematography and the stunning action sequences which are very well shot! Negatives: I really don’t find anything negative about the movie.