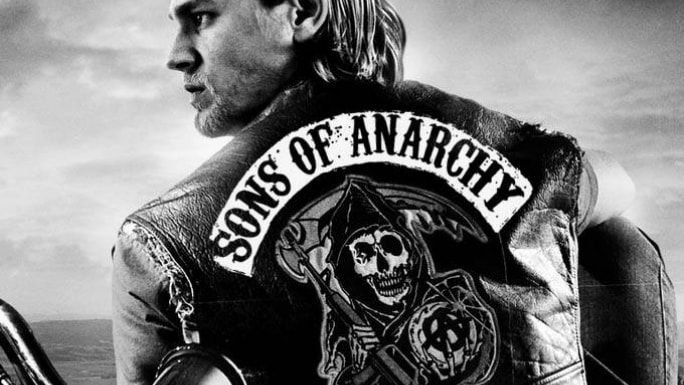 “An Amazing Show Overshadowed By Its Bigger Name Rivals”

Son’s of Anarchy premiered before its time. Breaking bad was a show that much like Game of Thrones created the interest in tv beyond the cookie cutter crime shows on local networks. Shows like The Sopranos and Dexter paved the road, and Breaking Bad with Game of Thrones traveled it making it famous.

Unfortunately during that same time Sons of Anarchy was also trying to make a name for itself. While tales of knights and a science teacher gone rouge were, on paper, more relatable and comforting in therms of a story, Sons of Anarchy creates a relatable feeling deeply rooted inside of audiences that plays on the “what if I was an outlaw” idea instead of “what if a normal daily life went off the rails” such as Breaking Bad or the comfortable medieval story with and adult spin that Game of Thrones has. Due to this, it was largely overlooked because the world wasn’t ready to dive into the darker inner outlaw inside themselves quite yet.

However, if it was released exactly the same in today’s world of 2020, the woke media would hate it because of the controversial realism the show brings to light of the world in which outlaw bikers live in. It’s not for the faint of heart. It’s not for everyone. It is also severely underrated.

It took me a few episodes to get hooked on SOA as i can honestly say it is unlike any American show i have watched. Its grainy and raw and even the actors are people who you’d see in your everyday life and not the glam and glitter that Hollywood or the like fobs off.

For that i ended up loving SOA. A lot. I like also that there are a lot of “known” but not blown up actors. You know their faces but you don’t have them seared into your mind from over exposure so you can suspend judgment and believe these characters exist. And the characters drive this series. It isn’t the most polished TV series but its edgy and if you are looking for something you can sink your teeth into and not get sick from the saccharine then bite into this show.

I almost didn’t give this show a chance because Hollywood rarely offers up fully developed biker characters, much less decent or realistic plots about outlaw biker clubs. If there’s a Harley and black leathers in the shot — bad guys killing and doing bad things — their work is done. Not so with Sons Of Anarchy.

While you will find all of the above elements, they’re woven into a much richer fabric that brings each and every character to life in 16 million colors and full resolution, rising above the stereo-typical black-and-white portrayals of VGA-rendered knuckle-dragging villains.

And the casting! Katy Segal is phenomenal as Gemma, the widow of club founder and wife of present club runner, Clay Morrow, played by Ron Pearlman. Gemma’s son, Jax, played by Charlie Hunnam, butts heads with his step-father’s vision for the club.

But what really sets this biker drama apart is the context. The bikers are all natives of Charming, childhood friends in a small town. They’ve kept the town free of corporate tentacles and development, partly so they can run their legal and illegal businesses free of interference (gun-running and porn), and partly because the town itself might as well be a club member. The characters have deep roots to the townspeople who fear but also trust them to a degree, at least in the sense that it’s sometimes better to deal with the devil you know and sometimes it’s even handy to know the devil. The Sons have ‘profitable arrangements’ with certain local law enforcement officials, including the Chief of Police played magnificently by Dayton Callie, better known as Deadwood’s Charlie Utter.

Conflict arises from neighboring clubs, gangs and criminal organizations trying to horn in on the action, and to an Aryan businessman and politician, played by Alan Arkin, who wants to set up shop in Charming and take out the Sons of Anarchy so he can take their place at the top of the criminal heap.

As if this wasn’t fodder enough, Ally Walker joined the cast in season two as ball-breaking FBI agent June Stahl, going after the Sons and IRA gun runners who are selling to the Sons. Her quest, made painfully personal, by a meeting-gone-wrong with an imprisoned club member.

The action is gritty, the anti-heroes are plentiful, the characters are full-bodied and the writing is Class-A. Let Sons of Anarchy become your newest guilt-free pleasure and you’ll find yourself heading into it full throttle.

Do yourself a favor and just go watch it!