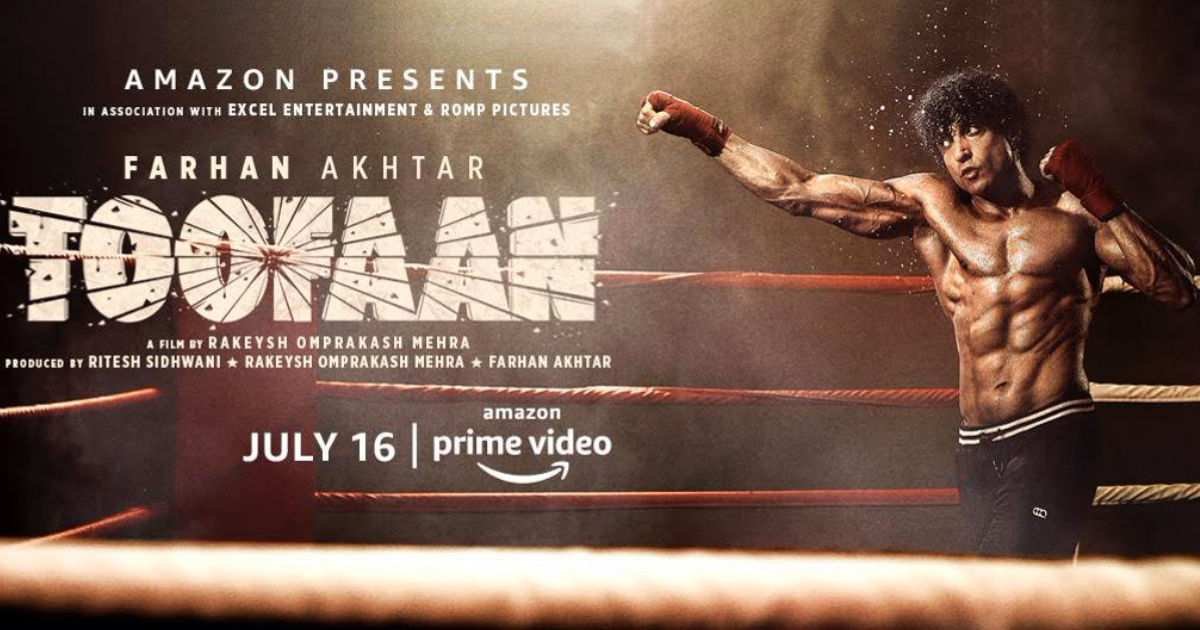 First of all let me tell you positives about the movie, Farhan gave a good performance. Paresh Rawal performance a fantastic. Cinematography is amazing, screenplay is very good, direction is average.

About movie: Movie is about love jihaad (Words actually used in movie). How a couple in love has issues with “Hindu” father having this wrong impression that Muslim boys are after Hindu girls for love jihaad.

I personally have no issues with the subject, I do understand that this issue like any other valid issue has collateral damage where good people also suffer. But there is zero effort to develop a good story to make us feel that.

Aziz is a poor uneducated gangster and goes to hospital for treatment where he meets a doctor who works for poor people and refuses him treatment because of the criminal work he does. This was good chance to show that good person in him wakes up but intentions of writer were not to make a good movie but to create “Bigoted Hindus” and “Victim Muslim” so instead he goes on with his criminal life.

He is into beating people and while a visiting local boxing club run by a parasi man he gets inspired to box. That parasi guy tells him about a good coach(Paresh Rawal).

Development of the character of Paresh Rawal is the most confusing part in the movie, he is shown to have massive bias against Muslims. Literally says that “They are all terrorists” but when Aziz who is nobody and has zero knowledge about boxing goes to him for help, he immediately accepts him and not only works on his boxing skills but treats him like a son and works on developing his character as well. There is zero effort made to show what makes him like Aziz despite him being a bigot against Muslims but he is actually shown as a man who helps anybody who comes to him regardless of religion or financial status.

Now the doctor girl Aziz met is also the daughter of coach, important thing here is that her mother was killed in a bomb blast done by Islamic terrorists and there is no effort is made to show that this is the reason behind Paresh Rawal having negative feelings for Muslims, he is shown casually talking negative about them in just one scene right in the beginning while laughing about it.

Anyways, Aziz at this stage is a criminal and Doctor girl for no reason is all over him. He makes no effort, there is no situation developed to show that she saw something in him or he did something magical that she got impressed. In simple words she is an easy girl who just meets a Muslim guy and goes after him. He actually does not have to do anything and she all of sudden taking him places to see and ultimately starts kissing him. Absolutely no effort is made to show how she got impressed by this man. A big injustice done if intention was to show that Muslims are just like everyone else who do good things that other can like.

Later on few things happen, Paresh Rawal works hard to train Aziz and Aziz is rising in boxing then Paresh gets to know that Aziz is in relationship with his own daughter. To which he gets angry, now imagine girl is a Doctor, guy is nobody with criminal background and still living with criminals but somehow there is an attempt to make religion the most important issue.

Paresh asks his daughter to get out of relationship, she refuses and he asks her to leave his home. Just like that, no effort is made by girl or Aziz to convince Paresh in any manner. She just leaves home and starts to live with Aziz. Aziz to get a decent home for them fixes his match and gets caught. He is banned for 5 years from boxing. Doctor girl gets angry for it and then all of sudden she is like “Alright, lets forget it… ” There is no situation developed to show that Aziz is able to show that he is sorry for what he did or even to show justify what he did in her eyes in any other way than “We needed money” and I do not know what they needed money so desperately for, after all she is an Doctor and has a job. There are plenty of male Doctors who have their spouse as housewife and they do alright. There is no situation developed to show desperation for money to justify what Aziz did other than he is always after easy money and there is no situation developed in showing how Doctor girl is convinced that he has changed before accepting him back.

Now they get married and have a daughter. 5 years are gone and Ban on Aziz is over and he can box again. During these 5 years girl makes zero effort to reconnect with her father whom she left over 2 minutes of dispute.

Then the Doctor girl dies in a bridge stampede and Aziz now wants to be a champion to fulfil her dream. Paresh Rawal comes back to coach him to fulfil dream of his daughter of seeing him a champion and he becomes champion.

I can not understand what exactly is the story idea here. Every one who is pulling Aziz down and trying to make him bad person is Muslim in the movie. Every single person who loves him and helps him unconditionally in life is Hindu but at the same time the first person who pulls him out of criminal world and puts him on the path of good life is a Bigoted Hindu who hates Muslims for no reason. Aziz literally has to do nothing to get their support other than he is in need of that support, including the girl who marries him without anything big done by him to convince her that he loves her and is the right person for her.

If we want to compare it with a comeback movie, then “Sultan” is what we can compare it with “Sultan” was very good movie where emotions were developed to show how he gets inspired to do what he does. There is zero effort made in Toofaan to do that. It just happens.

Criminal past and poverty was enough to develop a love story where father of girl is against the marriage but religion is made the main issue. As if the guy was Hindu then father would have agreed to marry his Doctor daughter to a man who was right hand man of biggest gangster around without him showing actual signs of revolutionary changes and what makes it worse that he again fixes him match and get caught and yet does not think he owes anything to that father who lived all his life for the game and is honest man who despite being a man of limited resources has dedicated his life to game.

Religion solely could have been made the issue but then it would have needed some story development to show how Paresh Rawal refuses to train him for his religion as well, where he takes no time to accept him as his student and not just teaches him to be a better fighter but put lots of effort to make him a better man as well.

Overall its an average movie, not bad because actors did their roles very well. Cinematography at least gives good feel to your eyes.

One thing most important for the subject were the fight scenes, but no effort is made there as well to make you connect with it. Hero just wins. That’s it… Looks like movie is made to target only the crowd that says “Anybody saying words “Love Jihaad” is bigoted but it fails even there because same people help a poor criminal to become a good person without him doing anything to change their mind about it.

A Heart and The Magic are Missing For A Sport Film

Yashoda 2022 Review: “An Ambitious Action-Thriller Dragged Down By Senseless Execution”