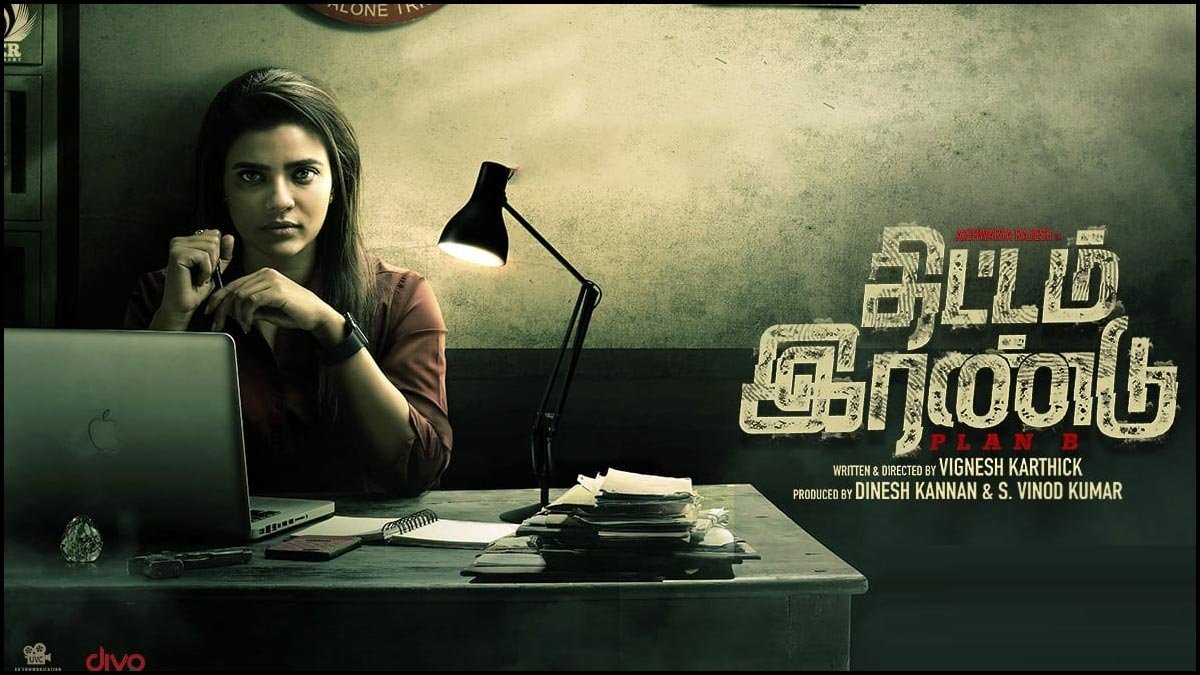 Right from the trailer, this movie had the same tone and mood setting of yours shamefully 2. That 2nd heroine acted in aadai movie. Aishwarya Rajesh’s heroine based movie Mei was also an awareness movie.

So I had a prediction that this movie would conclude with a social message. So in all the murder and drama I was expecting what social message would come out. Affair, caste, honor killing, personality disorder, identity disorder and many. At one point I thought Aishwarya Rajesh is going to be that missing girl or to an extreme Subash(Arjun character) is going to be that girl. In climax he is going to remove his beard, wig and reveal the identity.

But that reveal scene was bit different though. Director tried to deliver a message. Though he conveyed the message it was just forced to audience.

The entire movie is full of plot holes and drama. Missions of the movie: 1. Kill Surya and create Arjun 2. Aadhira should fall in love with Arjun.

2nd one was okay because a boy and girl fall in love, they get married. I don’t understand the drama for 1st one. The identity of Surya should be vanished so they plotted a murder. But why that murder was assigned to Aishwarya? Don’t they know that she might go to any extreme to find the truth about her childhood close friend? Instead this case might have been plotted to be assigned to some other officer or police station, finished all the procedures and just delivered the message to Aishwarya. In that scenario she might not be soo involved in the case and they could’ve accomplished both the missions.

This movie lags technical wise as well. Editing was poor. So many jumps between scenes. Too many loopholes. Logic mistakes. Even same dialog is repeated in cctv scenes. So many lip sync issues, overlap dialogues (her lip sync says polam but background dubbing says kelambalam)

An handicapped guy suddenly turns into a normal person and escapes from police are MGR Nambiar age movie twist. When a suspect gets caught around half time of the movie, it is very clear he would not be the killer. Climax inconclusive is expected (no voice over needed. Just could’ve ended the movie like vtv, aayirathil oruvan, briyani. Audience have developed. They can understand)

Surya had harmone issues so she changed, husband helped, police helped, forensic doctor helped all fine. But how would they expect Aadhira should love Arjun who is Surya. It’s her decision. She has full right to say No. If identity is not known it’s a whole different story. But when it’s known he says I will give you 1 year time you think and decide. It just doesn’t make sense. It’s not even a mutual feeling.

The moment that forensic guy said ‘its not surya’s body at all’ my mind straight away went to Bommalattam movie. Immediately mapped the characters. Rukmini – Surya, Nana Patekar – Surya’s husband, Arjun – Aadhira (Subash’s name is also Arjun in this movie so easy to map) Only difference was in Bommalattam a boy acts as a girl for profession but in this movie a girl completely turns into a boy.