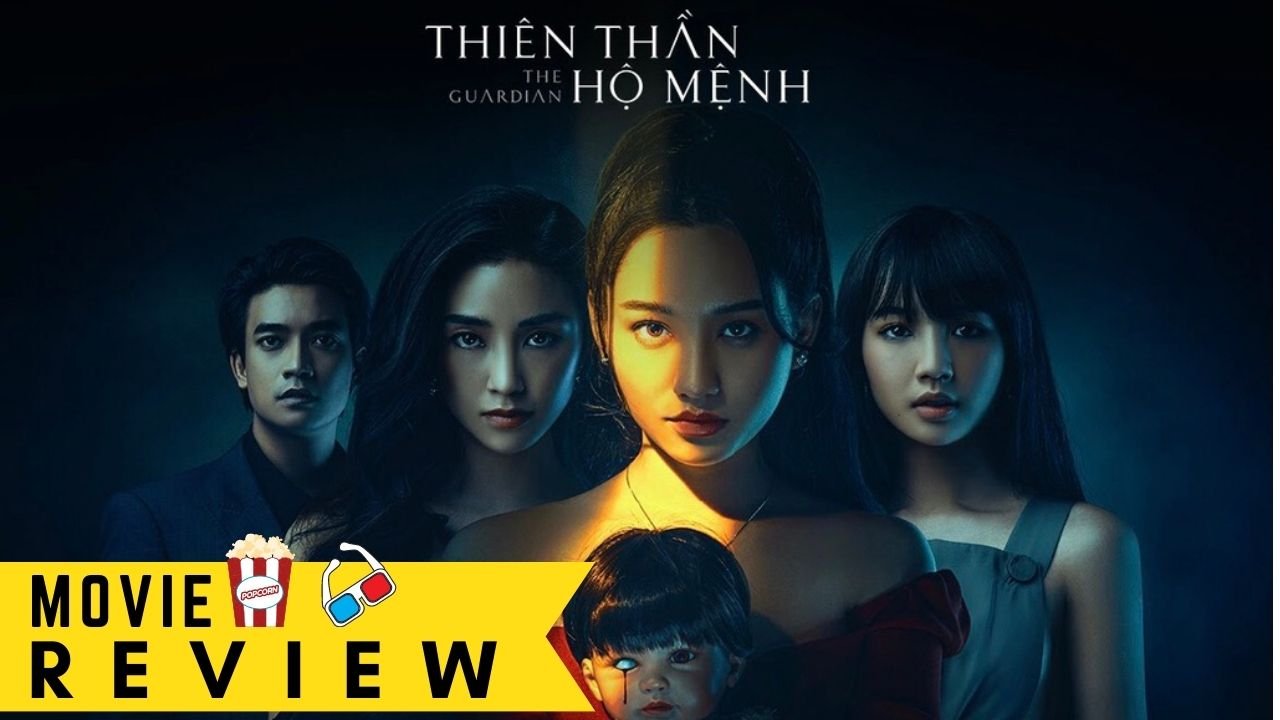 After the shocking suicide of a young pop star, her backup singer finds herself living a parallel life. But is her success earned, or is it being aided by occult forces?

Truc Anh plays Mai Ly, a backing singer who suddenly became a star one night, after the death of senior Lam Phuong (Salim). Mai Ly believes that baby Na – the doll Kumanthong Phuong once gave her – is the source of good luck. However, she also begins to face strange supernatural phenomena.

Before the debut, Guardian Angel made many viewers and experts worried. Truc Anh and actors like Amee, Salim, Samuel An are new names to the Vietnamese film industry, without the element of “box office guarantee”. On the occasion of April 30, the work must be divided into many cinemas, including Trang Ti. In addition, the Kumanthong charm is still a controversial topic in Vietnam, as evidenced by a Vlogger who was recently disciplined for allowing Kumanthong to appear in his production. The only thing that makes the audience confident is the expensive name of the director himself.

In fact, like the title song Look But It’s Not So, what the audience is treated to in the trailers, TVC advertises is not the actual content of the movie. Victor Vu’s early fans knew him through the Scandal movie brand, which borrowed a spiritual element as a background, thereby exploiting another problem of society. The Guardian Angel also follows the same formula, while switching positions and roles to keep the originality.

If Y Linh (Van Trang) in Scandal was completely passive before the power of witchcraft, Mai Ly intentionally “requested” Kumanthong to return, because behind the innocent appearance is a person with many secrets and ambitions. At first, she only wished for very harmless things, but gradually, the “wish to see” made the female singer corrupt. However, she is a young person who is both pitiful and reprehensible, because of her selfishness and passion for fame, which causes many tragedies.

After the Scandal , the online community continues to be the villain in Guardian Angel , when the malicious comments of “outsiders” like them can make a person a star, but can also kill a person. star.

Kumanthong elements only play a role in creating a horror atmosphere for the film, but not so that they are made sketchy. According to many sources, Victor Vu spends a lot of time studying Thai mystical magic, even using suggestions from a Thai monk to serve the filming. In the film, Kumanthong was not exploited negatively, when even Lam Phuong raised a doll to “get lucky” when singing – white magic. However, when she was pushed to the end, Mai Ly used “black magic” to turn baby Na into a demon. The horror elements start here.

In the horror segment, Victor Vu continues to show the level of a director who has gone through school, when the script structure and the scary pieces in the film are “luxurious” enough, haunting enough. The background of Mai Ly and her best friend Hien (Amee) in the morning is very cute, all kinds of rooms of a young singer or dreamer. But in the dark scene, this same scene creates a feeling of insecurity and uncertainty. The scene where Mai Ly tries to pull a strand of hair in the bathtub, or when she hears a knock on the door from inside the room is slowly built, with increasing drama, sending the audience into fear of what will happen next. follow.

Another bright spot of the film is Truc Anh’s acting. She can show more emotions, from innocence and purity to anger and jealousy. In one scene, her character’s voice, cold tone, completely convinces the viewer. The audience only recognized the Netherlands of Mat Biec in a short MV excerpt, when she opened her big eyes and ran into the deep forest.

In addition to Truc Anh, Amee’s cheerful and confident acting also deserves a lot of praise. Salim and Samuel An create highlights in their appearance and charisma.

Guardian Angel still has minus points. Like many other Vietnamese horror films, the supernatural element must always have a reasonable answer. Interspersed in the Kumanthongs are the conspiracies that people use to harm themselves, made in the familiar “twist husband twist” style of Victor Vu. The movie script lacks logic when Phuong is a celebrity, with a schedule that must be saved regularly.

Guardian Angel is one of the notable horror films of Vietnamese cinema in 2021 and is a movie worth watching at the present time, especially if you are a “big fan” of director Victor. Vu. However,  Guardian Angel still has something missing, many parts make viewers feel that the movie is long … long and felt a bit disappointed compared to Scandal.