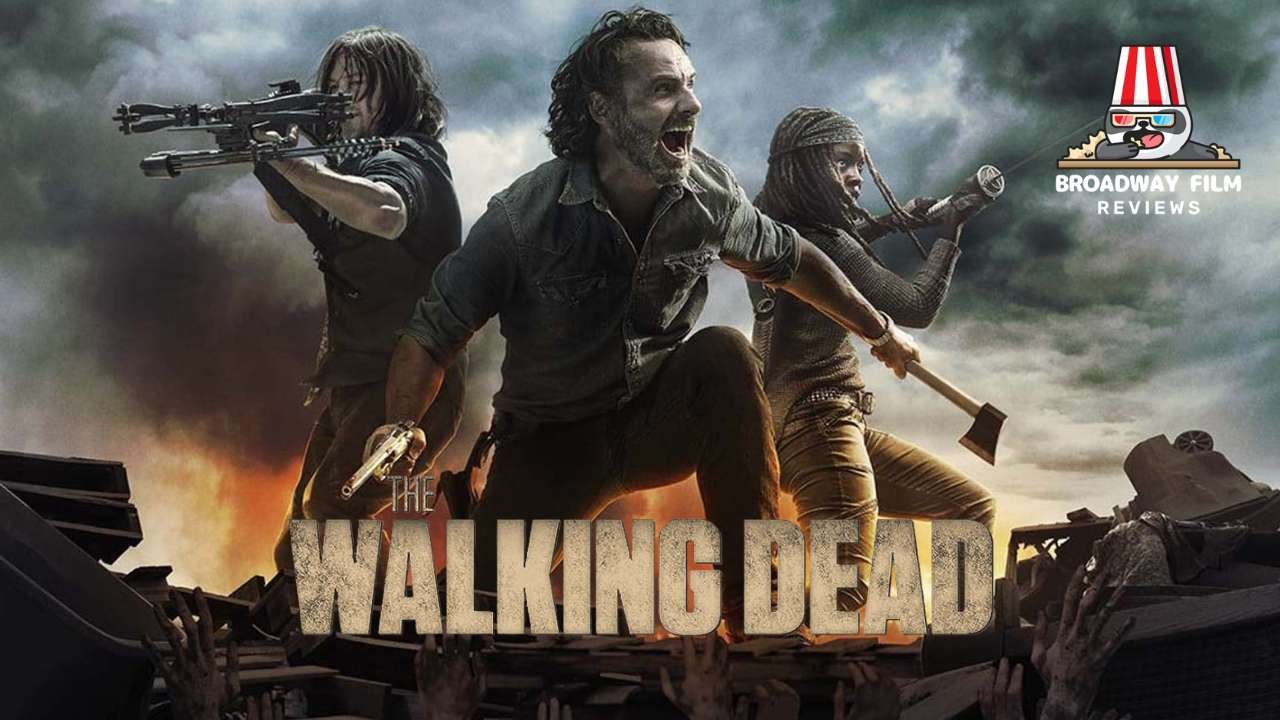 In the wake of a zombie apocalypse, various survivors struggle to stay alive. As they search for safety and evade the undead, they grapple with rival groups and difficult choices.

After SUPERNATURAL, I need another long-running series to keep me hooked until the release of all episodes of The Peripheral. The list was long and hard to select. and I almost went to watch The X-Files but somehow I turned on The Walking Dead.

I had little doubt about the series, and how they managed to run 11 seasons based on zombies.

Rick Grimes (Andrew Lincoln) awakes from a coma to find that the world has ended, and they are now amid a zombie Holocaust. Where is his wife? Where is his son? and Where is anybody? He must press on, surviving in a world that seems to offer no reason to live.

I do not need to say how excellent “The Walking Dead” is. The critics have chimed in that the show comes from Frank Darabont and Gale Anne Hurd and is both legendary in horror and science fiction.

And the original comic the show is based on? Possibly the most popular and critically acclaimed comic of the past decade.

I admit I was hesitant about the show — how many episodes can you make about fighting zombies? The zombie movie is often cliché and poorly done, even more than the recent vampire craze.

After one or two episodes, you are bound to run out of original takes on a tired genre, right? No. Not here. And the reason is simple: the show is not about zombies at all, even if they are constantly in the background.

At the heart of the show is how people interact with each other when society breaks down. How do people work together for a common goal when they would otherwise rather punch their cohort in the face?

You might compare the show to MTV’s “The Real World”, only taken to a new level, and with a more brilliant cast.

And some issues remain constant, even when society disappears: infidelity, love, and trust. There is the practical and philosophical question of what is real now: money has no value. Is a marriage real or a canceled government contract?

What good is it being a police officer when you no longer have a state to work for or laws to uphold? The whole “game of life” is changed, and you better learn to adapt quickly.

The cast is fantastic, with a mixture of genre favorites and some more or fewer unknowns. Jon Bernthal, Punisher, We Own This City.

the Accountant is Shane Walsh, possibly the most complex character on the show — he is both the protagonist’s best friend and his most considerable interference depending on the day and time. His motives are clear to the viewer, but not always to his friends.

Sarah Wayne Callies is Lori Grimes, another complex character with a secret. I think Callies is a poor actress who exaggerates her emotions and is the weak part of the casting, but fans of “Prison Break” may be glad to see her.

Steven Yeun, as Glenn the Pizza Guy, is the strongest part of the cast, and the one character viewers will look forward to seeing, as he is the only comic relief you will get in this post-apocalyptic world.

I was hooked on Walking Dead for its first 5 seasons. It was some of the bravest dramas on television. It wasn’t afraid to kill off main characters when their deaths heightened the drama.

Also, Read Poker Face (2022) Review: “Not Great Nor Not Bad but Russell Crowe should Stick To His Acting Career Rather Than Directing”

Then came seasons 6 and 7 and suddenly it morphed into The 100 With Zombies and now Seasons 8,9,10,11, it’s become as badly written and inconsistent as Fear The Walking Dead. That takes some doing.

Self-sabotage? I’m not sure, but surely some of the cast must read these scripts and think, “WTF has happened to this show?” For two seasons now, intelligent characters have done dumb things.

Negan has been bulletproof. Rick can shoot a zombie at 100 meters, but can’t shoot Negan with a machine gun at 10m. Bullets are in short supply, but that doesn’t stop the good guys from wasting thousands of them shooting at a building.

Negan is now a bullet-proof cartoon villain who spouts poorly written T-shirt slogans to bore people off the idea of shooting him. Even the Priest, armed with a rifle, can’t be bothered to aim it.

Despite being brave enough to escape a zombie hoard, the priest is now frozen with fear as Negan steps out of the shadows.

Also, Read Detective Vs Sleuths (2022) Review: Flawed But Entertaining In Its Own Game

Do you know which episode or sequence I hated most on the show was when Sarah Wayne Callies involves in a romantic sexual relationship with her husband’s friend Shane Walsh.

I mean everyone was dying, with no food, and no proper home to stay in, there is no hope for the next day but they go into the forest and both got fuck. This relationship breaks in Season 2 and Lori gives birth to a baby girl. Worst writing.

The genre regulars are Jeffrey DeMunn and Dale Horwath, who has appeared in everything Frank Darabont does (“Shawshank Redemption”, “Green Mile”, “The Mist”).

Norman Reedus as Daryl Dixon is best known to people from “Boondock Saints”, but also starred in the amazing John Carpenter film “Cigarette Burns”. And Michael Rooker, who is always great, took the horror world through the story as Henry in “Portrait of a Serial Killer”.

Overall, the first 4 seasons were genuinely great! Mostly interesting characters with depth and good arcs. Season 5 was okay but became a bit messy. Following seasons became a who’s who of human stockpiles.

Way too many characters, decisions that made no sense, blurry storylines, and no character development.