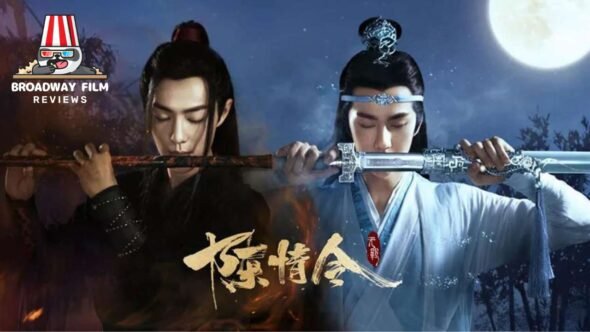 Sixteen years ago, the cultivation world was ruled over by five clans: Gusu Lan, Yunmeng Jiang, Qinghe Nie, Qishan Wen, and  Lanling Jin. The carefree Wei Wuxian becomes fast friends with the righteous Lan Wangji, and during their adventures, the pair find out that the head of the Wen clan is the evil mastermind behind a series of plots that would wreak havoc upon the lands.

Wei Wuxian’s attempts to protect the innocent members of the Wen clan from unfair persecution lead to disaster and he passes away in the process. Wei Wuxian reappears sixteen years later, and works together with good friend Lan Wangji to solve a series of murder mysteries, eventually finding and defeating the true culprit.

At first, I almost gave up after the first few episodes, but I’m so glad I gave this series a chance. Fifty episodes later, I’m still obsessing over not only the two lead characters but also the actors who embodied them.

I haven’t read the novel nor seen the anime version, so there were no expectations going in. I won’t go into the story as so many others have already done so. I’ll just provide my opinion only.

At first, it’s a lot to take in. I’m not familiar with Chinese shows so wasn’t quite sure what to expect. There’s a lot of information in the first few episodes and they’re more on the silly/fun side. I was worried the whole show was going to be like that but it’s not at all.

It really builds who the characters are and the relationship foundations. I think it was around the mid-teen episodes that it started to become more serious and at some point along the way, I became so hooked.

This is a binge-worthy show which sucked because there are 50 episodes. I did not want to stop watching at all!  The special effects can be quite funny at times however the acrobatics are cool, fun, and interesting, and overall, you forget how low-budget some of it seems.

The costume is absolutely gorgeous. It’s almost like they put the biggest part of the budget towards costuming rather than CGI. So worth it.

The dynamic between the main character, Wei Wuxian, and his significant counterpart, Lan Wangji, is beautifully developed and told as well as his familial bonds. The story creates these breathtakingly heartbreaking, emotional scenes that balance well with the lighter humorous scenes in between.

Also, Read Bad Prosecutor S01 K-Drama Review: There are some things that are “BAD” but it’s not this prosecutor

I was impressed by the main actor’s range and with the limited facial expressions of Lan Zhan, that actor really did a great job of expressing so much by doing so little. Excellent!

There’s a lot to the story and a lot of characters that I had a hard time keeping up with. I’m now watching it again to catch what I  missed and the show is just as good, if not better, the second time around.

This is an intriguing, entertaining, addictive show that you will stay with you even after it’s over. I highly recommend giving it a go.

Laththi Charge (2022) Movie Review: Vishal’s Cop Thriller Fails to Push us to The Edge of Our Seat