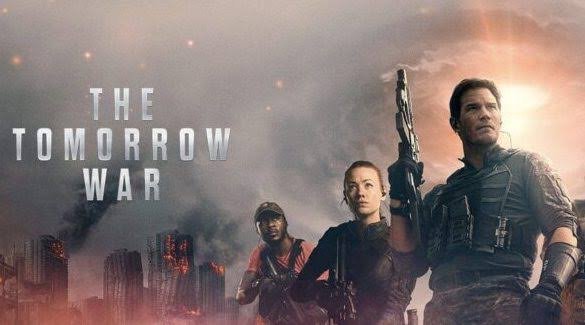 The Villain Is Nothing But The Script Still Entertaining

In the future, mankind is on the brink of extinction. They’ve been fighting a global war against an alien race they call the Whitespikes (who sound more like an indie rock band than an extraterrestrial threat,) these aliens are fast, ferocious and fink we’re food. So, in a last ditch effort to win the war, the people of the future go back in time to recruit people from the past to help in the fight to save humanity.

But this film doesn’t care. It’s a big, dopey, fun loving Labrador of a movie that sees a big muddy puddle. It knows it’ll get messy if it jumps in and master will be angry, but he jumps in anyway because it’s fun! And at the end of it he stands there, fur matted with mud and a big, dumb, happy expression on his face, and you love him for it anyway.

Does this film make sense? No! Is Chris Pratt at his best in this movie? No! Is it a great movie? No!

But is it entertaining? Yes! Can you switch your brain off for over 2 hours and let the TV do the thinking for you? Yes! Can you watch it with your family and have a decent time? Yes!

So, to sum up. Loads of stupid action with a plot that doesn’t make sense and some pretty good special effects. You’ll probably will have forgotten the film by the following day but, in the meantime, switch off and go with the flow.