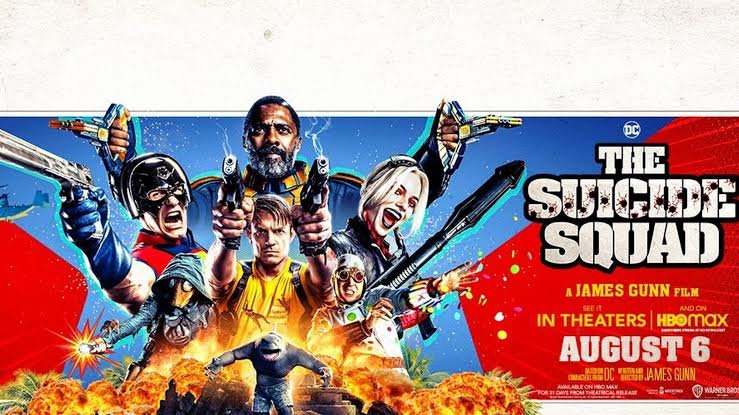 The first Suicide Squad made almost $750 million in theaters, but good luck finding anyone who enjoyed it. The film’s success was due in large part to a highly effective marketing campaign that made it look like a dynamic superhero satire instead of the grim slog it actually was. The ads were almost too effective, as Warner Bros. reportedly grew worried the film “didn’t deliver on the fun, edgy tone promised” by the teaser, and hired the editors who’d cut that trailer to produce their own version of the movie. The finished product was a choppy, confusing mess; too silly to be a serious contemplation of comic book archetypes and too dark and depressing to work as a spoof.

Five years later, the new movie (definitively yet confusingly titled The Suicide Squad) makes good on the promise of those great trailers for the first film. Here is the edgy, sardonic adventure filled with witty characters and eclectic needle drops that the first Squad was supposed to be. It is directed with style and verve by James Gunn, who previously made the irreverent Guardians of the Galaxy films that surely inspired those funky Suicide Squad trailers in the first place. In 2018, Marvel briefly fired Gunn after a social-media kerfuffle involving tasteless and insensitive tweets he’d made years earlier. Warner Bros. immediately snatched him up, a decision Marvel will surely regret when they see what a superb job Gunn did turning a lifeless DC Comics property into a multimedia franchise. (A spinoff TV series, also by Gunn, is coming soon to HBO Max.)

The first 45 minutes of The Suicide Squad — which follow Waller as she assembles her latest Suicide Squad and briefs them on their assignment before dropping them into the middle of Corto Maltese — is absolutely outstanding. Gunn shows a lot of skill as writer and director as he juggles many different characters all at once while he bounces back and forth in time, peppering viewers with non-stop sight gags and bloody violence.

After that thrilling opening act, The Suicide Squad settles down into a more conventional (if still satisfying) superhero adventure. The story flags a little, and some tricky editing in the final act designed to keep up the energy just makes the climax more confusing. Still, the opening is a blast — and the whole thing looks like a Fellini movie compared to Suicide Squad.

The film is filled with a great cast who all do a terrific job, especially Margot Robbie, I couldn’t see anyone else doing the role of Harley Quinn. She is to Harley what Heath Ledger was to the joker. The movie is filled with funny one liners and never takes itself too seriously. I felt the first Suicide Squad was bordering too much pretty humour and seriousness and wasn’t sure what it was. This reboot blends humour and seriousness perfectly. Some of the scenes between John Cena and Idris Elba were hilarious, as well as the lines from King Shark.

I found this movie fun to watch, R rated the way it should be, the squad still act like a bunch of crazed misfits while trying to save the world.

That being said after seeing James Gunn untouched vision I really want to see David Ayer’s true movie of HIS Suicide Squad before WB butchered it with 10 week reshoots, much like the infamous WB/Whedon Josstice League we finally got the REAL, TRUE, ACTUAL movie by Snyder…..Zack Snyder’s Justice League, and I want the same for Suicide Squad 2016……#ReleaseTheAyerCut #RestoreTheSnyderverse.

James Gunn’s ‘The Suicide Squad’ is a marked improvement over the original feature in nearly every quantifiable sense but for a movie that’s all about offbeat characters bucking convention, the film’s DNA oddly adds up to little more than your garden variety comic team-up flick…but with blood and swear words.