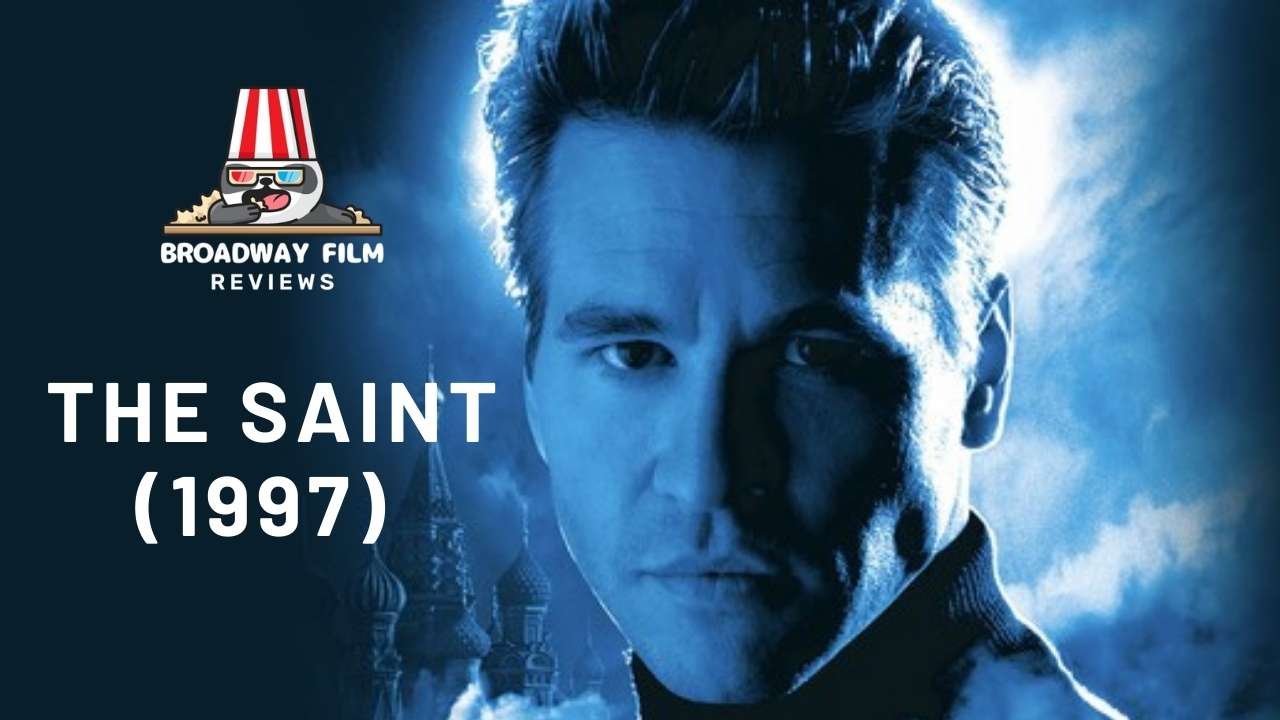 Simon Templar (The Saint), is a thief for hire, whose latest job to steal the secret process for cold fusion puts him at odds with a traitor bent on toppling the Russian government, as well as the woman who holds its secret.

I’ve always thought of Val Kilmer as a secondary actor. Iceman in “Top Gun” and playing a second-rate Batman compared to Michael Keaton. But I was proved wrong in “The Saint”, which pushes acting to the limit with Kilmer playing a variety of characters very well and also having romantic and action scenes.

“The Saint” features Simon Templar, aka The Human Fly (Kilmer), who travels the world in disguise to steal and sell whatever he can for the highest price. Things become more complicated when he must steal from a beautiful physicist (Elisabeth Shue).

This movie is more of the modern-day version of “Robin Hood”, only without the bow and arrows. Val Kilmer plays the role very well. To me in my opinion is no Batman, but he does provide a lot of action in this movie. Simon Templar is more than just a “saint”, he’s a chameleon in the process.

This film presents a well-developed story showing how Simon Templar became The Saint. Kilmer is the perfect choice to play Simon Templar, a master thief who is also a master of disguise and charmer of women.

The different characters Kilmer creates while in disguise are interesting, believable, and amusing.

First of all, Val Kilmer performs fairly well, despite his weird accents. I really liked his artist-type guy who seduces Emma Russell, he was great fun.

If you’ve never seen The Saint, I would encourage you to do so.