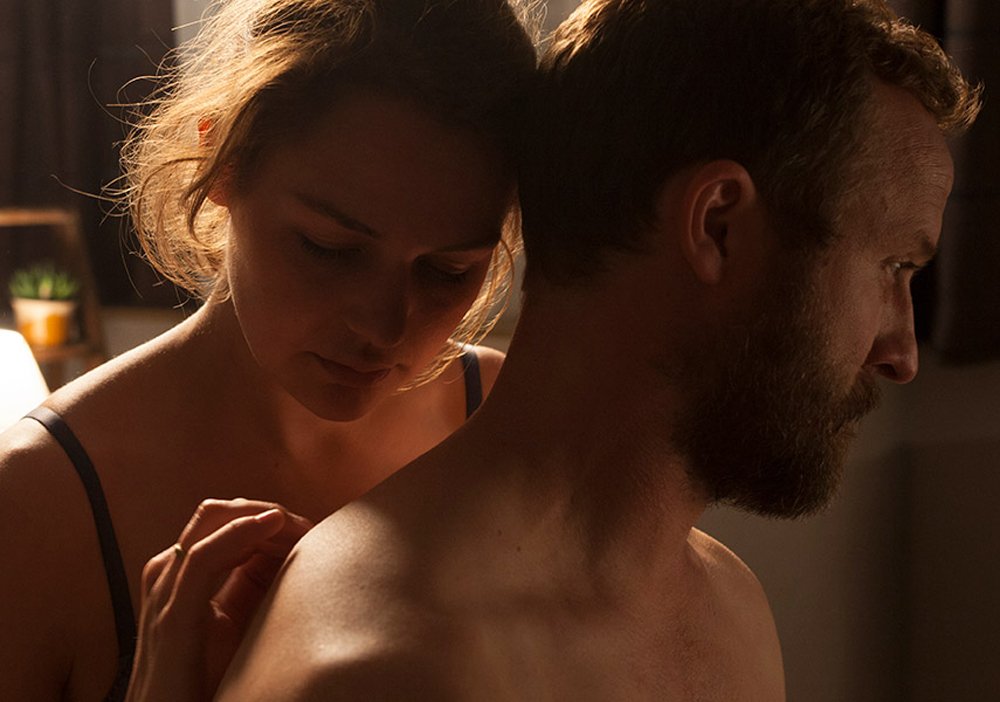 What’s the proper way to respond to being a victim of violence or to seeing one’s partner violated? In cinema there seems to be little doubt, as we encounter the same plot over and over again. Hunt down the perpetrator. Get revenge. Go to extremes and experience some kind of transformation as a result. In real life, of course, it’s not that simple. The Most Beautiful Couple draws on these cinematic conventions to present us with a story we think we understand, only to become something quite different and much more interesting.

Liv (Luise Heyer) and Malte (Maximilian Brückner) are on holiday in Mallorca when it happens. They’ve been having a lovely, relaxing time, enjoying intimate moments on the beach and enjoying their distance from day to day concerns, but their life is shattered when three young men break into their holiday cottage intent on robbery. Malte is beaten and Liv is raped. Some months later, after they have begun to heal and put it behind them, Malte sees the rapist by chance in their home city of Cologne. What should he do? Now it’s impossible to forget what happened. He stalks the young man, finding out where he lives, where his girlfriend works. What will he do, and what might Liv do?

This is a film full of complex world building. We know things still aren’t quite right because when the central couple are cooking together they discover that the basil on the balcony has died; everything about their well-stocked home tells us that they’re not the sort of people who would normally forget to water the plants. On that holiday, before the attack, Malte tuts at Liv for feeding a cat who hangs around the cottage, encouraging a stray; there’s an excess of kindness in her and it bubbles over in their relationship, beautifully portrayed and full of the deep love that only time can forge. Yet Liv has no kindness for the youth who raped her; despite a therapist’s suggestion, she can find nothing positive in her experience by way of which to forgive. She’s calm most of the time, controlled but realistic. She recognises herself as a victim, the youth as the sole person responsible for his actions, without feeling disempowered by that. She accepts her circumstances without requiring the world to be just.

For Malte, the journey is more complex. His confidence has been badly damaged; he struggles with the music, part of his job, that used to come naturally to him. Discovering the attacker precipitates a crisis of identity, different ways of being opening up to him, none of them seeming wholly satisfactory. Pacing round the streets of the city, he seems to be staking out his territory. The balance of power between victims and perpetrator has shifted, and done so for reasons that are primarily psychological. Director Sven Taddicken works with his fine cast to let us see this, to make it feel natural despite its essential absurdity. This is, after all, how humans behave.

In terms of the emotive arc offered to the viewer, this film does things that are completely unexpected, and in doing so it moves far beyond the usual scope of narratives about recovery or revenge. Its patchwork of carefully captured details invites us to look at the world in a different way as both Liv and Malte figure out what they really want from it. Much enhanced by Daniela Knapp’s moody cinematography, which further substantiates the relationships between the characters and the spaces they inhabit.

it’s an exquisite piece of filmmaking which must be particularly recommended to people who, for personal reasons, find most such dramas difficult to watch.