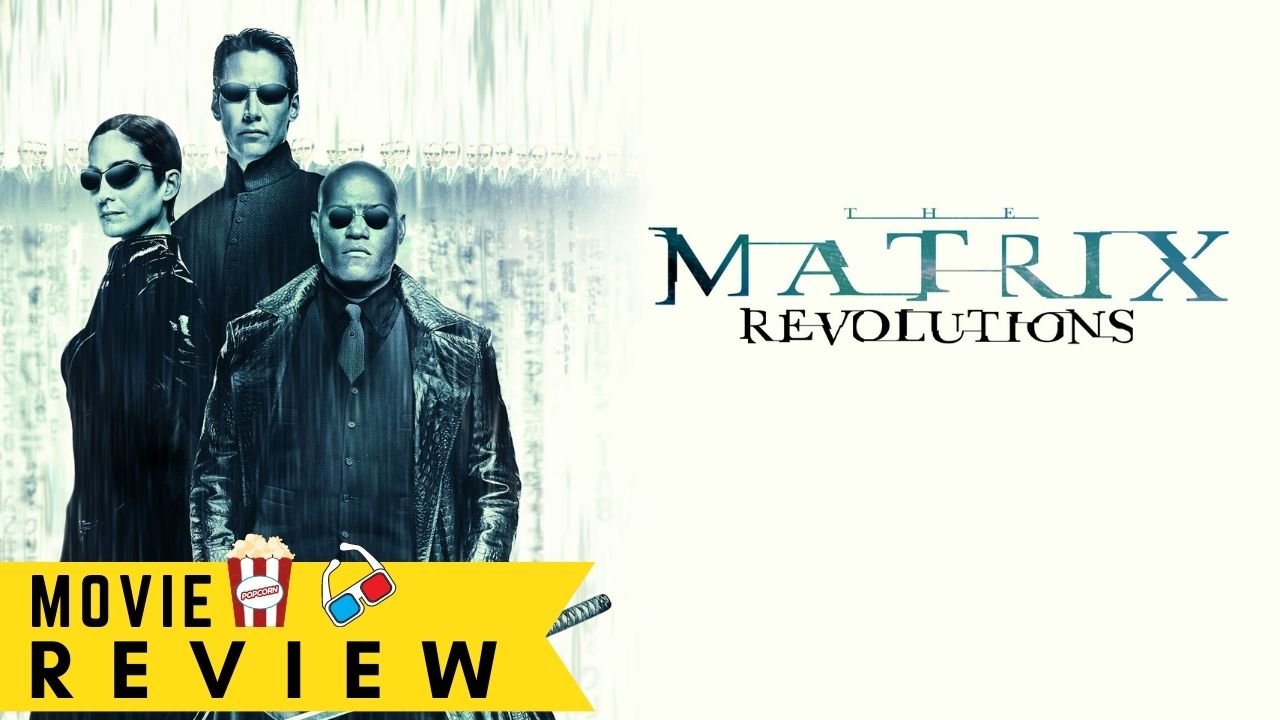 Neo finds himself trapped between the Matrix and the Real World. Meanwhile, Zion is preparing for the oncoming war with the machines with very few chances of survival. Neo’s associates set out to free him from The Merovingian since it’s believed that he is the One who will end the war between humans and machines. What they do not know is that there is a threat from a third party, someone who has plans to destroy both worlds.

As the city of Zion fortifies itself for defense against the influx of sentinels, the two remaining ships of the fleet prepare to return to the city. Neo lies in a coma with the sole survivor of the attack on the fleet, however, his brain patterns show that he is lost somewhere within the matrix.

Trinity and Morpheus go to rescue him and return him to the real world. Back in the real world, Zion is under attack from the sentinels, Neo decides that he must travel into the machine city and confront the creator of the matrix while Niobe pilots the remaining ship back to Zion to take on the sentinels.

I love the original Matrix, but can’t help feeling that the 2 overblown, over-serious sequels have damaged it. This film works a little better than the second sequel but not by much. Where Reloaded left us with unanswered questions, Revolutions offers us the answers. Sadly the “answers” just left me confused and bewildered.

And I didn’t feel like the film even tried to explain what was going on, and the ending came about far too suddenly and with little explanation. I know that a film is good if it leaves you thinking about things and I could sort of guess that Neo might have become some sort of program etc. at the end, but I still felt that the film should have helped me out even a little bit!

Plot is very heavy going and it lacks the light imagination evident in the first film. This really sucks the fun out of the film and makes it hard work – I have nothing against it being thought-provoking and requiring thought, but it all seemed very labored to me. The opening hour is quite hard work and the whole “train station” thing is never really explained and just seems designed to fill time or something.

The action all looks great  And the attack on Zion is visually very impressive and is quite exciting. However, some fight scenes are so overblown that they failed to inspire. The shootout in the checkroom of the club is simply a tired retread of the groundbreaking lobby shootout but it is the final fight with Smith that shows what I mean. Neo’s showdown with Smith in the first film was great fun and very exciting.

Here (and in Reloaded) it is an excess of special effects, horribly overblown – visually impressive but not enjoyable.

The film seems to have taken on the mantel of “meaningful epic” where once it was a clever film with no assumptions. Listen to the music – that’s where the clue is. Instead of the rock mix from the first film, it has taken on big sweeping classical pieces that it scatters around liberally to try and give the film an epic feel that it doesn’t deserve. It is still worth seeing as it finishes the trilogy but it is hard work at times.

The acting continues the curse of Reloaded in that everyone thinks they are reading Shakespeare and gives their performance as if they were speaking words directly from God. Even Weaving’s Smith is a little too full of himself this time. The dialogue is pretty bad as before – full of clichés and over wordy speeches of grandeur, it just gets tiresome before it gets engaging.

In the first film we were told no one can be told what the matrix is, we must see it for ourselves. We were then taken on a journey (with Neo), led by Morpheus into this world that was explained as we went. Here we are simply dumped in the middle of an impenetrable plot and basically left to work things out for ourselves with little or no help.

Attempts to have characters like the Architect or the Oracle explain things are simply clunky and don’t work at all.

I’m not averse to thinking, but the more I think about the film as a series the more I see unanswered holes. I was hoping that Revolutions would tie things up from Reloaded and actually serve to make part 2 work better, but it didn’t. It took some positive steps but really the same weaknesses just continue.

Overall I was glad I saw it to finish the story, and visually it had some very impressive moments. However, the feeling was of a film with no controls, spiraling out of control – with narrative flow lost behind half ideas and spiritual nonsense. It is overindulgent, bloated, and full of a sense of its own importance – importance it simply does not have and should not be worn on its sleeve.

The Wachowski’s created a fascinating universe but, as they opened it out, their egos have inflated the material and their inability to control and tell such a massive story has shown and the last 2 films have really suffered as a result. Worth watching for what it attempts to do, but ultimately very frustrating for what it actually delivers and, more importantly, what it fails totally to do.