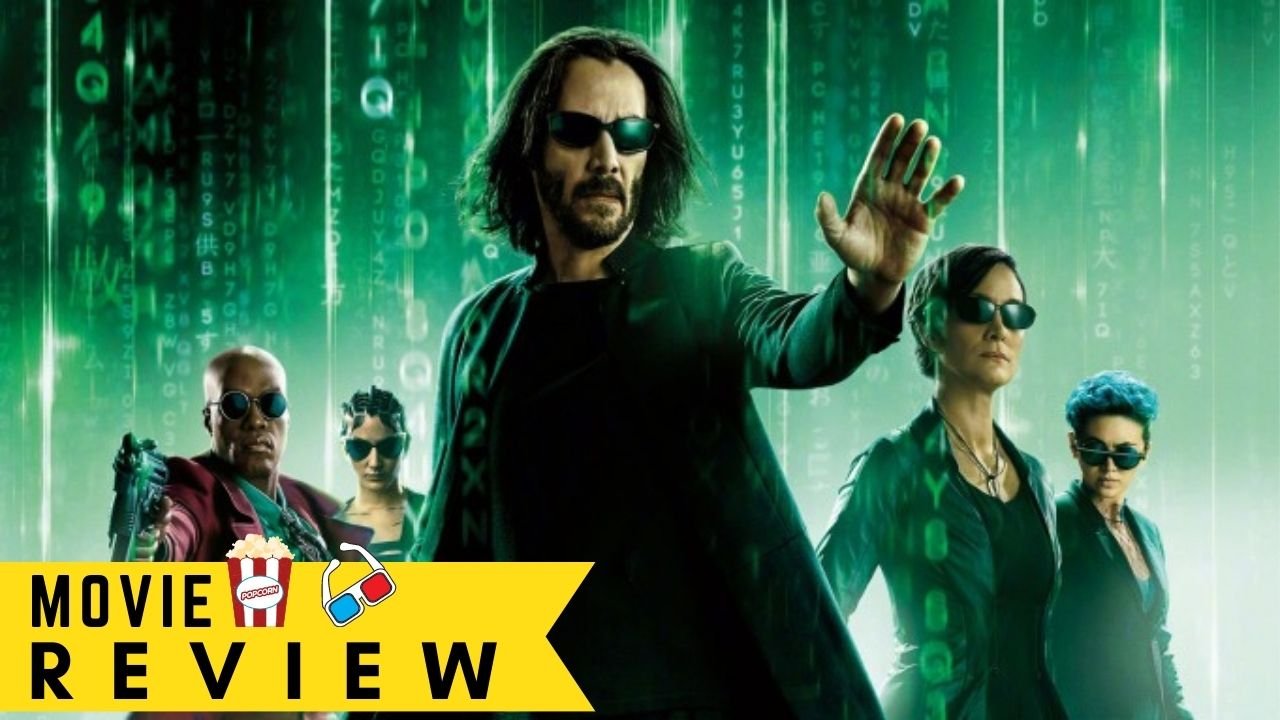 The Matrix Resurrections tries everything to give a new life to the franchise, but lacks the soul while the body still remains in very much good shape.

To find out if his reality is a physical or mental construct, Mr. Anderson, aka Neo, will have to choose to follow the white rabbit once more. If he’s learned anything, it’s that choice, while an illusion, is still the only way out of — or into — the Matrix. Neo already knows what he has to do, but what he doesn’t yet know is that the Matrix is stronger, more secure, and far more dangerous than ever before.

Wachowski’s first attempt in The Matrix series ‘The Matrix’ (1999) left viewers and its spellbound it with its groundbreaking idea and mind-blowing presentation. The Matrix still remains the best film in the franchise and one of the finest sci-fi-action films of our times. After the wonderful achievement, Wachowskis made two more films, ‘The Matrix Reloaded’ (2003) and ‘The Matrix Revolutions’ (2003), but frankly both the films couldn’t really match the first one.

However, these two films have been enjoyed by certain fan groups for more complex and illusional storytelling. After waiting for 18 years, Lana Wachowski has given another attempt to revive the franchise with The Matrix: Resurrections, which has some issues of its own but the fans have enjoyed Revolutions, can enjoy Resurrections too. I am certainly not one of them so count me out already.

After denying the possibilities of a fourth Matrix film back then, Wachowski has finally come up with the new idea- co-written by David Mitchell and Aleksander Helmon. Resurrections are set 20 years after Revolutions. Neo (Keanu Reeves) is living a normal life as a game developer under his original identity as Thomas Anderson in San Francisco, California. Trinity, as Tiffany (Carrie-Anne Moss) too is living a family life but then appears a new version of Morpheus (Yahya Abdul-Mateen II) to take Neo back to The Matrix- by his own choice. He offers the Red pill which reopens Neo’s mind and brings him back to his senses.

Neo joins the group of rebels to battle out Smith’s illusional world, and the rest you have to see in the film. The screenplay is unnecessarily slow in the first half causing boredom, but the second half has picked up well. It’s confusing at some points, that’s not surprising, because we are into The Matrix Universe and that’s the USP factor here. But it is not impressive either. Why does it spin so much? Nobody knows. You will enjoy the villain factor though. It’s surprising and wondering.

The Matrix Resurrections has got new faces in the cast- Yahya Abdul-Mateen II as Morpheus, Jessica Henwick as Bugs, Jonathan Groff as Smith, and Neil Patrick Harris as a Neo’s Therapist. Yes, you do miss Laurence Fishburne and Hugo Weaving, who played perhaps the most popular characters after Neo and Trinity. The replacement can’t be found but let’s not blame it on the honest performances of Yahya Abdul and Neil Patrick Harris.

Watching Keanu Reeves being helpless in a few scenes may feel bad, come on man, nobody likes to watch the kick-ass hero begging for something. Nevertheless, he does his part nicely and Carrie has supported him well. Our Desi Girl Priyanka Chopra appears towards the end for like 10 minutes but in very important sequences. Bugs is too cool for a female rebel, whether it is looks or action, Jessica Henwick is damn good there. I loved her haircut. Niobe was missing in action; however, she makes her appearance.

The action scene in Resurrections will please the hardcore fans. It has similar techniques earlier used with the boost of new technology and instruments. Visually, it’s as good as the previous films and the VFX team has done a really good job. Lana Wachowski’s vision gives ‘Another Chance’ to the franchise and to the fans, yes that’s what it is ‘Another Chance’.

The Matrix Resurrections is definitely watchable for the new attempt, fantastic visuals, good action, and complex storytelling. But it is not enough for the recommendations.

Wachowski has tried everything to give a new life to The Matrix series and it’s somewhat successful too but something is lost. The soul mainly. You just don’t get that feeling. Overall, strictly average and can be watched once.

Elementary Season 4 Review: Creative And Inovative. This Season Is By Far The Best One.