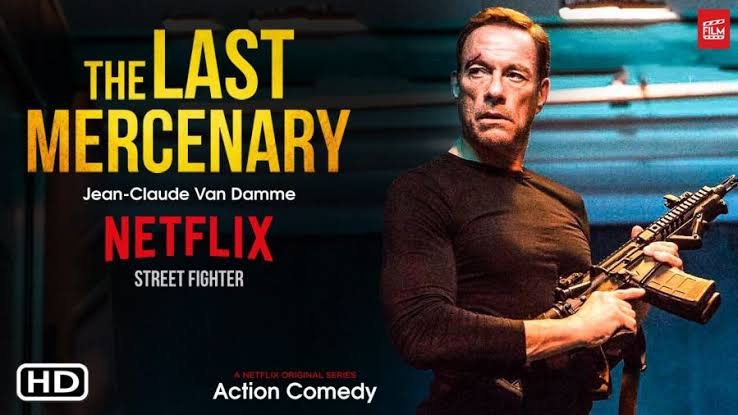 The Last Mercenary is a 2021 French action comedy film directed by David Charhon with a screenplay by Charhon and Ismael Sy Savane. The film stars Jean-Claude Van Damme in the lead role, along with a supporting cast that includes Alban Ivanov, Assa Sylla and Samir Decazza.

This film was way too long. The 110 runtime felt endless with too many long and unnecessary scenes. You could easily trim off 20 mins, and the slow pacing wouldn’t feel as obvious, and you’d still get the gist of the story, and probably in a more enjoyable way.

Novice writer and director David Charhon’s directing wasn’t bad for a newb, but he certainly needed to tweak his screenplay. It was convoluted, and there were just too many plot and technical issues, and was also riddled with pretty much every cheesy cliche of this genre. The best part of this entire film were the last 15 min or so, where you’ll find the most action and laughs. Everything prior is mainly useless filler.

The “comedy” was pretty stale, goofy and cliched – I may have laughed a few times, and the cartoonish cast didn’t make the comedy any funnier, or the story any better. Most of their characters were annoying and some even cringeworthy. JCVD of course delivered, especially during the fight scenes, and he was even surprisingly hilarious.

Nevertheless, it’s much better than the Bruce Willis and Steven Seagal garbage that’s come out in the last few years. If you’re a JCVD fan, this is a must see… his performance (and flexibility) is awesome.

A Bit Of A Mess It Got JCVD Doing His Thing