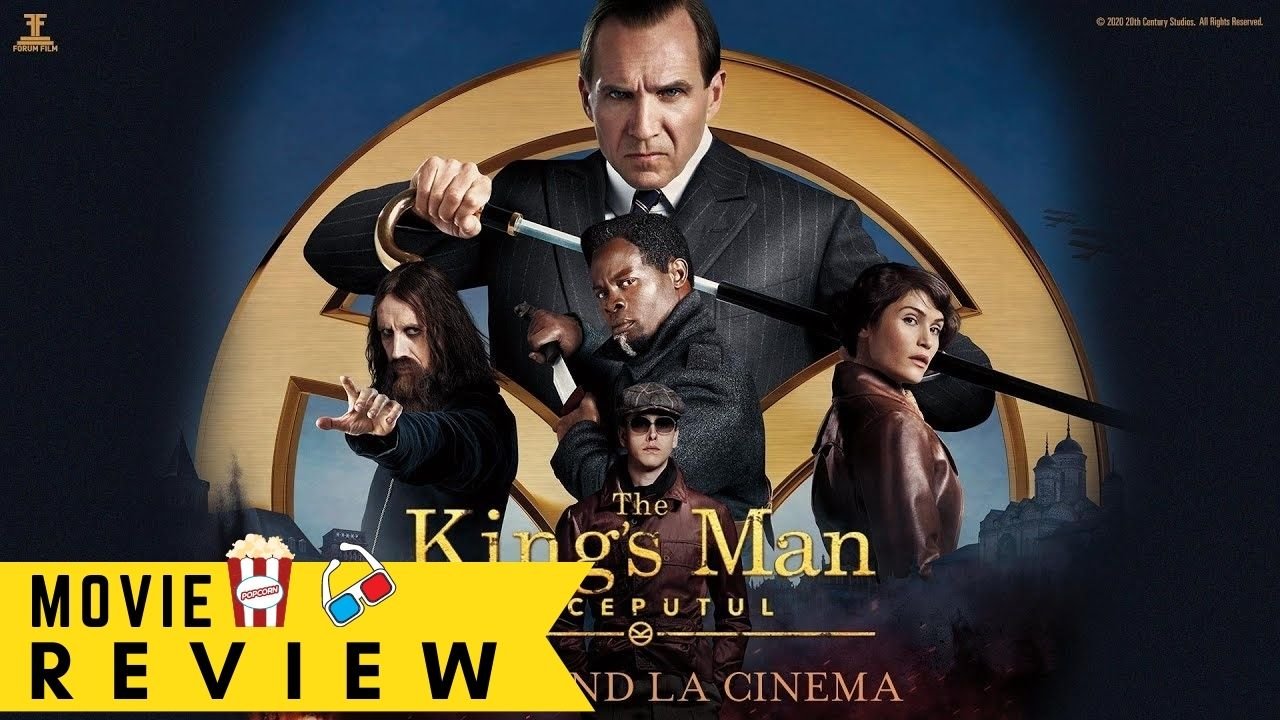 In the early years of the 20th century, the Kingsman agency is formed to stand against a cabal plotting a war to wipe out millions.

“Real power is not found running off to war. The real power lies in understanding who it is you’re truly fighting, and how they can be defeated.” Duke of Oxford (Ralph Fiennes)

“It ain’t that kind of movie,” I still remember this quote from “Kingsman: The Secret Service” (2014). However illogical that film was, this quote changed the entire perspective of looking at it. You see Lancelot getting cut into two pieces but there is no blood.

Well, let’s forget the logic for a moment and then you realize that it was a freaking entertaining action film with all modern techniques. The sequel “Kingsman: The Golden Circle” (2017) was slightly below the mark and now we have The King’s Man (2021), serving as a prequel to the best film of this series.

Yes, this film makes more sense because it has ‘A Logic’ all over the narrative but that drains out a lot of the thrill and amazing combat sequences you expect from this franchise. It’s not even a regular spy drama, for which this series is known.

It’s more like a war-action drama that ends on a note where you know what happens next if you have seen those two films. For the first-timers too, there is nothing complicated or unrecognizable. It’s like fresh fruit, and a digestible one.

This action Spy drama is set in the early years of the 20th century, where history’s worst tyrants and criminal masterminds gather to plot a war to wipe out millions. One man and his two proteges must stop them and that’s how the Kingsman agency is formed.

We have seen in The Secret Service how greatly talented the agents are. Yet, Lancelot is torn into pieces, but we don’t have any such brutal scenes here.

It might have looked funny though. The King’s Man may feel slow in the first half but the second half is very engaging. Things really move fast when needed, providing a terrific action-packed conclusion to the prequel. It has that compressed version of the larger-than-life action we saw in the previous two films because the War scenario never allows it to go all out.

Tsar, British, and American superpowers are used for the destructive setup which looks thin, but as mentioned earlier, it gives an extra boost of logical statistics.

The film stars Ralph Fiennes as Orlando Oxford in the lead role while his two proteges are played by Gemma Arterton (Polly) and Djimon Hounsou (Shola). Fiennes shows his finesse as the founder of Kingsman Agency.

In the first half, it never looked like this handsome fella would turn a bloody killer and yet not lose his charm in the conclusive part. Gemma and Djimon have got very important scenes to share and both have done quite well. It’s a little annoying to know that Rhys Ifans as Rasputin is wrapped up too early, who apparently portrays the deadliest character in the entire film.

Even the main villain looked nowhere close to him (hopefully, not a spoiler). Two of the best performances came from Harris Dickinson and Tom Hollander, that’s undeniable.

Besides the memorable Rasputin swordplay, in the final act, when Oxford uses a new-fangled parachute to storm the supreme villain’s high mountain hideout, the stunt work is just short of breathless, coupled with CGI to give a Bondian feel to the spy shenanigans.

The King’s Man has got plenty of action for the fans and this time with little more brain. The Secret Service had stunning, superfast action scenes which didn’t even allow you to blink, that is missing here.

Also The visual effects are amazing and you will love those top views of mountains and glittering icebergs, especially the way Cinematographer has captured it and the VFX team has made it shine.

Particularly The sunrise shot, when Harris Dickinson carries his fellow soldier on his shoulder and runs towards his hideout was extraordinary.  Even his death scene and his emotions were captured well.

“We are the first independent intelligence agency. Refined but brutal, civilized but merciless.” Duke of Oxford.

Matthew Vaughn has remained faithful to Mark Millar and Dave Gibbons’ comics in all three films. Marv Films did the right thing by not changing the director, because this man, Vaughn, knew what to do with the product. He had cracked that formula 7 years ago, but even today he hasn’t loosened that grip on his storytelling.

The factual understanding was missing in the previous films but here he got it alright. The King’s is not better than the opening film of the series and to be frank, that film might just remain the best in the series forever, but it’s a fulfilling ride for sure.

Like they said, ‘It ain’t that kind of movie,’ but you know it’s a new beginning and you have to watch it for the sake of your love for the Kingsman Agency.

If this film comes before “Kingsman’s Secret Service (2014) and Kingsman’s: The Golden Circle (2017)” Like how Batman Begins (2005) came before The Dark Knight (2008) and The Dark Knight Rises (2012) like a Beginning, Middle, and End, and added more depth to their fellow sequels. The King’s Man 2021 has more depth to their plot, staging, and how Kingsman Secret Service was established but it was failed because we saw the sequels before the prequel.

Overall, an average attempt to discover the early struggle of a beloved spy agency and somewhat adequate for your needs and expectations within certain limits. But 2nd half is enough for your ticket price.