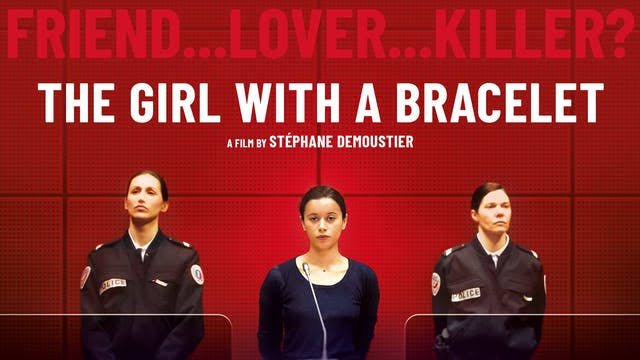 The opening scene of the film looks like a copy of the scene that opens the Romanian film ‘ Arest’ by Andrei Cohn that I saw recently. The scene takes place on a beach, is filmed from a far in one shot. A family spends a quiet afternoon by the sea. The police appear, snatching one of the people from normal life in order to throw her into a completely different reality, in prison. From here on the two films are different.

The arrested person is Lise, a 16-year-old teenager ( Melissa Guers), the daughter of a middle-class couple (Roschdy Zem, Chiara Mastroianni). The family’s life turns into a nightmare, being confronted with the girl’s pre-trial detention for six months followed by a legal procedure that after two years leads to the trial in which Lise is accused of murder. Most of the film takes place in the courtroom.

However, more questions about the morality of the accused seem to be put before the court than evidence to prove guilt. The girl’s lack of communication does not help her face the accusator, the judge and the jurors. Is this the natural shock that a teenager torn from normal life and thrown into legal proceedings under a terrible accusation goes through, or maybe it is a proof of guilt? Doubts sneak even into the minds of the parents.

I liked the approach of director Stéphane Demoustier. He films the court scenes as a TV broadcast, a neutral-style justice drama. Even the scenes that take place between the parents, or between the parents, the girl and her brother are devoid of sentimentality and do not give explicit answers to all the questions.

Precisely due to the director’s objectivity, the spectators, like the jurors of the trial, can form their own opinions. Perhaps the lawyer’s plea contains the key to watching the film: how much do we understand, parents and grown-up people, of the problems and feelings of young people, how much do we remember and how much did we forget about how we were at their age? Minimalism also characterises the way actors are directed. Melissa Guers as Lisa makes an exceptional debut which is hopefully the beginning of a formidable career. Roschdy Zem and Chiara Mastroianni are very well cast in the roles of parents, reserved and keeping their troubles inside.

I even wondered while watching what the heroine there would have thought about this prosecutor who seems to be trying to convict a young woman of murder without concrete evidence, practically asking the accused to prove her innocence instead of her, the prosecutor proving the guilt beyond of any doubt, as required by the laws of justice.

The Girl With A Bracelet (‘La fille au bracelet’) is the kind of movie that is sometimes said to resemble a long episode of a TV series. In this case, however, it is much more, it is a court drama with a story and characters that accompany the viewers long after the screening of the film is over.

Do we really know the ones we love? Stéphane Demoustier poses a difficult question in his tense courtroom mystery