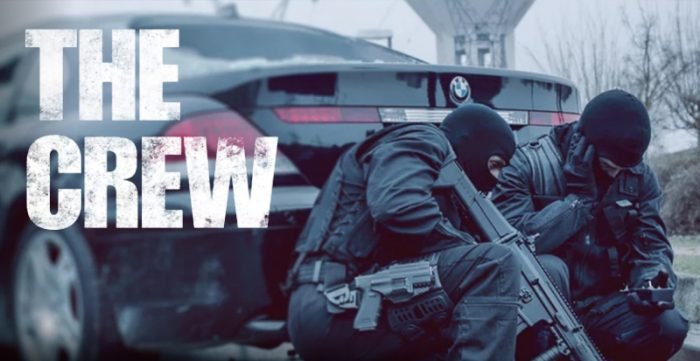 I didn’t know any of the actors in the movie. I don’t speak French so I was dependent on subtitles for the context of the story. I didn’t know anything about the movie at all save for the one-line description about it in Netflix. All of that didn’t stop from being impressed with this French movie.

The movie had a decent 6.3/10 rating in IMDb.com and that convinced me to give it a chance. I’m glad I did. It was tagged as an action, crime, drama but I was hoping that it would live up to the “action” category and it did. It’s a relative short movie (around 1 hr, 20 mins) and that’s a plus.

I just wish that whoever came up with the English title – The Crew – was a little bit more imaginative.

Don’t ask me what I would call it because I really don’t have the inspiration to think of an alternate title right now but I’m 100% sure that I won’t call it just that.

Anyway, the film was about a crew (duh) of robbers or thieves who were based in Paris. Their success depended on keeping their circle very small and very tight. The brain of the group was a smart criminal named Amine.

Among the members were his brother, their sister’s lover, and another member. Their specialty is planning and executing heists for big time fences.

The group encountered a problem after one of their recent heists and that put things in motion.

Amine was put into a situation where he needed to plan a job that goes against the group’s moral code to save his crew. So were they able to do it without getting killed or arrested by the police?

How will Amine get his crew out of this bind especially if they’re going against an organization who’s willing to kill to get what they want?

There was enough action to satisfy action movie enthusiasts. The fight scenes were not John Wick- style but it will get your heart pumping especially once you’ve become invested in the characters.

There’s not much fanfare or fighting artistry and all those things. What you’ll get are real-looking encounters and realistic reactions to extreme situations.

I loved that the movie kept me on the edge of my seat thinking about what’s going to happen next.

There aren’t many explosions and there’s no real action hero here. Just a well-written story and cinematography that’s executed with care. The plot is not original and it can be predictable to a point but it worked.

Note: The Crew available on Netflix

Weak Hero Class 1 K-Drama Review: This series has blown my mind. Hands down!! Must watch it! Don’t even think twice.