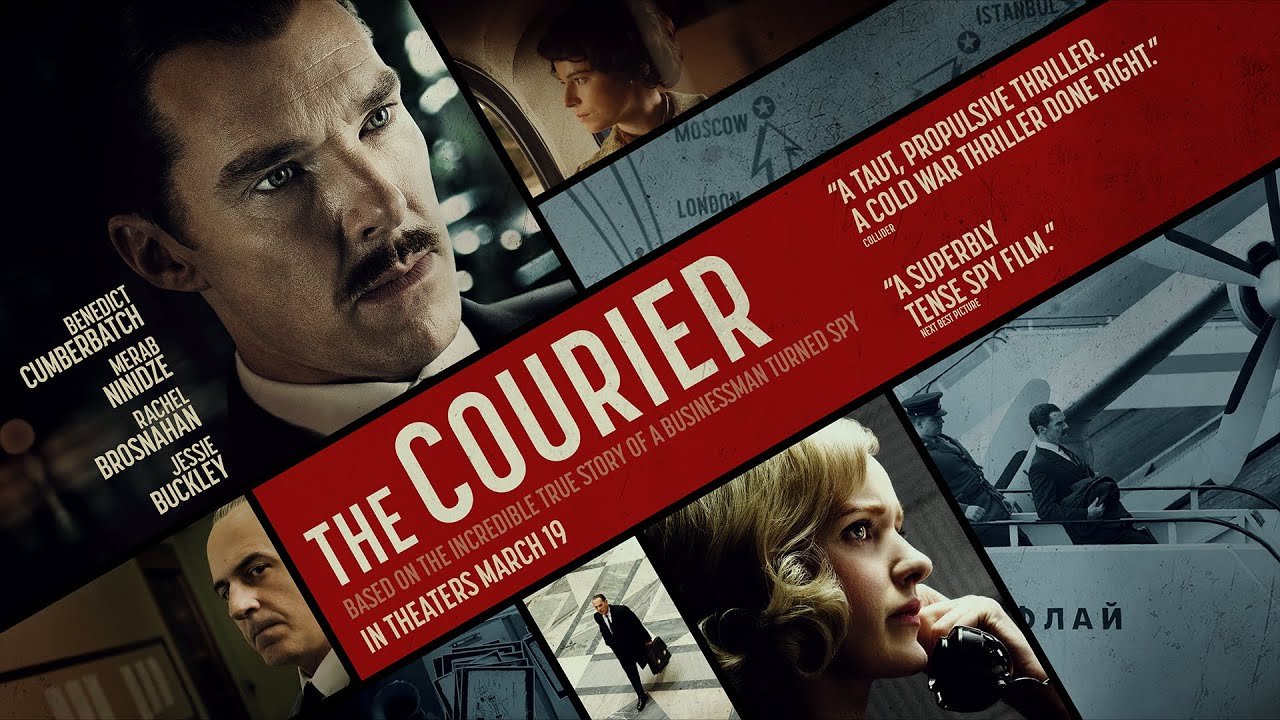 Cold War spy Greville Wynne and his Russian source try to put an end to the Cuban Missile Crisis.

Benedict Cumberbatch steps into the unassuming shoes of Wynne with an enlightening performance worthy of a character whose brave actions during the Soviet Union’s military buildup in the early ’60s directly led to a peaceful resolution of the Cuban Missile Crisis, thereby pulling the world from the brink of nuclear war, and saving an untold number of lives.

As the film opens, we meet Wynne, a working class schmo whose special gift includes wining and dining potential clients who show interest in buying his company’s engineering gizmos and gadgets. However, it’s his access to eastern European markets that gets the attention of British MI6 operative Dickie Franks (Angus Wright, Rogue One: A Star Wars Story), and CIA agent Emily Donovan (Rachel Brosnahan, The Marvelous Mrs. Maisel), who eventually coax the gullible Briton into agreeing to meet with a Soviet official who wants to communicate with the West.

Of course, the meeting will need to take place behind the iron curtain of Nakita Kruschev’s (Valdimir Chuprikov) tempestuous Soviet reign where every person on the street is suspected of being a foreign spy, so it’s high stakes and plenty of tension as Wynne travels to Moscow to meet with Soviet military intelligence (GRU) colonel, Oleg Penkovsky (Merab Ninidze). The two not only devise an ingenious system for getting secrets out of the Soviet Union, but they also build a strong bond of friendship as well.

It’s this friendship around which Cooke builds his story, that gives the film a strong human element. With the help of a sizzling hot script by Tom O’Connor who hits all the right spy thriller notes, their story, while not entirely original, is a smoldering look at the world of spies and double agents that keeps us on the edge of our seats.

As expected, The Courier operates on a slow burn pace with dangerous stakes that build with every meeting between the two operatives. Messages are passed in rather random and unsuspecting ways, whether in secret cleaning detergent cans, or hand-passed notes stored in false-bottom desk drawers, as the pair pull off their hijinks right under the noses of Soviet officials. However, the stakes couldn’t be any higher for either man on the Homefront as saving the world could also mean losing their family. Important considerations are brought to the forefront that highlight the struggle over duty to country and the importance of family.

The Courier is a well-made and informative spy thriller that features several memorable performances, namely that of Cumberbatch and Ninidze. Cooke’s decision to lean into the relationship side of the story was a good one, and the cinematography ofSean Bobbitt lends the proceedings a deliciously gritty Soviet-era drabness that plops us right into the Cold War mindset. But I couldn’t shake the feeling that we needed to spend a bit more time on the actual spy craft and clandestine tactics that made it possible for these two men to pull off what they did.

Note: The Courier is now streaming in Amazon Prime