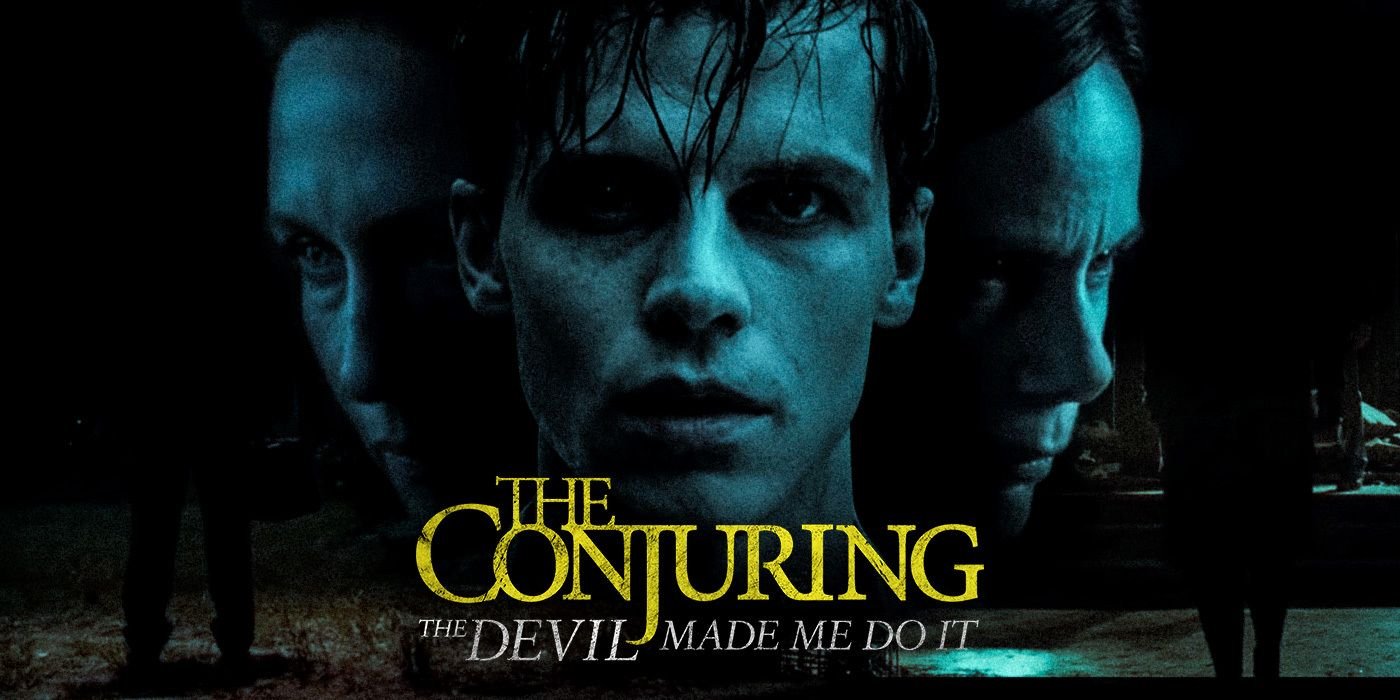 THE CONJURING: THE DEVIL MADE ME DO IT is an American Supernatural Horror film, directed by Michael Chaves (The Curse of La Llorona (2019)). The film serves as a sequel to The Conjuring (2013) and The Conjuring 2 (2016), and as the eighth installment in the Conjuring Universe. And this film was not directed by James Wan, who was the director of previous two film but he produced the film on Atomic Monster Banner.

From the opening shot, you completely invest yourself in this film. The first exorcism takes slow but once the devil’s game starts, your home theater will be a blast. The first exorcism is too good and also scary with an excellent performance by the lead and the boy ( David) and the real plot was introduce in the exorcism sequence itself. I have to admit, the first 10 minutes of the film were extraordinary. Then, “really this movie terrifies? any scary? creepy?

No, not at all. The film takes a u-turn (10-0). The real problem in this film was Screenplay. There are no subplots. One-dimensional characters. No emotion bonding. Slow narration makes this film completely bad. Once the investigation begins, we hear a lot of stories about a child born with an outside heart. But at the end of the film, you will have a lot of questions ” where the stories connected? what happened? why happened?”.

There is a rule in horror genres, The Evil ( or devil or possessed person) must have a purpose in doing evil things. Without any purpose or goal, they can’t live in the human world. That’s what we have seen in the previous two films. Lead characters try to find who? why? then they destroy the evil at the end. But here, in the end, you have a lot of unanswered questions. The investigation process also not good. The backstory to evil also not clearly shown.

This film lacks that kinetic haunted-house element. This is the weakest film in the conjuring series. This movie is such a drag. So unlike the previous installments. There is absolutely no tension and you don’t feel connected with the characters. The story here felt really forced. What would’ve been interesting was to focus on the court case and how the defense of “Demonic Possession” would have held up. That’s the movie I would’ve liked to see. But that can’t happen.

The only thing that keeps the film afloat is the characters of Ed and Lorraine Warren, and more importantly their charismatic performances by Patrick Wilson and Vera Farmiga. Music is haunting. Production values are excellent. The cinematography is excellent. Screenplay and Direction are weak. All the subtlety the original film had is completely gone.

OVERALL: #RestoreJAMESSWAN originality. There was nothing scary about this film, and the few jumps scare it had been very obvious so not one for you if you like your horror films to be scary…

Note: There will be 4th installment in the conjuring universe.