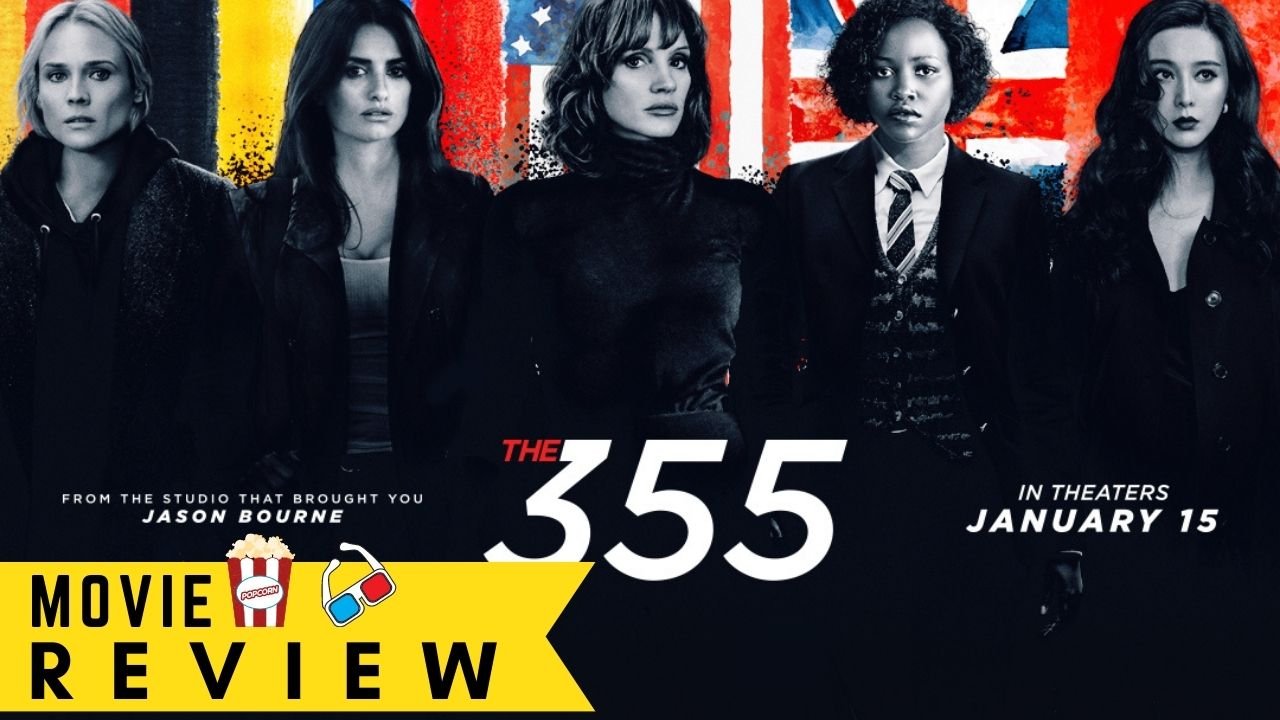 CIA agent Mason “Mace” Brown joins forces with a rival German agent, a cutting-edge computer specialist, and a Colombian psychologist when a top-secret weapon falls into the hands of a group of mercenaries.

Together, the four women embark on a breakneck mission to save the world while staying one step ahead of a mysterious figure who’s tracking their every move.

After the disastrous Dark Phoenix, Simon Kinberg was allowed to make another movie for some reason. And once again, he has shown that he believes that “strong female character” means “girl that go punch kick pew,” and that “gripping action sequence” means “shaky cam, flimsy hits, and sound effects.“

Jessica Chastain is Mace, a woman who is a spy and a powerful, strong woman, which is why she is named “Mace” because it leaves the audience in no doubt that she is powerful and strong and a woman.

After Mace’s spy partner/boyfriend Sebastian Stan is killed, Mace recruits Lupita N’yongo, who is also a woman and a spy and powerful and strong, and Penelope Cruz (coincidentally a woman and one who is powerful and strong but is a scientist and not a spy) to help her avenge his death and to recover a magic computer program that can access all the computers in the world and which is being auctioned off to the highest bidder by men, who are evil.

The strong, powerful women chase after the computer program and beat up lots of men who are evil. (They do this in spite of the men being twice their size and, unlike most of the women, not on the wrong side of 40).

Along the way, they meet Diane Kruger, another powerful and strong woman who is a rival spy, and Fan BingBing as another rival spy who is also a woman and strong and powerful. Some of these women are also minorities, like the number of good lines in the script.

Eventually, all the powerful and strong women, even the rival ones, come together because they are women and they use their powerful, strong womanly womanless to stop the computer program from destroying the world but in the process discover that the only mistake Mace made was having Sebastian Stan as a partner because he is a man and as such was secretly evil and faked his death in order to steal the magic computer program.

But then they stop him too with their combined powers of estrogen and weakness and everything is OK except for Jessica Chastain’s career because this is something like the 5th time she’s made this film (see also Ava etc.) and the only notable thing about this version is that it is much, much, much, much worse.

The script would have been rejected if pitched as an episode of a generic 90s action TV show, the directing is feeble, the acting blah, and the forced wakens hilarious. When the strong, powerful women have to have OBVIOUS body doubles for their action scenes, maybe the producers should have started questioning the film’s entire premise.

Whoever is providing them with money might also want to ask some questions since this stinkfest apparently cost $75 million+ to make and took a grand total of $4.8 million on its opening weekend, coming in 3rd behind Spider-Man in its 4th week of release and Sing 2 which is apparently an animated sequel for kids about a singing CGI koala and was in its 2nd week.

It is also notable that Charlie’s Angels (2019), Hollywood’s last financially-disastrous and widely-mocked attempt to foist woke women spies on an uninterested public opened to about $7.1 million which is almost double.

Technically, the camerawork is excessively shaky and the editing is overcut, fruitlessly compensating for dull action. The production design is uninspired and limited. The audio design is involved but sometimes misuses action sounds. The music is forgettable and the effects are overly sanitized. Lastly, the direction lacks unity, creating a mundane and inconsistent experience. None of this is necessarily terrible, but The 355 just isn’t great.

Overall, it feels like a halfhearted ploy that capitalizes on good-natured people who want to support minority empowerment. Unfortunately for those viewers, The 355 does very little for the female cause.