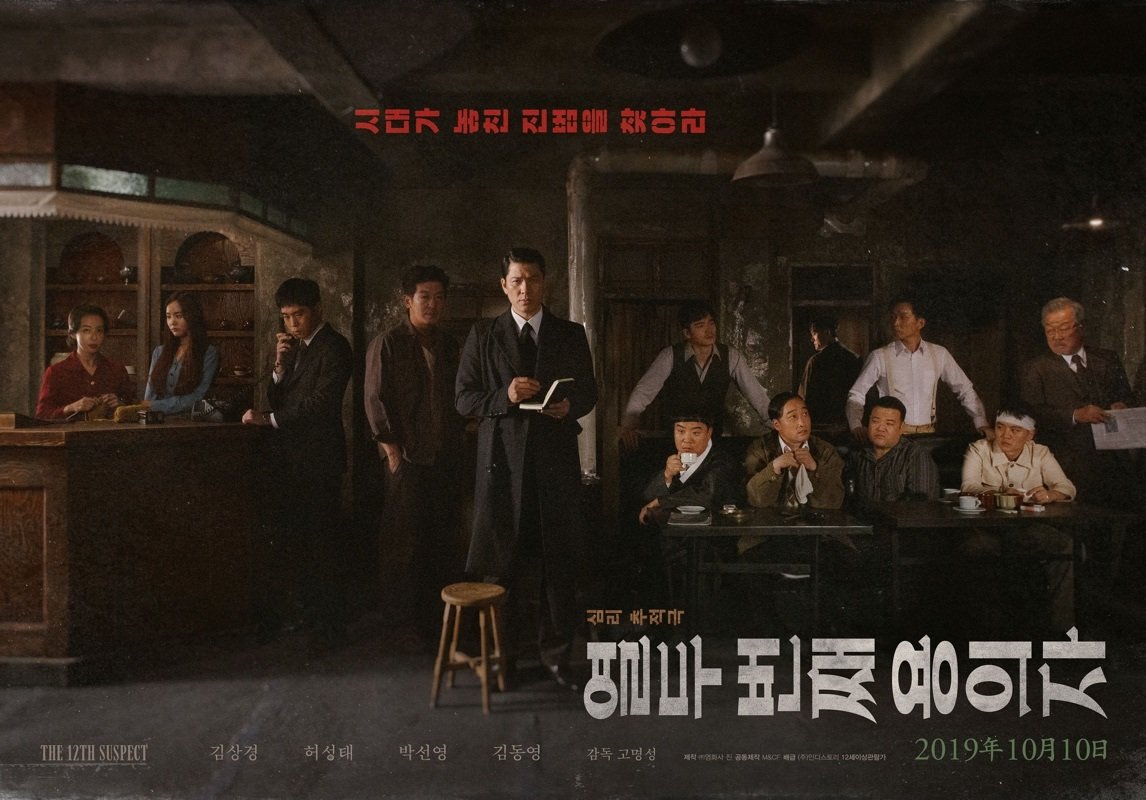 WHO IS THE REAL SUSPECT?. An atmospheric, gripping mystery-thriller and political movie, set at the end of the Korean War

Just after the end of the Korean War in 1953, an investigation into the murder of a poet in Namsan is launched and focuses on ten suspects.

This was not a fun thing to watch. I watched this film as expecting it to be a usual whodunnit film. I was very very wrong.

The genre seemed to change many times throughout the film. I also couldn’t really get attached to any of the characters which might’ve made me not as enthralled in it. The set up and the beginning were so well done.. then it just spiralled and fizzled out.

That could be because the characters didn’t really have a huge chance of getting known. I did however enjoy the tea house owners. The acting from all of the “suspects” was basically okay. The two who stood out the most were obviously Kim Sang Kyung, and Heo Sung Tae. Glorious.

The music always suited every single scene which was great. Whether it be light, dramatic, or scary it did the job.

I like watching movies that have justice served in the end. This movie made me feel as though not everything was resolved in a way that suited me. As I just watched the movie and it’s so fresh I wouldn’t be able to say that I’d want to watch this again. Maybe the first 29 minutes or so.

However if you enjoy complicated, misleading and whodunnit transition into a dark “wow didn’t expect that twist” movie.. Then give this film a shot.

Note: The movie is made on Low budget, with cinematographer Park Jeong-chul’s soft, warm images providing a well-placed false sense of fuzzy nostalgia that jarringly blankets the ugly secrets that get revealed.