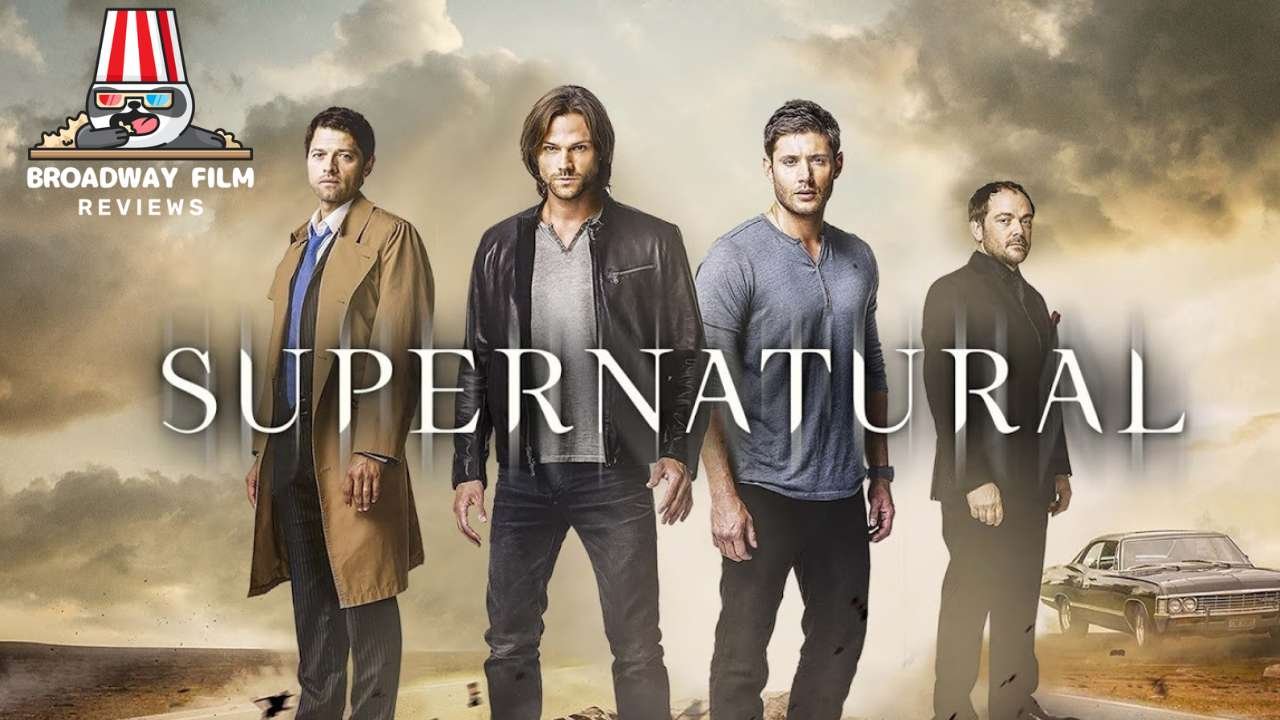 Brothers Dean and Sam follow in their father’s footsteps and set out to eliminate monsters, demons and, other supernatural entities that exist on Earth.

I watched Season 1 a decade ago. And I didn’t continue to watch the remaining seasons because then I was more curious to watch films than TV series. A few weeks back, I started deleting some movies, series, and documentaries.

Three weeks back I started again from Season 1;

I’m not going to lie. I loved it till Season 10. There are boring in the middle but always rise in the end.

The show then cut to the present where Sam is in a live-in relationship with his girlfriend and he waiting for a law school interview. Suddenly, one night Dean shows up and asks Sam for help to find their father who has gone missing for three weeks.

Also, Read Poker Face (2022) Review: “Not Great Nor Not Bad but Russell Crowe should Stick To His Acting Career Rather Than Directing”

First, Sam avoids and later he agrees to help but he will be back before Monday for his interview. Now the adventure begins…

The series originally focuses primarily on the brother’s Dean Winchester and Sam Winchester, played by Jensen Ackles and Jared Padalecki, as they travel throughout the country hunting down evil supernatural creatures. In each episode, you see a new type of demon, creature, etc…

This series falls into the same structure but at the end of every season, the cliffhangers are fire. There are plenty of characters in this series but I’m going to talk about only five characters.

In Fast & Furious films, Vin Diesel always says, “I Don’t Have Friends, I Got Family” if you watch this series you understand the value of family and friends. Dean scarifies everything he got and makes deal with Death, Demons, the King of Hell, and Angels for his family.

First I had unclear thoughts on Angles because they always got Dean back. When he was sent to hell or he was in dying moment Angels comes to save him. Dean doesn’t have faith in God but God has faith in Dean. In the process, you clearly see why he was chosen.

After watching Ten Seasons, I felt this quote will be perfect to describe who Dean Winchester is,

“I don’t care how many demons he’s fought in how many hells.
He’s never fought us. Not us united.”

I bet everyone, can’t dislike this character or the guy who portrayed it. My favorite character after Thomas Shelby (Peaky Blinders).

One of the irritated and disliked characters in this series. After his mother died, he had a rough life because of his father and his training. So he wanted a normal life like everyone, so he leaves everything and goes to college. After his girlfriend is killed by the same yellow demon, he back to the hunting business to take revenge.

The reason I hate this character is, he always makes his own choices and does some crazy things that lead to big consequences and his brother Dean comes and cleans everything he did.

Why I stopped watching Supernatural in the 10th Season because of this character. He does a conspiracy behind Dean, and in the final episode, he opens the gate of the darkness of hell.

And I know one thing sure, in the first episode of Season 11, he says, “I’m SORRY”. He has been telling all the season. And you know what he is the reason his mother died.

An Angel who helps Dean in any harmful situation and he is the one who brought Dean from Hell. He travels throw Winchesters and he adjusts to living on human when he lost his grace. I liked this character very much. In season 7 he releases the most dangerous creature “Leviathan” from their prison in Purgatory.

He tries to stop and send them back to purgatory, in the process he lost so many angels and he was hated by other angels for giving more importance to humans, especially to Winchesters, so he stays on earth for while.

After Dean, this character has so many Arcs. Angels can’t have bodies so they possess a human body (vessel) to communicate or do their work.

He is a hunter and also a father figure to the Winchesters. After John Winchester died, Dean and Sam were mostly close to Bobby. He helps the Winchesters in any situation even if he has to visit hell.

Also, Read Lost Bullet 2: Back for More (2022) Review: “Has Over-The-Top Action Sequence but not less on Entertainment”

He has all the information on demons and angels, and he has spells too. He helps all other hunters in the world with info and he joins them. After his death, he went to hell because he went against the king of hell. Later, Sam breaks out Bobby from hell and sent him to heaven.

This character too has many shades. He killed his friend’s wife because she was possessed by a demon. The guilt stayed with him, so, he slips into drinking. He was the second person trusted by Castiel (Angel).

One of the best-written evil characters. He too has many shades. First, he was a normal evil, who make humans wish and makes deals with their souls. But, when Dean locks Lucifer and Michael in a cage, Crowley becomes King of Hell. He always plays both sides for his own advantage.

In season 10, he becomes less cruel because of Dean. He always seeks friendship with the Winchesters. He too killed so many Angels when they fell on the earth. Crowley sometimes helps Castiel.

There are few characters in the series but they are all focused less and they don’t do much.

If you ask why I have to watch this series, and my answer is, “Thought Provoking, evil creatures, shapeshifters, sacrifices, some old-school music, and so much fun”.

Each episode focuses on a different legend such as the woman in white, bloody Mary, vampires, etc. Each was handled very well and with a surprising amount of knowledge.

You can tell that ghost storytelling is a real labor of love for the creators. It also introduces a lot of lesser-known legends such as the wendigo, shrika, etc.

Someone is doing their homework and I can’t wait to see what creatures appear in later episodes. The references to other supernatural shows such as the x files and Ghostbusters are an added treat for fans of the genre.

As is the classic rock soundtrack. My god, someone has taste.

I wouldn’t say Supernatural has “made scary sexy”. I would say it’s made scary cool again. If only I could be cool again too. Maybe I would be if I had a 1967Chevy Impala too.

If you like the genre of “things that go bump in the night” this is a great series. You have to stretch your imagination to take in demons and angels and werewolves and vampires but if you can do it, this is good stuff.

For me personally, the most difficult thing to believe was how the random female extras, especially in the early seasons.

BLACK ADAM MOVIE REVIEW: DC Universe is Back with BANG…