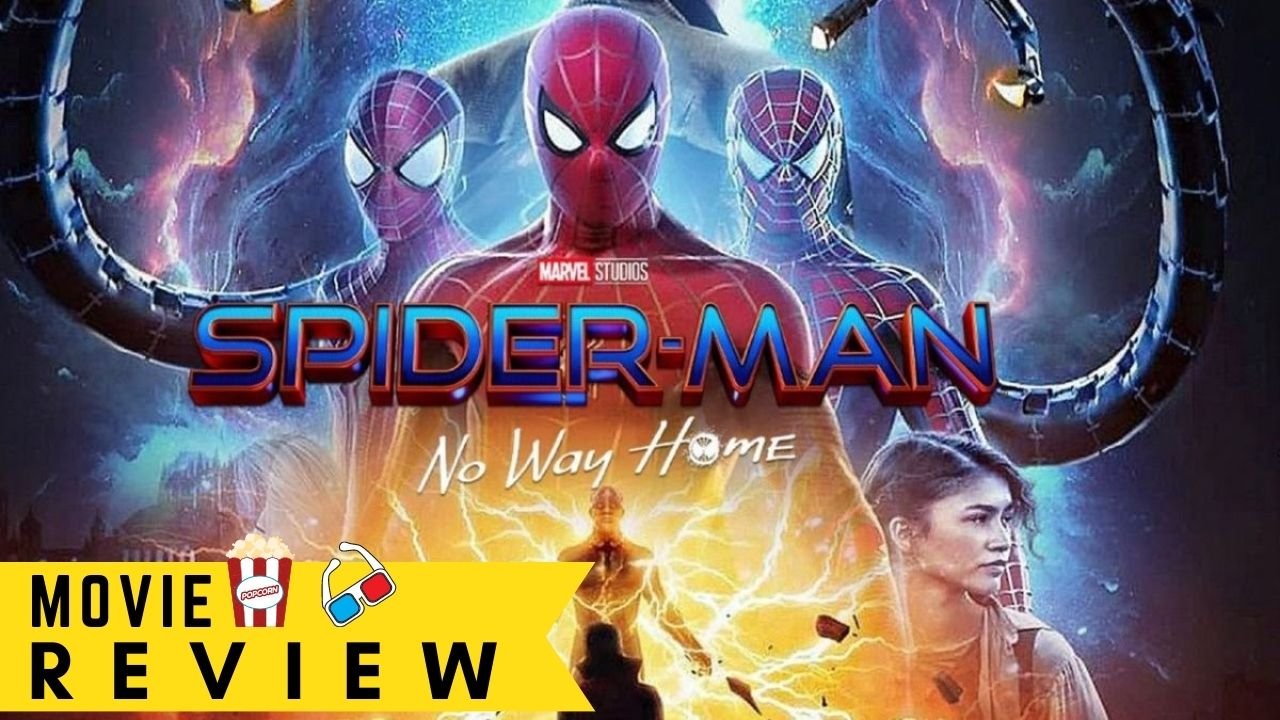 The Most Awaited Movie Of 2021 Turned Out To Be An Absolute Masterpiece! With The Hype And Wait Being Worth It.

After Quentin Beck frames Peter Parker for murder and reveals his identity as Spider-Man, Parker, his girlfriend MJ, best friend Ned Leeds, and aunt May are interrogated by the Department of Damage Control. Lawyer Matt Murdock gets Parker’s charges dropped, but the group grapples with negative publicity. After Parker, MJ, and Ned’s MIT applications are rejected, Parker goes to the Sanctum Sanctorum to ask Stephen Strange for help.

Strange suggests a spell that would make people forget Parker is Spider-Man. Parker repeatedly requests alterations to let his loved ones retain their memories, which corrupts the spell, but Strange contains it and makes Parker leave.

I cannot express how much I thoroughly enjoyed this movie. It was a cinematic masterpiece that gave so much nostalgia. The inner child in me came out and I really felt like such a giddy kid at Disney world. I grew up watching all the Spider-Man movies as a kid, and of course Tobey Maguire was my favorite. He’s the og and he’s the reason I absolutely adore Spider-Man.

Then Andrew Garfield’s Spider-Man movies came out and I loved those just as much, but of course I hated the ending in the second one. Now on to Tom Holland’s Spider-Man, and I have to say, he’s incredibly good. He nailed that role. All of them are so amazing and play such a unique Spider-Man.

Now on to the movie. Every part was amazing, it didn’t feel dragged out or anything. Of course more time would’ve been nice, but it was still fantastic. It was so cool to see Daredevil in it for a little bit. That scene where he fought doctor strange was just mind-blowing.

I had a feeling Aunt May was gonna die, especially since she said that famous quote from Uncle Ben in Tobey and Andrew’s movies. Absolutely heartbreaking, but it builds on to the character development. I just knew that Tobey and Andrew would be in this movie, but a small part of me doubted it so that I wouldn’t get my hopes up.

But when they came on to the screen, it felt so surreal and the audience went wild. It was so incredible to see all of our favorite Spider-Man on the screen together. I loved seeing them and their interactions. My favorite part was when MJ fell and Andrew’s Spider-Man caught her😭 like, it felt so heart-warming and it genuinely brought tears to my eyes because we all know he couldn’t save Gwen, but he just had to save Tom’s MJ.

And you could see him getting all teary eyed and it just made that moment even more special. Honestly that was one of the greatest scenes and I just keep replaying it in my head. I have never seen an audience go this wild (even compared to Endgame/Infinity War) when Andrew swooped in to save her, there was so many applauds and “awwws” all around. Truly magnificent. I absolutely loved it.

The ending was bitter-sweet. We said goodbye to our favorite characters and I hate that everyone forgets Peter Parker (Tom), but it makes sense and we all know he will get MJ and Ned back. The first post credit scene was hilarious. Venom was there the entire time and rather than destroying stuff, he just sat at the bar and drank away. Him leaving behind a piece of the black goo stuff feels like another Spider-Man movie will be in the works. If that’s the case, I really hope to see Venom/Eddie, Harry Osborn, and maybe even Gwen Stacey.

If I had to say one thing I would say that maybe people who haven’t seen the other Spider-Man movies or even people who aren’t familiar with the Tobey Maguire movies probably won’t like this movie as much as the people who have followed all three Spider-Man’s stories up to this point because a lot of the magic that made me fall in love with this movie is definitely and the Nostalgia and being able to see not only the Spider-Man’s but these villains back on the big screen killing it like they do.

And thus marks one of the greatest MCU movie ever made. What they pulled off is nothing sort of mind blowing and commendable. Hats off to everyone involved and for making this dream a reality.

Make Money Online For Free In 2022