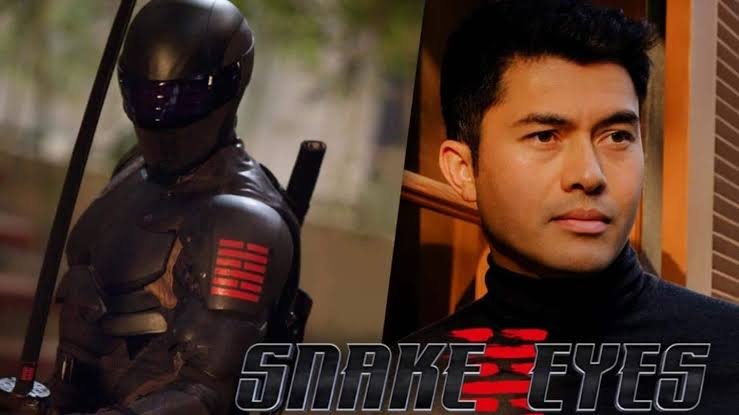 Snake Eyes: G.I. Joe Origins (also known simply as Snake Eyes) is a 2021 American superhero film directed by Robert Schwentke from a screenplay by Evan Spiliotopoulos, Joe Shrapnel, and Anna Waterhouse. Based on Hasbro‘s G.I. Joe media franchise, the film serves as an origin story for the title character, in addition to being a reboot of the G.I. Joe film series.

This is an origin story to Snake Eyes, one of the most interesting characters ever, and the film is missing a key piece of his origin story. Even if you are taking the story in a different direction, how can you miss Snake Eyes’s vow of silence? One of the biggest thing about Snake Eyes is that he doesn’t speak! By choice!

The film even had a perfect scene where this happens. When Storm Shadow leaves the clan, he could have killed everyone there and wounded Snake Eyes. It would have been the perfect moment for Snake Eyes to then take his vow of silence. But that didn’t happen.

Also, the Baroness was out of place in this film. I feel like she should have had that one scene where she spoke to Snake Eyes then never appeared again or very quickly in the shadows. Cobra needed to seem more mysterious, powerful, and ruthless. Maybe have her cut ties as soon as Snake Eyes and company began to win. The Baroness joined up with them way to quickly for being apart of Cobra. A knife would have had to be literally at her throat for her to work with and even that’s pushing it.

Good: Henry Golding is truly a star in this movie and would be a primary reason to watch it. A generic actor would not have the charm and wit, lending the movie to be a total wasteful action movie in 2021. The action is alright and uses A LOT of swords but is passable.

Bad: Writing is your average Ninja/Revenge flic. There is nothing new to the table and could have easily been made a couple of years ago.

Go in with and open mind set and i would say You’re going to have a good time, hope this is a start to a new Universe.

Overall though, it’s fun and promising for G. I. Joe to return if they can help add some finesse to the foundation.