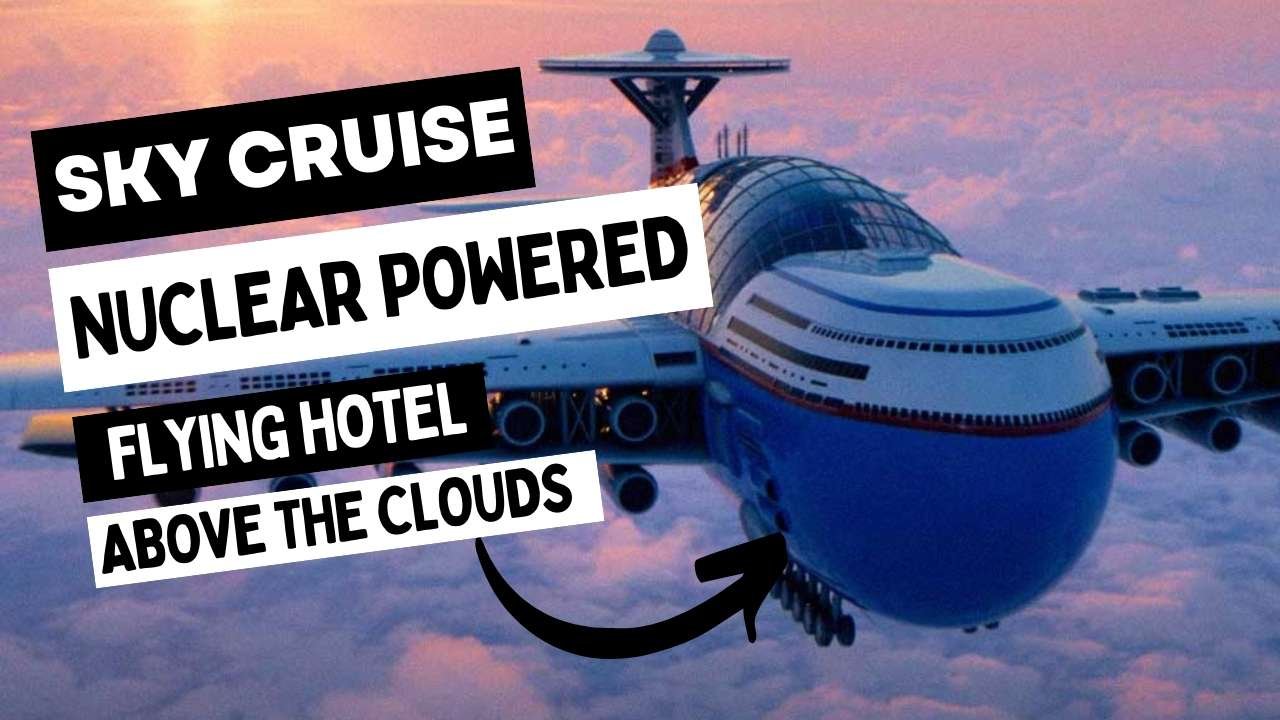 This futuristic Sky Cruise Flying Hotel is designed to provide you with an unforgettable travel experience. Sky Cruise, a nuclear-powered hotel, will be suspended above the clouds and can accommodate 5,000 people. Its sleek design includes not only commercial plane features but also a variety of luxuries. A viral video of this flying hotel has perplexed internet users.

Sky Cruise is a luxurious hall with an incredible 360-degree view of the surroundings, including breathtaking natural sights. The panoramic hall will be connected by an elevator to the main entertainment deck, which will include a shopping mall, sports center, swimming pool, restaurant, bar, children’s playground, and cinema theaters.

Apart from business meetings, there is also a separate area for organizing events such as weddings and birthday parties.

Sky Cruise’s developers claim that people won’t have to worry about carbon footprints because the ship’s 20 electric engines are powered entirely by clean nuclear energy. Also Sky Cruise can stay in the air indefinitely without touching down, thanks to this energy.

This sky hotel also has AI-assisted anti-turbulence technology. It also has medical technologies to treat any emergencies that may arise.

Sky Cruise will receive all supplies via other jets, eliminating the need for it to land. Passengers will also be ‘ferried’ to and from Sky Cruise by traditional airlines. Tony Holmsten created the original, which Hashem Al-Ghaili reimagined and animated.

Internet users have dubbed Sky Cruise the “new Titanic,” but they are also concerned. For starters, will it ever be built?

“It’s just a nuclear bomb running around in the sky with hundreds of passengers on it, threatening the people who live below,” one user wrote. Any crash landing would be classified as nuclear warfare.”

In response to his video, Al-Ghaili reiterates that it is just a concept, but he dreams of “a future where such stuff could exist,” even going so far as to quote Albert Einstein, “If at first the idea is not absurd, then there will be no hope for it.”

“This appears to have been designed by someone who is familiar with the concept of a “airplane” but has no understanding of how they work,” said another.