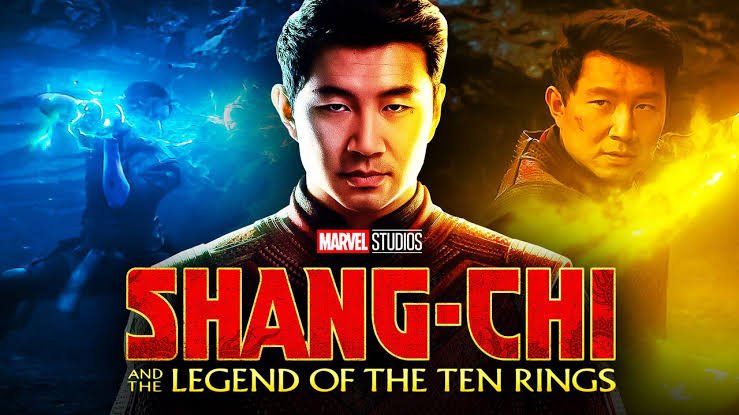 Shang-Chi and the Legend of the Ten Rings is a 2021 American superhero film based on the Marvel Comics featuring the character Shang-Chi. Produced by Marvel Studios and distributed by Walt Disney Studios Motion Pictures, it is the 25th film in the Marvel Cinematic Universe (MCU).

Martial-arts master Shang-Chi confronts the past he thought he left behind when he’s drawn into the web of the mysterious Ten Rings organization.

The film begins with a narration, Thousands of years ago, Wenwu acquired the 10 magical rings of the title. They’re bands worn around the forearms that make the bearer immortal and bestow lots of fabulous superpowers. Well, all superpowers are fabulous. That’s what makes them super. But these are even more so. For example, he assembles a shadow army and exerts all kinds of influence over millennia of world history, not that you’d know about that (this is where the shadowiness comes in).

So where, or when, does Shang-Chi enter the picture? Ah, a few decades ago, Wenwu goes to this timeless, sealed-off Chinese village with magical powers — there’s a touch of Wakanda to it, speaking of throwbacks — and he falls in love with a woman defending the village (Fala Chen), since she’s a match for him. Then one thing leads to another. Or two anothers: Shang-Chi has a sister, Xialing (Meng’er Zhang).

Here, actually, is a bit of a Marvel departure, one in keeping with the “Black Widow” release: female empowerment. Wenwu trains Shang-Chi to become the ultimate assassin. “From sun up until sundown, I was taught every possible way to kill a man,” he later tells a friend. This makes Xialing smirk. ”I watched everything they did and learned to do it better,” she says.

Not wanting to be an assassin, Shang-Chi runs away and fetches up in San Francisco. Now known as Shaun, he works alongside his best friend as a parking valet (“Shaun and the Legend of the Ten Carburetor Rings”?). Katy, the friend, is very amusingly played by Awkwafina; she puts that vinegary voice to excellent use. The look on her face when a martial-arts battle erupts on a city bus is the best special effect in the movie, and it’s definitely not CGI.

Also providing comic relief are a pair of Marvel returnees: Benedict Wong’s martial-arts monk, Wong, from “Doctor Strange” and those final two “Avengers”; and Ben Kingsley’s ham actor, Trevor Slattery, from “Iron Man 3.” Tousle-haired and bug-eyed, he’s so over the top, he’s right where he belongs.

“Shang-Chi” offers the occasional marvel (that’s the word): a sentient bamboo forest, armor forged from dragon scales, photon-shooting crossbows, a map made of water (all right, that’s a better special effect than Awkwafina’s amazement, and it’s definitely CGI). But overall the movie has too many dead spots. And they aren’t necessarily the non-action sequences.

Simu Liu as Xu Shang-Chi / Shaun, is too good in his role. He showed his martial arts in every Action Sequences very well. But his character never lift the plot because every character runs behind the plot.

Awkwafina as Katy, is the only character in film with comedy relief. Her jokes are enough to make the scene funny and worked well.

Meng’er Zhang as Xu Xialing, is the weakest character in the film. Her motivation are too ridiculous.

Tony Leung as Xu Wenwu, is the strongest villain with right motive do the evil things, what we missed in Black Widow. After Zod ( Man Of Steel), I liked his character Arc. I really cared because he loved her and did for her.

Rest of the cast was okay but we have to give big applause to the actors who performed stunts. They are the real heroes behind the screen.

At its heart, “Shang-Chi” is a movie about family. It’s easy to overlook what a big Marvel thing family can be: Thor and Loki; Tony Stark and his father; the stepfamily dynamics in “Black Widow”; the way the Avengers function as a kind of substitute family. So “Shang-Chi” is a throwback in that respect, too, and if it had the daring to emphasize family more, it might be both a better movie and extend the brand even further.

Like Black Panther, Shang-Chi is fun, exhilarating, and wise, but the formula gets tiring with no originality put into it whatsoever like every MCU film that came out in recent memory.