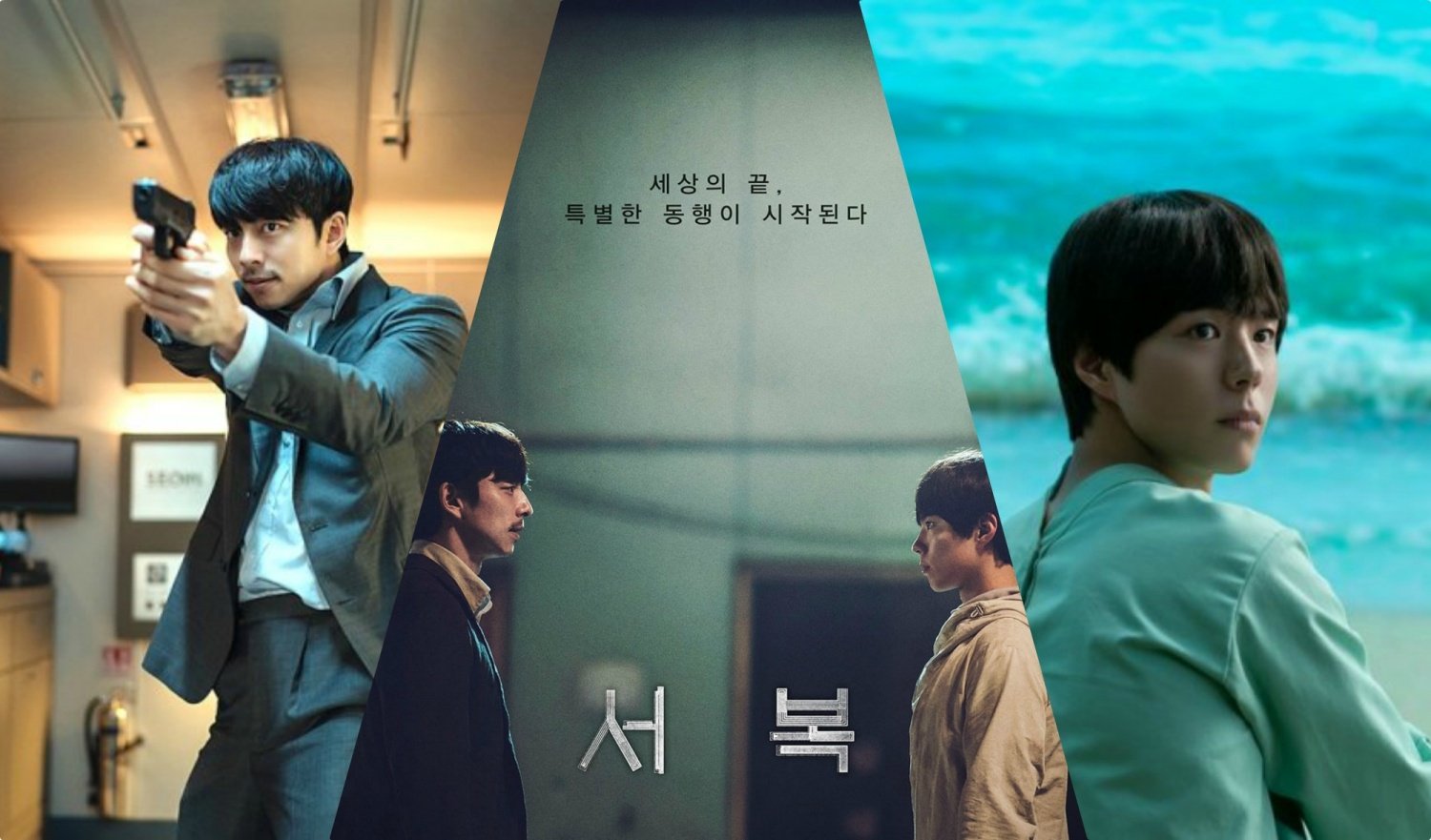 Seobok is a slick South Korean sci-fi thriller full of tense cat-and-mouse chases, cool action sequences, and corrupt corporations and political agencies. It’s a sprawling tale of espionage, both private and governmental, with assassins, betrayal, shifting loyalties, and all the expected trappings.

A former secret agent, Ki-heon, has been living in seclusion due to trauma. As Ki-heon meets a cloned human, Seo Bok, his restless journey begins

Mi Ki-hun (Gong Yoo, Train to Busan) is a former secret agent. A terminal brain tumor, along with burgeoning disillusionment with his chosen profession, led him out of the game. Now he has six months to a year to live and occasionally blacks out. Coaxed out of retirement for one last job, he’s tasked with protecting Seobok (Park Bo-gum, A Hard Day), the first ever human clone.

Who is also immortal. And has powers. And may hold the key to Ki-hun’s survival. As one might expect, greedy corporations want to use this technology to cash in, governments see the potential for weaponization, and other factions have their own agendas, end goals, and self-serving interests.

Ki-hun and Seobok find themselves besieged on all sides, unsure and unable to trust anyone, desperately looking for a way to survive, and uncertain of their new companions.

For all the action and genre trappings, at its core this is the story of Ki-hun and Seobok. Though a man in body, Seobok essentially has the intellect of a child, or at least the naivete and curiosity that go along with that.

He’s a fish out of water, immersed in the world outside a carefully controlled laboratory for the first time. It’s unfamiliar, overwhelming and alluring, beautiful and frightening, all at the same time. Even more so as he adapts to his abilities, being hunted, and learning what being human truly entails. Park embodies all of these conflicting feelings and sensations, synthesizing them into a complicated, nuanced performance of a character who is both incredibly powerful and exceedingly fragile.

As Seobok evolves, so too does Ki-hun, and Gong Yoo once again gets to flex his paternal muscles, acting wise.

Though initially motivated by selfish reasons, the relationship between the duo shifts and grows as Ki-hun tries to keep his emotions at bay, to remain cold and mercenary. Of course, it’s not that simple, and the two develop an earnest bond, both lovely and heartbreaking, one that just may save both of their lives and infuse them with additional meaning and a sense of purpose to boot.

As is so often the case in movies with big ideas on their minds, when Seobok attempts to stage metaphysical and ethical debates, it falls flat.

Characters moralizing and espousing different stances and perspectives plays exactly how that sounds, like the script stating and defending its main thesis. Not only are these scenes dry and dull, they suffer even more since the narrative makes these arguments much better elsewhere.

Ki-hun and Seobok, and their scenes together, dramatize the themes and ideas much more effectively than stock characters serving as mouthpieces ever can.

They lend the ideas and arguments a resonance and relevance, demonstrating them in practice rather than espousing theories back and forth, and the script should have confidence in itself.

Seobok could have played like a superhero origin story, and though strong, stylistic action underscores the surrounding film, its main concerns lie elsewhere With the characters ideas.

The often poetic, delicate meditations on what it means to be human, the ramifications of eternal life and playing god, and the moving relationship between the two protagonists. A bit long in places, Lee’s film remains compelling and moving throughout, deftly using its characters to personify and present its ideas.

“For those who want a fresh take on the moral quandaries tackled in science fiction, Seobok won’t leave you disappointed.”