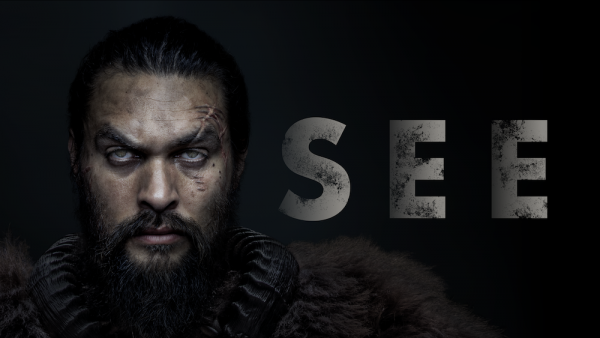 ‘See’ has also been renewed for a third season.

Apple TV+ has released the first teaser trailer for the second season of See. This first look at the upcoming season introduces Edo Voss (Dave Bautista), the brother of Baba Voss (Jason Momoa). In addition to showing off the next season, See has also received a renewal for a third season.

This teaser shows the rivalry between Edo and Baba, which culminates in the two meeting on a deserted bridge. Picking up where the first season left off, Baba is determined to save his daughter, Haniwa (Nesta Cooper), who has the ability to see. This first look also presents the world that this new season will explore, from snowy landscapes to massive cities.

“See” takes place in the far future and humankind has lost its sense of sight. In season two, Baba Voss is fighting to reunite his torn-apart family and get away from the war and politics that surround him, but the more he moves away, the deeper he gets sucked in, and the emergence of his nemesis brother threatens his family even more.

See Season Two will debut on Apple TV+ on August 27. The first season of See is available on Apple TV+ now. Check out the teaser above