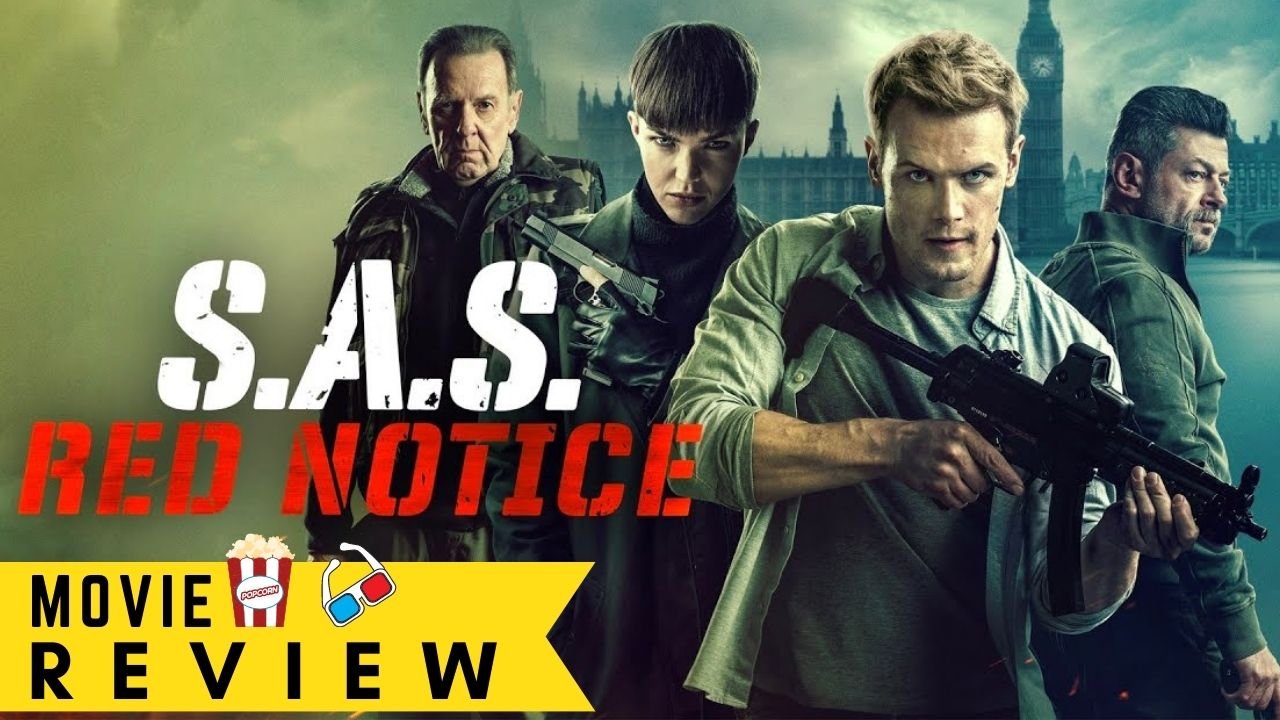 Bad by Design, Stupid in Execution, and Soulless in Every Important and Unimportant Way – SAS: Red Notice Movie Review

Grace Lewis and her mercenaries, the Black Swans, hijack the high-speed train Euro stream while it crosses underneath the English Channel. It’s up to Special Air Service member Tom Buckingham to thwart the terrorists while protecting his partner, Sophie

After YouTube recommend this film trailer and look good, finally I sat down and watched SAS: Red Notice, and here is my review for it.

The premise of the film sees a small force of trained mercenaries hijack a train where one man has to stop them. Main Character Sam Heughan plays one of the main characters here and I thought he was okay.

He was good in the action scenes and provided a physical presence to the role which aided in the film, also I like some of the things they do with the character in terms of the mental state of the character. But it just isn’t handled well enough and Heughan is quite dull in his performance and the film doesn’t do a good job of making you like him or care about him.

Ruby Rose plays the main villain and I actually thought she was the more interesting character and sold her insanity in a more interesting way. She gives a menacing performance and Rose does as good a job as possible, but in the end, her motivations are very dull and it wastes the opportunity given due to her decent performance.

Supporting Characters This cast has plenty of well-recognized actors, though they don’t exactly get much to work with. Andy Serkis is a nice fun character here, he is completely over the top and kind of like he is in a different film to the rest of the cast but you cannot deny that he is entertaining.

But others like Hannah John Kamen, Tom Hopper & Noel Clarke are given very little to work with and despite being good actors the characters are bland and don’t offer much to the overall product of the film.

Also The story here is really bland too, the plot of this film feels like it belongs in the 1990s where action films like this were churned out all of the time. The film wanted to do something unique with the two main characters but the story doesn’t do enough to make it interesting

And as I said above the whole motivations for the villains are cliché and not well thought. Also, the film has twists and turns and I am pretty sure not one of them makes sense, and the end of the film cops out and takes the easy way out instead of providing something unique.

The script as well is weak and really does hurt the film. It provides cliché motivations and twists that are unnecessary and feel like a poor attempt to try and make the film feel better than it actually is. The film also takes itself really seriously too and kind of misses the point of an action film like this.

Style There are some good action scenes here that are pretty violent and are the best parts of this film. The film is paced pretty well and despite a longer runtime than I would like, I never really felt bored by any of it.

Though I think with the other elements of the film being weaker I needed more from the action scenes and some truly memorable sequences which the film doesn’t have.

Overall, SAS: Red Notice is a pretty poor film that just feels very forgettable. It has some okay action but there are so many better action films out there and this is one to avoid.