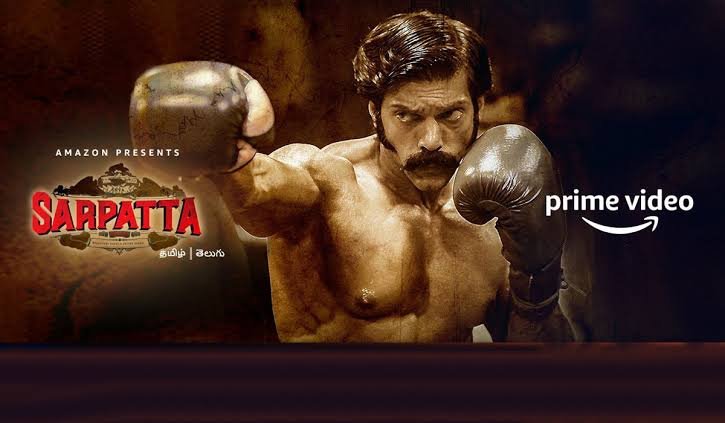 Sarpatta is a clan in madras in the 1970’s formed for boxing. This movie speaks everything in an decent manner and the casting is incredible. Everyone has an role throughout the movie and everyone has given their best especially the heroine was so good.

Director ranjith is one of the bold director, where he indicates everything real including political parties name and their evolution in tamilnadu.

This movie moves with the emergency, promoted by indira gandhi. 1st half was engaging and art direction and cinemotography was too good. Though , the 2nd half seems lag due to political influence , the movie was overall an treat if released in theatres.

Sandhosh music is good but in theatre it will be tremendous. This sports drama plays justice to every boxing drama movies in world.

We have to speak about arya, he was so good for the role and the transformation he shows all over the movie is fabulous. His eyes and the determination he shows throughout the movie says that he is waiting for this movie to prove him once again.

Watch it for the awe-inspiring dedication of Arya and the effective execution of Pa Ranjith.