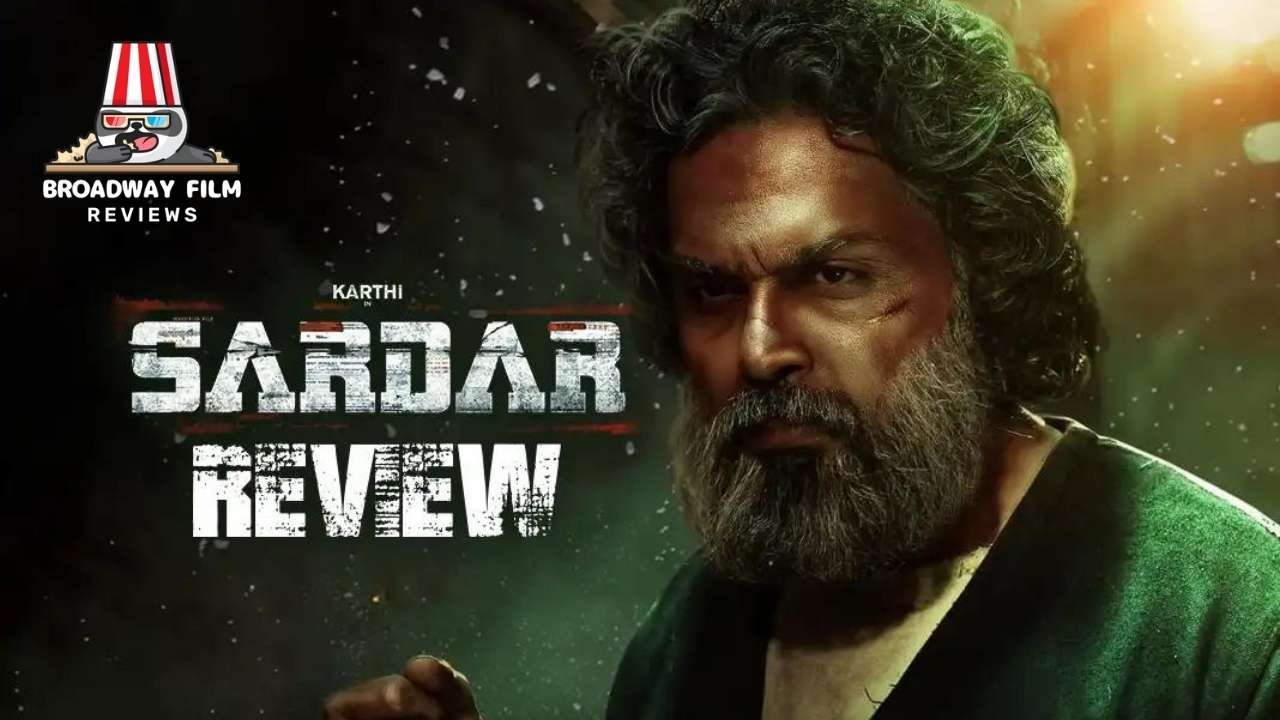 This movie is about a spy, who is estranged from his family due to a mission, and suddenly meets his police officer’s son.

ONCE A SPY, ALWAYS A SPY

Karthi has been having a stunning year with three grand releases. Starting with his rural flick Viruman, to the Blockbuster Ponniyin Selvan to now the Diwali release, Sardar, things have worked out just great for him.

Sardar is a movie about an attention-seeking, Media friendly cop, Vijay Prakash, who has a past he wants to forget, gets a case that gives a major case that digs up many of his past horrors. How he starts facing that forms the crux of the story.

Karthi is absolutely stunning in this film and he sure definitely did a great job pulling off both the roles of the police and the spy. Both Raashi Khanna and Rajisha Vijayan fit their roles and do their part well.

Laila, even though she had the role that moves the plot, her acting for certain sequences could have been better as it demanded better emotions.

Chunky Pandey, is again the run of the millionaire who wants nothing but to take the country under his control, and this time it is water. Rithvik does pull some attention from the audience but again passes as the over-enthusiastic kid who can get away with anything.

Mithran does a good job to keep the audience pinned to the screen as the screenplay is definitely racy and presents the right platform for a complete action entertainer.

He skillfully blends the water issue with many research materials which is quite impressive but as in any movie, this movie loses track toward the climax portions and it may be passed on as a preachy film.

The action choreographer, Dhilip Subbarayan does a commendable job and most of the action set pieces are very wonderful to look at. George C Williams with the camera does bring the magnificent canvas that Mithran wants to show us.

But this technically good film with a good story suffers from a few generic scenes and a very generic climax with a villain who we know will hate as he has many shades from different movies that we have already seen from Kaththi to Bhoomi recently.

Also, the movie could have been cut short as the movie only took off from the Pre interval sequence.

Overall a subject of serious concern in today’s time blended with commercial ingredients made Sardar a watchable flick movie.