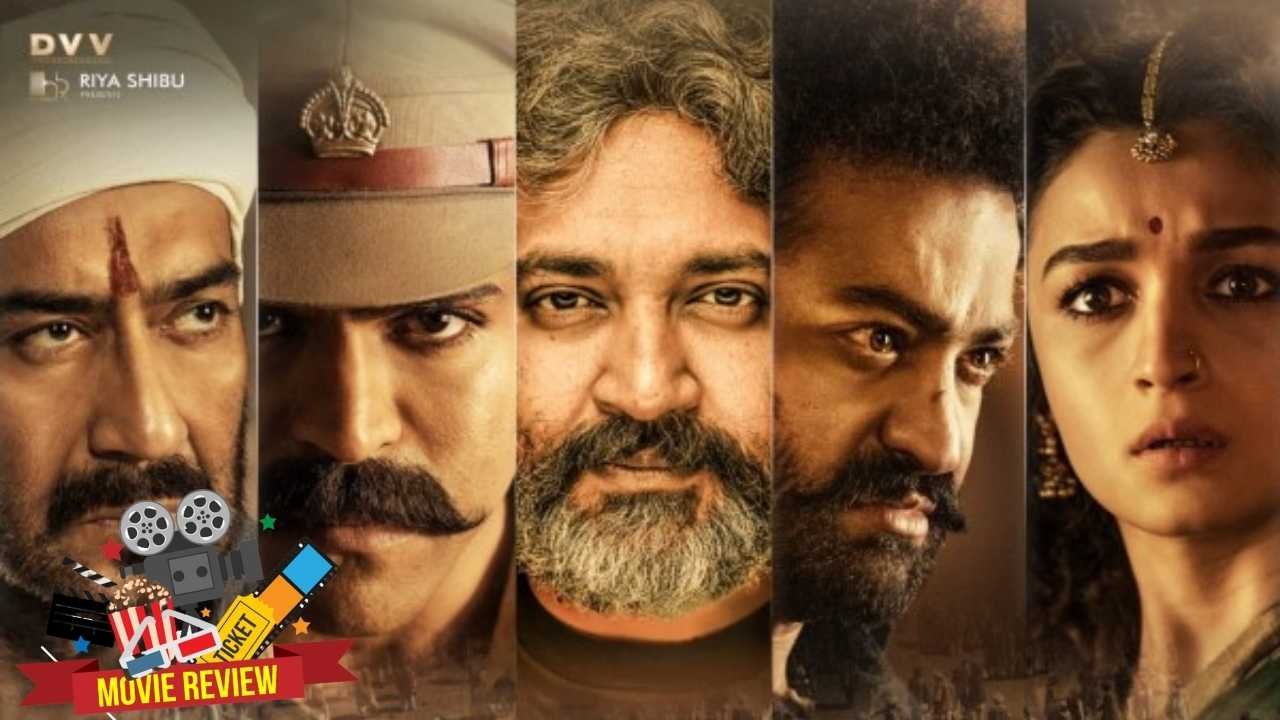 RRR Movie Review: A visual treat.. S S Rajamoul‘s another gem of a movie after Baahubali.

Finally, the most awaited movie was released today. I watched RRR (Rise, Roar, Revolt)movie made with a budget of 500 crores.

It is a fictional story about two Indian revolutionaries, Alluri Sitarama Raju (Charan) and Komaram Bheem (Jnr NTR ), who fought against the British…

NTR and Ram Charan have competed with each other in giving the best performances to date. Their meeting, confrontational scenes together are completely new and exciting for the audience. It is needless to say how Rajamouli makes his actors look well built, but the emotions and the body language are so well given by the actors.

Also, NTR already proved himself as a great performer many a time earlier. But #RRR gives us a chance to witness a new dimension in him. NTR entertains us in a rugged role this time and he is flawless in it. Right from the introduction scene till the end, NTR keeps the intensity bar up and above. NTR is at his best in Komuram Bheemudo song than any other.

Ram Charan evolved as one of the best performers with RRR. He looks tack sharp and keen in every frame. Ram Charan amazes us with his selfish tough man nature at one point, while he equally surprises us by telling his inside thoughts with his subtle performance at the other. He so blends in the role of Rama Raju, that we get to adore him more after RRR.

Alia Bhatt made her presence felt in a graceful manner. She looked beautiful in traditional attire and emoted well in important scenes showcasing her talent. Olivia Morris got a good role and she looked gorgeous and expressed well in all her scenes Ajay Devgn performed well in the action-packed role.

Shriya is ok in the role of Ajay Devgn’s wife. Rahul Ramakrishna played an important role. Samuthirakhani did his job as the subordinate of Ram Charan.

Ray Stevenson and Alison Doody appear as Scot Duxton and Catherine Duxton respectively. They excelled in their roles as crooked and vicious British lords.

Rajamouli has made sure that RRR is bigger and grand in every aspect. One cannot stop but praise him for the way he has thought of something so different and executed it in a stunning manner.

#RRR is filled with so many goosebumps-filled moments that it is hard to put them all here. SS Rajamouli is one of the finest Indian filmmakers in this generation. His vision, execution, and grit are of elite quality. It is not easy to execute a project as big as RRR and Rajamouli somewhat manages to reach audience expectations.

The cinematography of Senthil Kumar is top class. He beatified the film showing the pre-Independence British era in a realistic manner and captured the stunt sequences in an attractive way.

King Solomon action choreography is simply superb Production values by DVV Danayya are top-notch and all the money spent is clearly visible in every scene which is quite grand.