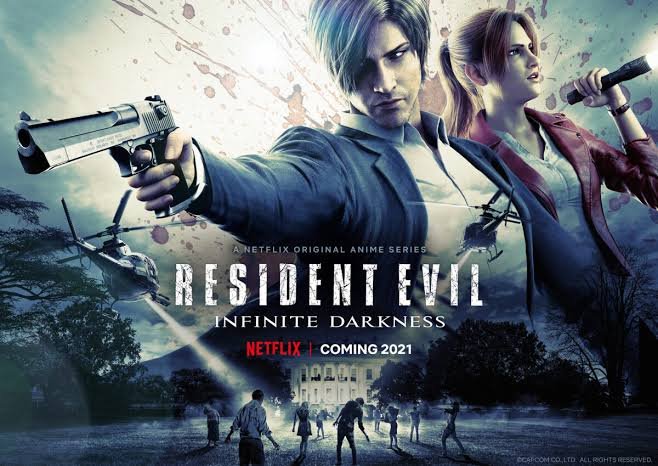 Not sure why this was a “series” and not a movie because the episodes all felt really short and ended abruptly. I just found the plot in general to be dull; even though things happened, it felt like nothing interesting ever happened. There wasn’t much redeeming about this one, especially with how little Claire was in the story so it’s once again another Leon-centric movie. I really wish they would do something RE featuring characters we see less from other games.

There was also barely any zombie action. One of my favorite things about Resident Evil is the cool boss mutation scenes, but in this one it lasted maybe 3 seconds and then the boss fight was barely a fight. The last issue I had was with plot holes. It felt like they just made characters do things to fit where they wanted the story to go, but the character motivations were weak/not there at all. Several times I found myself having to ignore obvious logical/motivational fallacies just so I could get through the show.

I do not think this show is worth a watch, and I’m hoping they come up with something stronger in narrative and involving other characters (ie. Jill, Sherry, Jake) than just having Leon hog all the screen time of yet another RE movie.

Take a bit of Black Hawk Down and bit of Olympus Has Fallen and a bit of The Hunt for Red October mix in some zombies! Blend it all together and…Done!