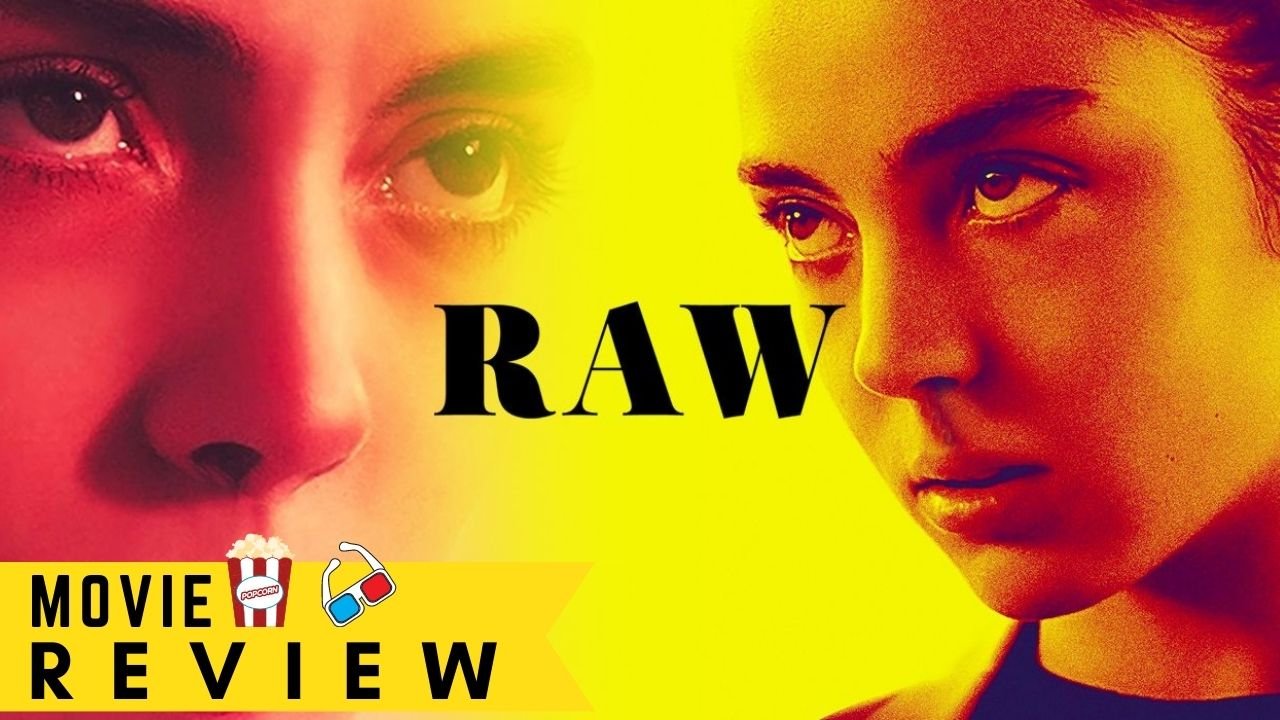 When a young vegetarian undergoes a carnivorous hazing ritual at vet school, an unbidden taste for meat begins to grow in her.

Raw’ (French: Grave) is a fearless, disturbing & ultimately unforgettable film, that has the courage to be itself. As my summary states, it’s Traumatizing & Mesmerizing! Writer-Director Julia Ducournau delivers a tale of violence & cannibalism with the power of a sledgehammer. And lead performer Garance Marillier delivers an outstanding performance!

Also ‘Raw’ is about exploring the inner self & how exposure, to any form or any meat that it may be, can change your life altogether. The protagonist here, Justine, played by Garance Marillier, a pure vegetarian, is forced to have meat by bullies in her very beginning in vet school, develops a taste for meat & flesh, which is akin to a dangerous vampire.

Her transformation from an innocent vegetarian to a cannibal obsessed with meat & human flesh is shocking to the core. ‘Raw‘ narrates her disturbing & graphic journey, with relentlessness.

There were times when I looked away from the screen, due to its gruesome content. The faint-hearted, STAY AWAY!

‘Raw’ is a massive winner because Julia Ducournau is a storyteller of solid merit. Her Writing questions violence & cannibalism with tremendous power & graphicness.

While it’s easy to be put off by the protagonist’s violent behavior towards human flesh, Julia’s Superiorly Written Screenplay questions the act of violence in all forms, including our daily food habits, which results in animal killing.

It’s a twisted tale, with a thought-provoking undertone. Julia’s Direction is engrossing. She has handled this disturbing story, with command.

Here’s a storyteller with some capability! A special mention for the nicely Cinematography by Ruben Impens.

Performance-Wise: Garance Marillier as Justine, is spell-binding. Right from her timid body language in the beginning to her transformation into a cannibal, is simply incredible.

The actress plays this difficult role with unbelievable conviction.

It’s an outstanding performance, that arrests your attention completely. Ella Rumpf as Alexia, Justine’s sister, is another performer to watch. She’s excellent!

On the whole, ‘Raw’ is among the big winners of recent times. It’s brave, graphic & undeniably original. Don’t Miss It! But I strongly suggest you watch it with an empty stomach. Don’t tell me later I didn’t warn you.