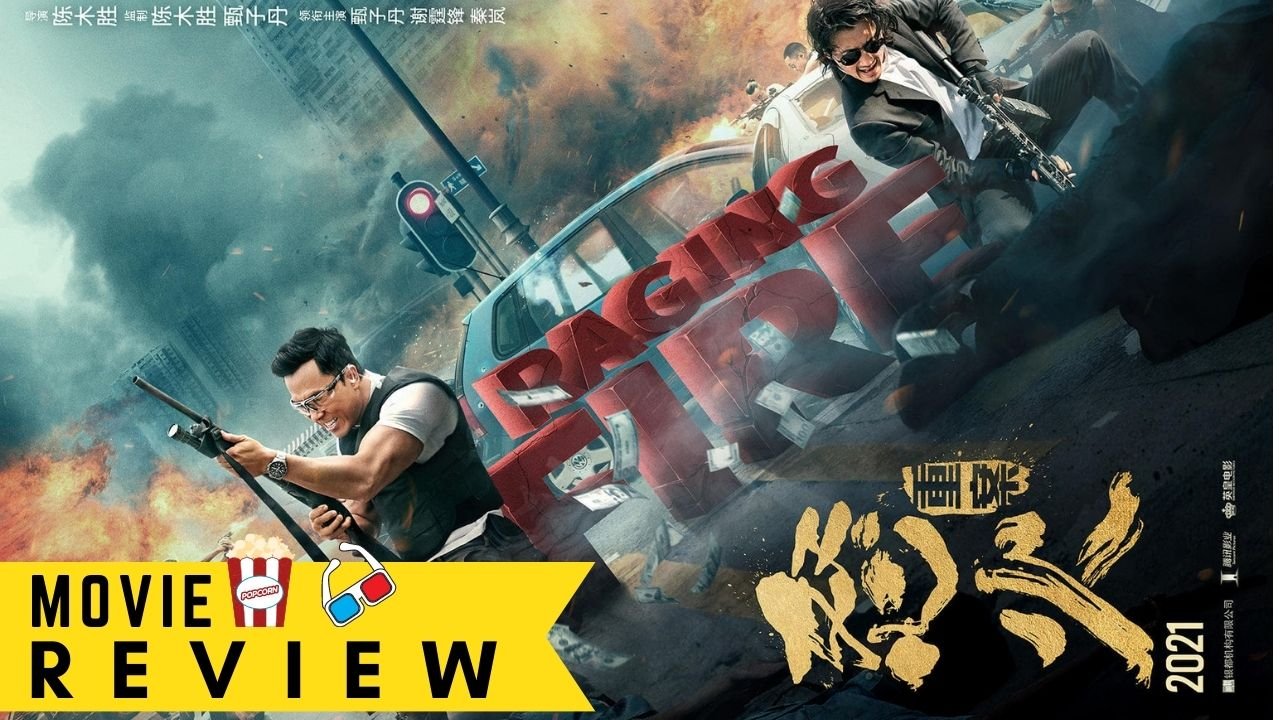 Cheung Sung-bong is an officer of the Regional Crime Unit who worked in the front line for many years. His protege, Yau Kong-ngo, respects him and manages to reach up to him. However, fate brings pits them against each other.

Raging Fire is a Hong Kong action thriller directed by Benny Chan, known for genre films such as Who Am I?, New Police Story, and The White Storm in his final directorial effort before his untimely death. Starring Hong Kong action star Donnie Yen, the film goes back to the identity of Hong Kong action cinema of the late eighties and early nineties with a dynamic contemporary twist.

The movie revolves around highly respected hardboiled cop Bong who doesn’t take any bribes and always speaks the truth which often puts him in dangerous and difficult situations. His former protégé Ngo was forced to go to prison due to Bong’s testimony in a controversial trial. Once out of prison, Ngo has become a different man seeking vengeance upon everyone who had once wronged him. After a streak of violent crimes, Ngo finally faces his former mentor to conclude his quest for revenge.

Raging Fire convinces on many levels

The plot finds the right balance between emotions and energy. The crimes committed in the film and their immediate reactions are sparked by bitter, passionate, and tragic feelings.

The characters are truly interesting. Bong is a protagonist who is an outsider but easy to identify with because of his strong beliefs and convictions. Ngo is a tragic antagonist who was once a dedicated and talented officer who has become blinded by frustration and greed. The conflict between these two men carries the entire film in a gripping way through more than two hours of fast-paced entertainment.

The actors and actresses manage to incarnate their characters authentically.

Donnie Yen convinces as a righteous cop who never seeks for the easy but rather the right way out of trouble. Nicholas Tse goes through significant changes with his character who develops from a promising cop over a tragic victim to a grim avenger. The supporting actors and actresses also manage to become one with their roles and add some depth to the film.

The only element one could possibly criticize is that the plot is somewhat predictable and certainly doesn’t reinvent Hong Kong action thriller cinema.

At the end of the day, genre fans will appreciate Raging Fire as one of the greatest action thrillers released in recent memory. It can not only compete with the golden age of Hong Kong action cinema three decades ago but also with contemporary Hollywood movies and franchises such as John Wick and The Expendables. Due to its spectacular cinematography in general and its excellent sound and visual effects in particular, you should try to watch this movie on the big screen (big screen size) with great sound.

I would consider Raging Fire as one of the three greatest movies released this year.