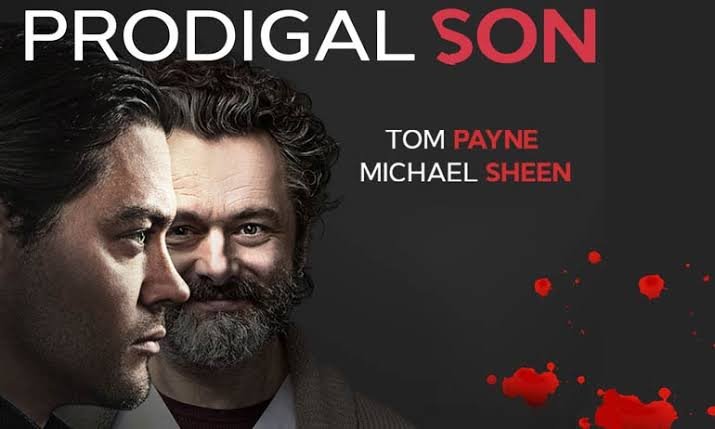 Why we watch a specific TV Shows or Movies? How do we choose specific shows or movies? There are dozens of shows and movies are releasing every week in every language. The answer is, for few teaser trailers ( entertaining value, visuals and something new the show showed in thetrailer) and for few the log line of the series or Movies. Okay let’s dive into depth review:

I watched this show because of the log line. Imagine, when you were 11years old, your father becomes 2nd most serial killer after Jack The Ripper, called The Surgeon (23 Murder+). How does that feel? How your friends see you now? How the society will see you now? Will the society take you in? You will have proper sleep? These questions made me to watch this show, PRODIGAL SON.

Episode 1 begin with monatge of the night THE SURGEON arresting. 20 years later Malcolm ( THE SURGEON’S SON) working in FBI as Profiler. Later he was fired because of smashing sheriff’s face. Now Malcolm’s world introduced. He never sleeps at night because of Night Terror ( THE GIRL IN THE BOX). He wears teeth guard and a handcuffs his both hands to the bed every night. Now we know about pain and what he is going through. Later, he moved to city and meet his family and Gil ( you have to watch the episode and know who is he?) Offers a job at NYPD as Profiler consultant. Malcolm accepts the offer against his mother’s word. He attend the crime scene with Gil and impress everyone with his skill in team, Det. JT ( big guy) and Det. DANI ( Girl, bright and jovial).

Now the understand, these murders are copycat of THE SURGEON. And also they found few drawings that belongs to Martin. So, against Gil’s order Malcolm went to see his Father Martin ( THE SURGEON). I love this part, the emotion between Father and Son. The emotion is worked well. How much he loves his son. He was really happy to see his son. But Son-Father was damaged in past few years, Malcolm hide his emotion.

Malcom finds out the killer must be his father’s one of the clients ( at psychiatrichospital, still doing his job as doctor). And also finds out the drawings are from his fathers journal. He choose two client files from 40 files and ask his father to point out the killer’s file. First he refuse but later he points out the file because Malcolm threatens him if he don’t he never come to see him. NYPD arrest the killer and the team learns the truth about Malcolm. Malcolm visit his father again for some clarification that how the killer knows the exact journal and specific pages? Finally, we learn that Martin planned the copycat to meet his son. Again the night Terror begins, young Malcolm sees a woman in a wooden box, naked ( THE GIRL IN THE BOX).

I think one of the best pilot episode. They hooked me up from the start and blown away at the end. Plot, acting, direction everything is good.

When you ever thought that someone you love, loved you back?. This crime has different approaches. Everyone at the crime scene and doing their work. The M.E cuts a stitches from the victim mouth, few seconds later his mouth moves, three deadly Black Mambas comes out. How that feel. Highly tense scene. This crime about love. If you need to know more then watch the episode.

Martin wants to communicate and helps his son with cases but Malcolm refuses. The bonding between Father and Son are growing. And also the the hidden Truth about THE GIRL IN THE BOX. His past forgotten visions are coming back

This episode is a experiment goes Awry. So, one of the participants takes the revenge on the doctors. This episode was not tense or gives thrill. What makes the show watchable, the nightmare scenes. Malcolm getting new visions and sees a person who drugged him after finding out the THE GIRL IN THE BOX none other than His Mother, JESSICA. Now he knows that his mother knows already about his father. From episode 1 to now, we never have any suspicious on Martin but we have little suspicious on Jessica because her behavior towards Malcolm and his nightmare stories. Now we are clear that Jessica also part of the murder.

As Malcolm’s childhood memories surface, he realizes his father’s killing spree may not have been a surprise to everyone in the family; Malcolm, Gil, Dani and JT hunt for a stalker with a creepy eye for design.

Malcom ask a favor to Gil but he refuse first then later he hand over the interrogations video on his mother. His suspicious grows stronger now. On the other hand Martin’s daughter Ainsely, trying to communicate with his father as a report but you can say something was going on with her.

After his son suspicious on her, Jessica meet Martin after 20years and put a deal not to meet his son. Malcom has only his NYPD team as trustable now. Everyone around him are having a dark past. We have to wait and watch what’s coming next?.