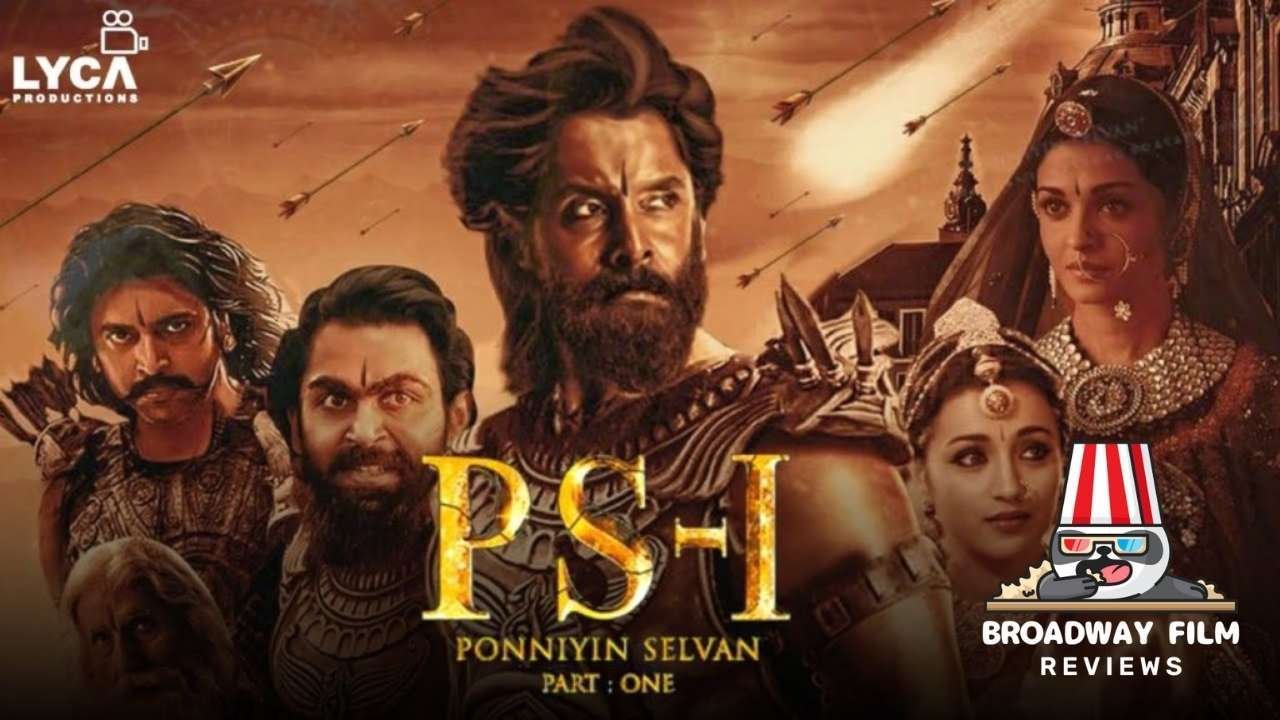 I watched this film on Sunday (02/10/2022) on an IMAX screen. There are only two IMAX screens in Chennai city and most of the seats are filled within a Second of the counter. So, I waited for when someone canceled their tickets so that I could book it. Finally, the miracle happened.

This period novel has 100s of characters, actual and fictional, rich and complex with twists and turns, written in 5 volumes, comprising 1000s of pages. Doing justice to such a well-read and most popular novel is impossible! Peter Jackson needed 6 movies to tell the story of Middle Earth, Hobbit, and LOTR.

Here Mani Ratnam is attempting to do it in two. Though the odds were against him, I will happily proclaim/conclude that the wizard has pulled it off gloriously!

First, thanks to Kalki Krishnamurthy for such a wonderful novel story of India’s greatest Choia empire!

Secondly, ARRs music takes us on a wonderful journey along Ponni Nadhi, Tanjavur, Sri Lanka, Thailand, and Bali, underpinning a myriad of emotions from love, courage, and victory to heartbreak! It was soulful, exhilarating, teasing, haunting, triumphant, melancholic, and quite simply blissful!

All actors were amazing! You forget them as actors, they truly became the characters! Vikram, Aditya Karikaian – He once again proved that he is one of the top actors from India! He is our Russei Crow in this movie!

As much as he roared on the battlefield, butchered his enemies, scored victories, and partied hard, he also carried the burden of failed love! He was simply superb in the interval block!

Karthi, Vandhya Devan – Lifeiine of the movie! Perfect portrayal of courage, loyalty, charm, wit, and romance. He is awesomely chivalrous and boisterous! His smile is bewitching and infectious!

Jayam Ravi, Arui Mozhi Varman – The novel and the movie is named after his character. He is like his older brother Aditya Karikaian, a Prince. He is more regaining, patient, majestic, and as brave than his brother.

Karthi and Jayam Ravi were amazing in the climax and the Last 5-10 min’s of the movie can compete with any obscenely budgeted Hollywood movie! The action was relentless!

Aishwarya Rai Bachan, Nandini – She is a beauty with a brain just like Kundhavai (Trisha), the princess.

Aishwarya looked gorgeous! Her past life made her who she is, tragic but resolute. A woman with a mission! She acted brilliantly! Her encounters with Kundhavai and Karikaian are quite a treat to watch!

Trisha, Princess Kundhavai – if you ever want a princess in your movie, Trisha it is! She looked regal, majestic, intelligent, clever, pleasingly boid, and valiant!

The interplay between her and Karthi was delightful! Similarly, the encounter between her and Nandini was full of wit and sarcasm! Trisha is born to play this role! Case closed!

The visuals, locations, costumes, VFX, and settings are all top-notch! The movie was so engaging. Rarely any dull moments! Kudos to Mani for the tight screenplay!

Also, The lyrics of the songs captured the moments so vividly and accurately! The choreography was in perfect harmony with the period! The editing is crisp!

Roman Empire was the subject of many great Hollywood movies. Let Ponniyin Selvan be the first movie that celebrates Choias, India’s greatest empire!

Overall, this movie is epic, colossal, and triumphant! Nobody else would have done better justice than Mani Ratnam sir to Kalki Krishnamurthy’s novel story Ponniyin Selvan