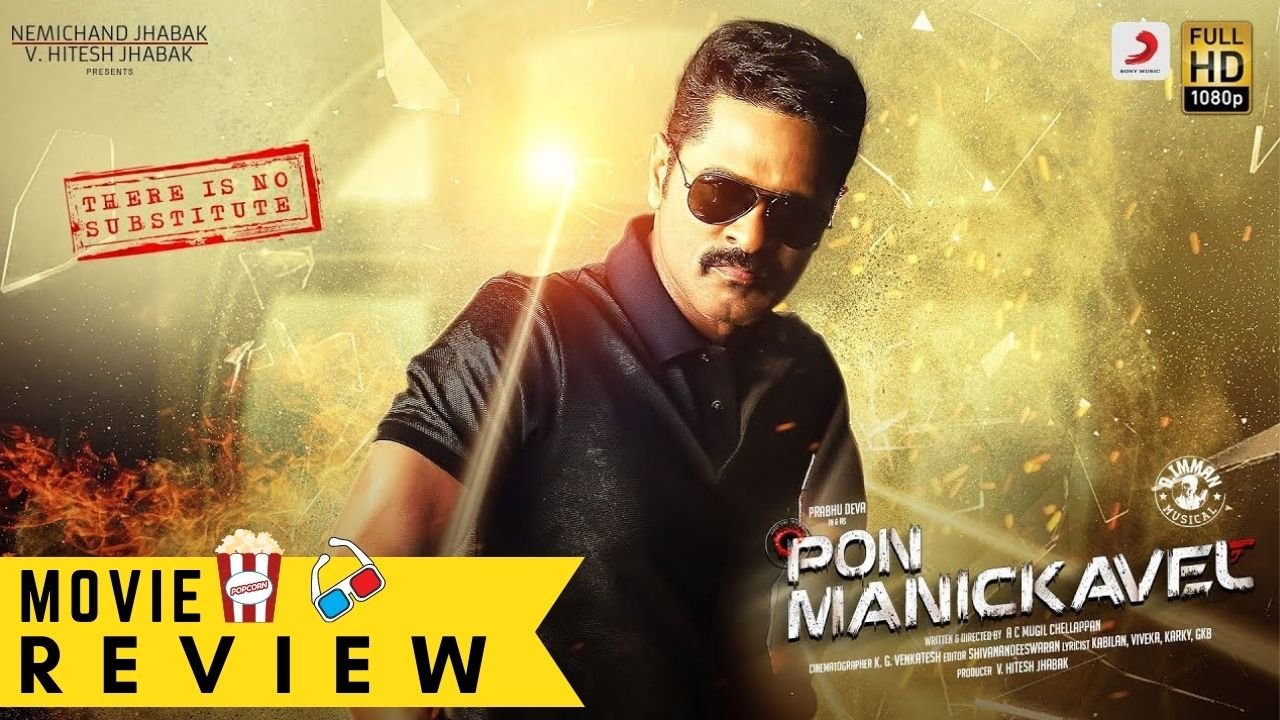 Follows a police department from Chennai, they are baffled by the brutality of the crime and they will get help from someone who has given up as a cop.

The reason I watched this movie, was only because of Prabhu Deva.

The film opens with the murder of a retired judge, his head was cut off. Local SI. Peruvalathan (Baahubali Fame) investigates the case but later the case was assigned to ACP Pon Manickavel IPS ( Prabhu Deva) because of the media and public.

Did Pon Manickavel find the culprit behind the murder?

The only savior of the film is Prabhu Deva. He did his part well with a neat performance. And This is the first time he playing a serious cop character. What I (not only me, Everyone) missed in this film was his Dance.

Nivetha Pethuraj as Anbarasi Manickavel – I don’t know why she even accepted this role. Because there is not a single scene for her to perform except for a romance sequence. At the end of the film, I felt her character was a passing cloud.

Prabhakar as Peruvalathan – Done perfect Job. The only character in this film has the Character Arc. After the interval, he was faded out from the film.

Charles Vinoth as Kailash, an undercover cop, after his cover is blown by Manickavel, As he officially does the murder investigation along with Pon Manickavel. Sometimes his character felt like he is the main hero of the film because he has more strong sequences than Pon Manickavel.

The remaining characters did their career-best artificial acting. No one has a proper setup and Pay off And The biggest drawback in this film is, there is no proper antagonist. There are two antagonists in this film but no one gives a strong villainsm.

There is plenty of twists in this film but everything is predictable. You can easily find out what going to happen next.

Music by D.Imaan, he did a good job on the background score but he failed miserably in songs. Not a single song to listen to.

The film’s like it was made in the 2000s because of the color tone and overall quality.

Coming to the writer, director A. C. Mugil Chellappan, didn’t understand 1% of what the murder investigation thriller genre needs and the structure of a good screenplay.

Expect Pon Manickavel and Peruvalathan characters, no one has proper characterization.

The writing was terrible. He should stay in one genre but not in two. Many of the scenes had a glitch for instance where the police officer has a phone in his hand and in the next shot he doesn’t.

It is an Artificial and Highly Predictable Investigation Thriller.