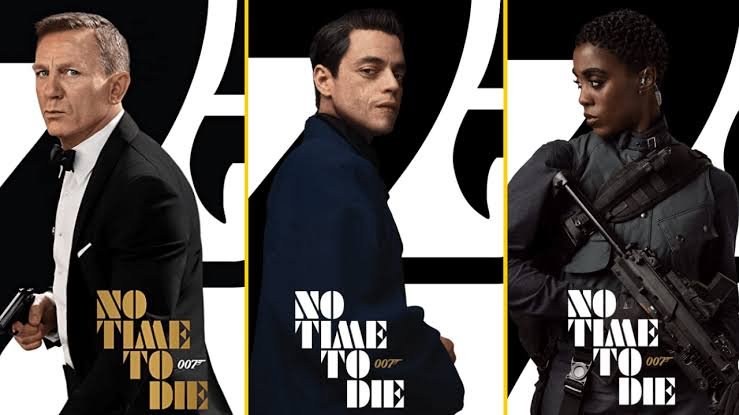 A prestigious 25th film from James Bond Series and last film for Daniel Craig. But Cary Fukunaga’s No Time to Die sacrifices every bit of nuance by the end.

Recruited to rescue a kidnapped scientist, globe-trotting spy James Bond finds himself hot on the trail of a mysterious villain, who’s armed with a dangerous new technology.

Continuation from Spectre, Bond retired from MI6 and enjoying the days with his Girlfriend Madeleine Swann ( Léa Seydoux ) in Italy, Soon enough, they are ambushed by SPECTRE assassins, Bond leaves Swann, accusing her of betraying him for the organization. The story begins….

In each James Bond film, we have a spectacular eye popping Action Sequences before title song, but in ” No Time To Die ” have different thing. There are two separate Sequences before the title song. First one, Madeleine Swann’s childhood incident, and Second, failed assassination on Bond and the break up between Bond and Swann.

There are plenty of characters in No Time To Die, but expect Bond Character, no other have good writing and Arc. Sometimes Madeleine Swann’s Character was too flat without proper connection.

There are plenty of actions sequences in No Time To Die, except Italy and Cuba, no action scenes have impact. Even Spectre have better action scenes except car chase in Italy.

The newest 007, played by Lashana Lynch as Nomi. After watching the trailers of No Time To Die, I thought Lynch will have some scope and new dimension as 007 agent. But everything was wasted for just few action scenes and few humorous with Bond.

Ana de Armas as Paloma, her screen presence was good. Jeffrey Wright as Felix Leiter, has less screen time but Good in his Role.

Rami Malek as Lyutsifer Safin, one of the weakest Antagonist in Bond films. He has less screen time but he did what he could do with the weak script.

Léa Seydoux as Madeleine Swann, her past was okay but not terrifying. The relationship between her and Bond was okay. Not captured well even the emotions between them lacks a good writing.

Coming to Daniel Craig as James Bond, he is the one carrying the entire film in his shoulder. In every frame he gives full energetic performance. No words for his action performance. The last 10 minutes of the film shows his acting talent. There are lot of scenes that showed his acting talent. There is no doubt, He is the one of the best James Bond.

Music by Hans Zimmer, never disappoint us. Cinematography by Linus Sandgren, did a outstanding job. Every Frame is gorgeous. Edited by Elliot Graham and Tom Cross, should trimmed few scenes length and a sharp editing must.

Coming to writer, director Cary Joji Fukunaga, he is good in direction but he did a terrible job in writing. Each character have less impact and one dimensional Arc. I think Cary should hired Skyfall writers for Bond’s 25th prestigious film.