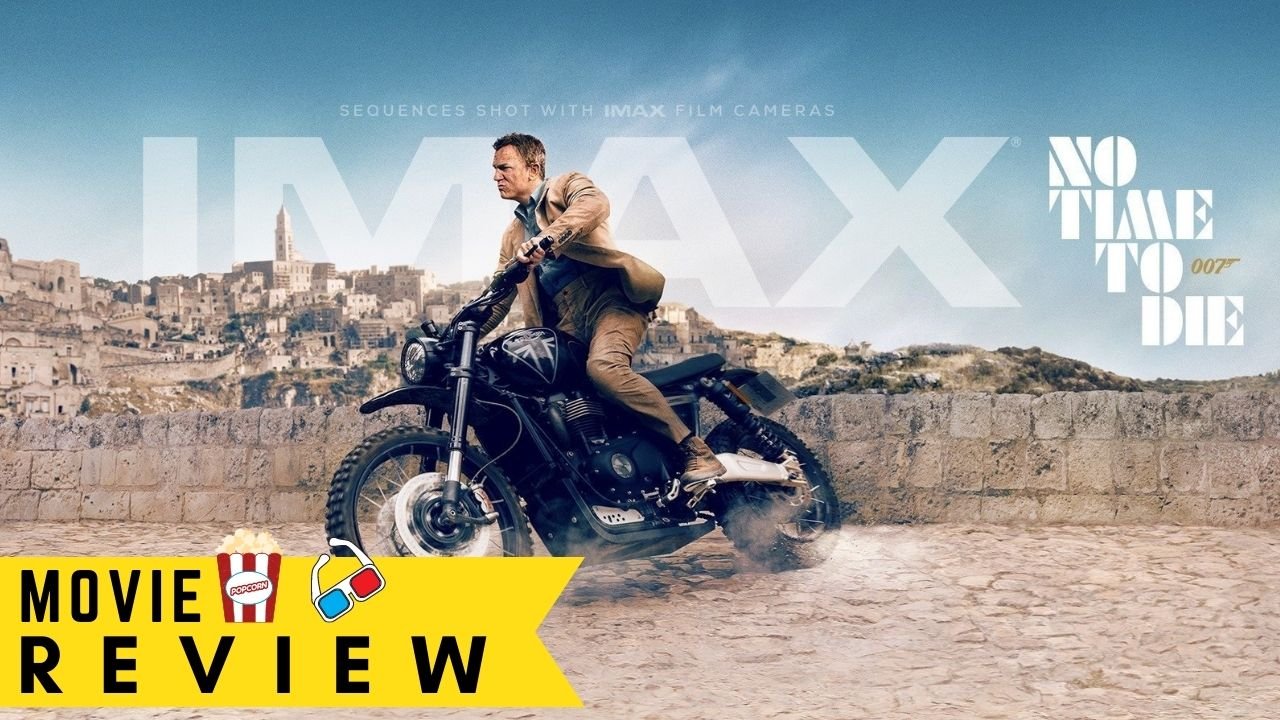 No Time To Die Ends On A Fairly High Note, But I Still Hoped It Could Be Better

Bond has left active service and is enjoying a tranquil life in Jamaica. His peace is short-lived when his old friend Felix Leiter from the CIA turns up asking for help. The mission to rescue a kidnapped scientist turns out to be far more treacherous than expected, leading Bond onto the trail of a mysterious villain armed with dangerous new technology.

James Bond (Daniel Craig) is married to Madeleine Swann (Léa Seydoux). She has a secret past. He’s visiting the grave of Vesper Lynd when Spectre attacks. Blofeld claims that Madeleine is the daughter of Spectre. It’s five years later. Bond is retired and living alone. Russian bio-weapon scientist Valdo Obruchev has been kidnapped by new baddie Lyutsifer Safin (Rami Malek). MI6 and the CIA are at cross-purposes. Both are searching for Obruchev.

This reportedly is to be Craig’s final outing as Bond.

This feels very much like a lot of James Bond’s greatest hits. There is a golden hour shot near the end where I realize that this is really the golden hour of Craig’s Bond. The sun is setting on his tenure. Madeleine talking to Mathilde is tinged with nostalgia. She’s telling her about his past. His chapter of the book is done.

As for the movie, it opens great. There is a great chase in the narrow streets of an Italian mountain village. I love the motorcycle jump. It’s so simple and so clean. There are no jumpy cuts or shaky camera work in that shot. Ana de Armas has a great introduction with her “three weeks of training”.

I like M’s duplicity. I’m less enamored with Blofeld’s transformation into Hannibal Lecter. I would rather they imagine something else, something different. Safin is definitely the weakest link. Rami Malek is forced to do a dull old fashion villain.

Bond is talking to M and they actually made fun of the new villain as having the same old evil plans. It would have been a lot simpler if Obruchev is the new villain. He played M and has his own kill list. His joke to Nomi about killing all the black people is more chilling and more memorable than anything and the evil plan from Safin.

Safin’s best scenes happen in the beginning without showing his face. It’s a long movie and by hour three, the repetitive gunfire keeps droning on and on. It gets a bit tiring. It would have helped by cutting out one villain and concentrating the screen time. This is the end Beautiful friend.

“It was a bit long, and it did lull a little in parts, but the action was enough to halt any dozing”

Spider-Man: No Way Home Review: Marks One Of The Epic MCU Movie Ever Made