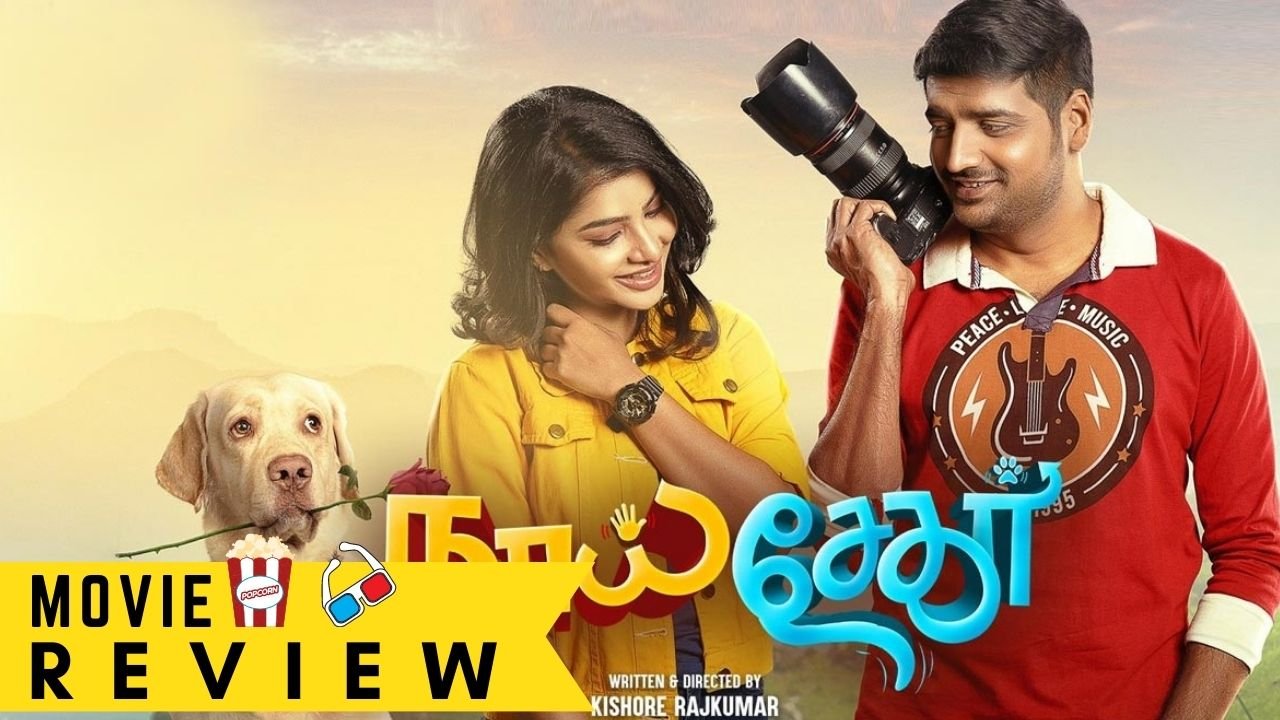 The film revolves around the story of a man who gets his soul swapped with a dog.

First film as lead for comedy actor Sathish and Pavitra Lakshmi (Cooku with Comali). The film is released in theaters on 13 January 2022. Naai Sekar has a decent expectation because of Sathish comedy and AGS Production. Let see the film exceeded the expectation or not?

The director clearly stated before the film begins. And I didn’t expect much but I just need 2h full entertainment/laugh.

The film opens in 1999, A scientist is banned for 5 years because of his crossbreeding project. Next, we are introduced to Sekar’s childhood sequence and his hatred towards dogs. At present, Sekar is now is an ITT employee.

And he has a love angel towards his co-worker Pooja (Pavitra Lakshmi). One day, Padayappa (Dog Name) escaped from a scientist’s home and it bites Sekar.

Also The rest of the story the problem he faced and what happened to his love, and did he swap back?

Last few years Sathish didn’t deliver any good comedies or performances.  But as the lead actor, Sathish did a wonderful job. There are a few scenes where his comedy is extraordinary.  We have to apricate his performance as Actor. After a long time, Sathish delivered extraordinary comedy timing.

Pavitra Lakshmi: She is okay with the role. She doesn’t have any scene to perform or to show her acting caliber. She did well at the climax portion. We hope she gets the good scope to perform in her next film.

Other characters did their part. Manobala once again rocked with perfect comedy timing. Anirudh’s songs are good and the Edakku Modakku song choreography was super.

The production value is okay, should have been better. At sometimes the film looks low-budget feel.

Coming to debut writer-director Kishore Rajkumar, his idea is good but he missed the mark in screenplay and characterization. There are so many characters that don’t have a proper payoff.  He wants to make this film a family entertainer but the final product is half-baked.

He should concentrate more on the dog sequences because the scenes are not good and the CGI was completely failed.

Naai Sekar is not good as “Monster 2019” but it has a few moments that definitely entertain you. Enjoy this film with your family and kids in theater