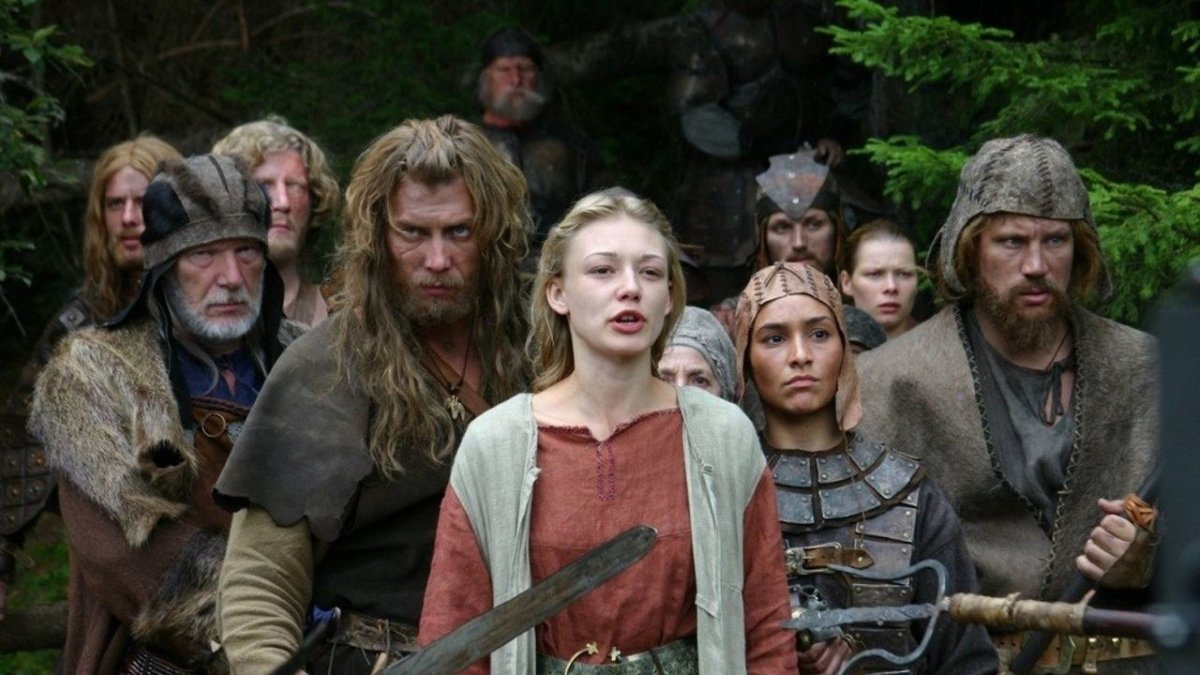 Coming from someone who has no prior knowledge of the book and who loves Russian fantasy, Wolfhound was a film with good things as well as a lot of problems. The way that Wolfhound looks is its best asset, the scenery is just breathtaking, the costumes really suit the fantasy atmosphere and most of the photography- exciting. The atmosphere is brilliantly evocative as well. But!

The actor does not reflect the hero from the book, it’s a weak, stupid guy. Instead in the book you can compare Volkodav with a warlord… he is like a mad dog that wont give a step back even if a hundred of wolfs are in front of him.

There are a lot, A LOT of missing things… but well it’s acceptable in the movies. The unacceptable is to change the whole story, landscapes, characters, etc.Another point to reconsider seriously are the special effects

Fights… It’s disgusting to see people fighting in this movie. I like all kinds of fights without fire arms, there are a lot of movies with good fights out there. Good moves, synchronized and fluent… here you’ll find a lot of changing very fast bad pictures. Most of the action scenes are chaotic, especially the climax.

The direction is inconsistent, sometimes it’s fluid and assured, at other times it gets chaotic and convoluted like in the action scenes. The script is rather stilted and doesn’t give the actors much to work with or give us time to properly get to know the characters(basically left as fantasy clichés), while the story is formulaic(much has been said about the Conan the Barbarian-like beginning and understandably), very daft at times and not always very engaging.

There’s a lot of atmosphere here but not enough magic and the structure can feel choppy and rushed, you don’t have to have read the book to figure out that there were things left out and re-written, it actually shows. In conclusion, a fantasy film that induced mixed results from this viewer, some good things on display(the production values and music) but there’s too much bad too(story, script and action scenes).

Yes, its old fashioned and riddled with clichés yet I found it much more satisfactory then last Conan (2011) movie.