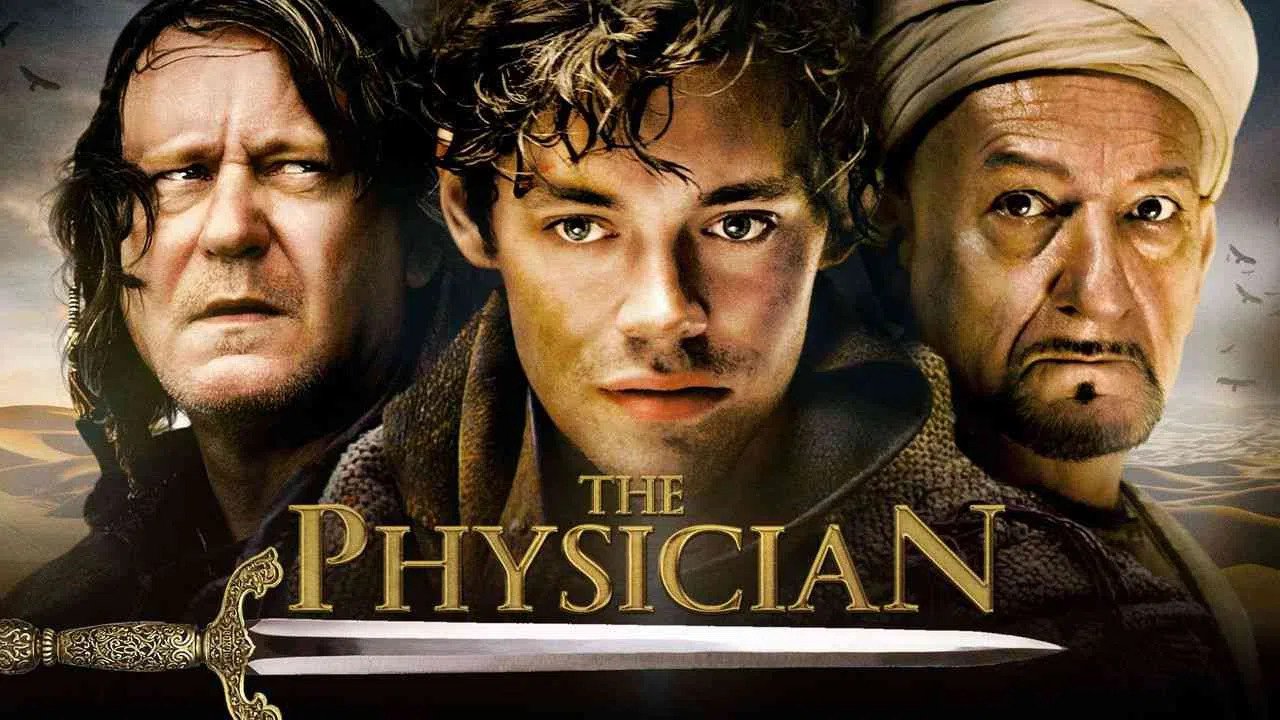 An Epic Journey To ISFAHAN ( Persia)

After watching Prodigal Son season 1&2, I had a curiosity to look into Tom Payne’s filmography. But there was not much in his career, few supporting roles, and few lead roles. So, I checked everything and I found The Physician 2013. The IMDB rating was good and also it was based on a novel. So I gave it a try.

Do you ever wonder who was the first man cut open and looked inside in the human body? How did humans learn about the human body? How they treated a wound or illness or etc at an early age? What will happen to the person who saw what was in a human body? There was plenty of questions after watching this movie. And also I loved it.

Robert Cole has an extraordinary gift, where he can sense when someone left untreated has a terminal illness. He notices this for the first time when he feels it as a little boy when his sick mother is dying of side sickness, a disease of which he was unaware. The young orphan joins an itinerant barber-surgeon who calls himself Barber. Barber teaches him the basics of medieval medicine, with services such as cupping therapy, bloodletting, and dental extraction. Even as an apprentice Rob recognizes the limitations of these simple practices.

When Barber suffers from a cataract, Rob consults a Medicus for him. This Jewish doctor completely heals Barber of his cataracts. He learns a little bit about Jewish culture. He speaks with two children, Jesse and Benjamin. There, Rob sees for the first time a world map and learns of the famous Ibn Sina, who teaches medicine in distant Kakuyid Persia. So he decides to train there to become a physician. During the Islamic Golden Age,  medicine in the medieval Islamic world is far more advanced than in Europe. The doctor, scientist and philosopher Ibn Sina teaches in Isfahan, the most important school for aspiring practitioners in the world at that time.

From this point, the Epic Journey begins. In the Journey, he meets Rebecca ( she has her own fate), falls in love with her. Before reaching Isfahan, a sand storm hits them, except Rob, everyone dies in the Strom. Finally, Rob reaches Isfahan, first, he was rejected and later he accepted into medical school. Real medical learning begins now with love, friendship, mentor, and betrayal. You have to watch and learn what happens next?

In this film, there were only two notable actors Ben Kingsley ( Prince of Persia) and Stellan Skarsgård ( The girl with the dragon tattoo and Thor trilogy). I was lucky I didn’t read the book. In fact, you can’t adapt a story from a novel without leaving a lot behind to fit in 180 minutes. That was happened here too, at the end you Feel incomplete or everything was less ( romance, medical theory, etc). Still, you will have a wonderful time with this movie from the first frame to the last frame. This type of film, you have to watch on a large screen for high production value and landscape shot. Every frame is beautiful and worthy. Few time I felt like I watching Lawrence of Arabia ( My favorite film of all time)

Coming to performance Tom Payne, Mr. Kingsley and Skarsgard make a very good act. Other actors gave their best. The film was 2:35 hours, you love every bit. The costumes and location are too good. The cinematography is good. The landscape shots are gorgeous. Philipp Stölzl, director of the film should have more care in historical accuracy and also story depth. At some time I feel everything was less in comparison.

How about a epic journey film with great locations? You won’t regret after watching this movie. You will have great experience and also good time. Watch it in large screen.

A epic adventure movie made in classical way.

Top 10 websites that pay you a lot of money