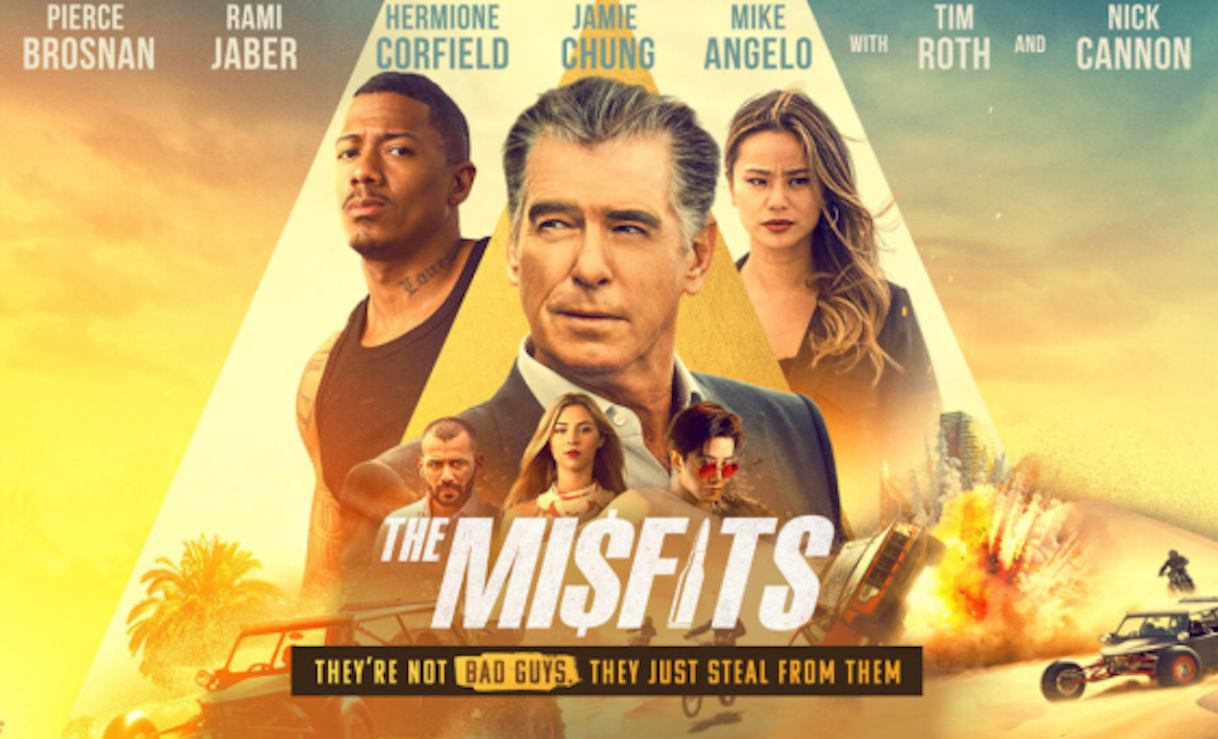 I have no idea who the intended audience was. If anybody knows just comment below

A band of modern-day robin hoods recruits a renowned thief to help steal millions in gold bars stashed underneath one of the world’s most secure prisons.

The movie starts off quite well but the constant weird commentary of Nick Cannon is very annoying. He overacts and tries to be so cool when his not. Each characters intro was bad and also we have seen before. Brosnan adds a little glamour but has to make do with one of the worst movie scripts in history. Brosnan’s character takes half the movie to decide if he will even participate in the caper. And the caper is so quick and easy and the guys guarding the gold are pretty stupid.

I can’t call this movie as heist film because there was none. The guards in the prison are the dumbest people in the world. I don’t know how the writers satisfied with heist sequence, most dumbest plan ever executed. The real question is how Peirce Brosnan liked the script?. Pierce Brosnan can not possibly need work that bad. This movie is one of the worst I have seen this year, and there have been too many to count so far. I think Infinite 2021 is far better than this film.

Coming to performance, Nick Cannon was atrocious, having neither the charisma of Will Smith nor Key&Peele’s ability to work a caricature. Brosnan kept using weird accents for no reason, and was played off like he isn’t 15 years too old to be a sex symbol. Sometimes there was supposed to be something resembling drama, but it was like a watered-down melodrama that didn’t know what it was supposed to be about. Slapstick vomit humor that stayed long past its welcome. Every character have one dimensional characterization. No one have proper characterization and also they not suited for the role. I think they are friends of the director.

This movie has a nonsensical “plot”. Even the most generic heist movie plot is more solid than this, with much better payoffs. For Example DEN OF THIEVES (2018). The sets and locations are actually quite nice, and the cinematography isn’t bad either. The rest of the movie is a mess. I watched Die Hard 2 directed by Renny Harlin from his filmography.

This is pure mediocre forcing comedy doesn’t deserve the budget spent.. If u need a pass time movie u can go for this anything else is waste of time. After watching this movie, I really consider twise myself to review this movie.