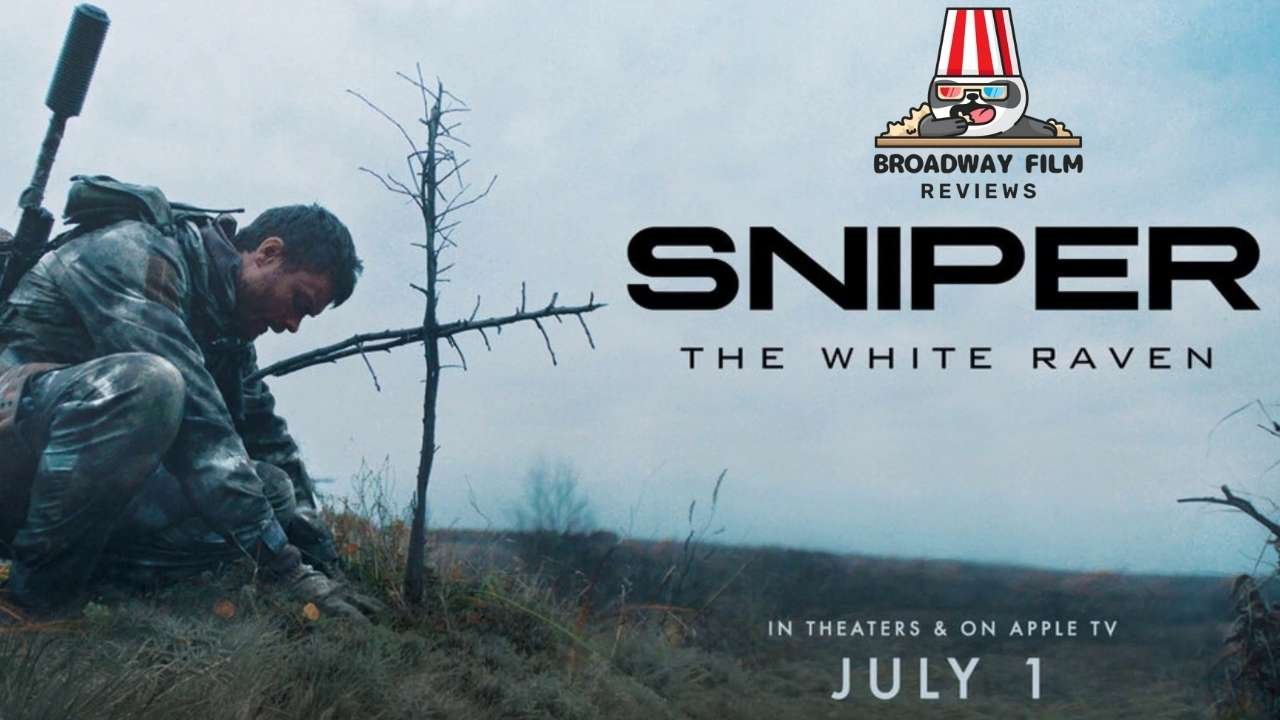 What makes a sniper?

There have been many films in the past on this subject such as “Sniper” 1993 with Tom Berenger, “Enemy at The Gates” 2001 with Jude Law, “Shooter” 2007 with Mark Wahlberg, “Rambo 4” 2008  with Sylvester Stallone and “American Sniper” 2015 with Bradley Cooper. Each with its own story of WHY.

After suffering a tragedy at the hand of invading soldiers in Donbas, a Ukrainian physics teacher seeks revenge. He sets his sights on an elite Russian sniper whose elimination could change the tide of the conflict.

The reason I Watched:

Yesterday I deleted a few low-quality films on my hard disk. Then I came Across the film, before deleting I checked movie information on Google and I was shocked. Because a few years back I wrote an outline for my film that is similar to this movie’s outline.

I will explain the similarities at the end of the review.

Actually, my yesterday’s watch list movie was Netflix’s BLONDE 2022. I compromised my list and I started watching the film.

The term “WHITE RAVEN” refers to the sniper’s family crest. Aldoshyn Paulo does the role of Mykola, the soldier/sniper, with ease. In any war, there are unique talents that come to the forefront, and, here, one of them happens to be Math. Mykola is a teacher.

The film begins with Mykola (Paulo) and his wife Nastya living on family property and expecting their first child. Mykola is away from home when he finds out Russian troops are in the area of his property.

He gets there by bicycle only to find his wife being harassed by soldiers. Mykola is beaten and left for dead, Natysa is killed, and the family home is burned to the ground.

Recovering and hardened from this experience, Mykola joins the Ukrainian Army, manages to make it through training, and finds his skill in sniping.

Not only for precise marksmanship but the fact that he can handle rifles well putting together a rifle in 18 seconds. This gains him a spot on the sniper squad and before you know it, he and his partner are out in the field killing people.

The key to being a sniper is accuracy, patience, and well, forget “nerves of steel”, you just don’t have nerves here. Several scenes show their workmanship as they climb higher in the military ranks.

In time, they are targeted, and from this time on, Mykola is on the prowl for his equal in the Russian Army. A Russian sniper so sure of himself, he sends photos of the victims to them beforehand.

It is interesting what makes a person a sniper. Is it an inner need to show skills few have? A feeling of patriotism to be able to silently penetrate enemy ranks? A feeling of personal aloes that prevents friendship? Revenge? Or, all of the above?

In “White Sniper”, Mykola has had a personal tragedy and sees no future for himself without his wife, so takes the alternate route with a rifle. While in training, he encounters other men working to be snipers who are there for the glory. Personal acclaim, though, can come with a price.

What turns a gentleman into a hardened soldier is told in short scenes, such as concentration, figuring trajectory, endurance, and working with someone. The loss of a loved one in a brutal way is a memory that lingers throughout.

How many men in the field during wartime, have this memory, and sometimes, it is the only thing that keeps them going? The thought that in their duty-filled life now, there had been happy moments.

Despite the low budget, this Ukraine military drama is brilliantly directed, photographed, and performed. The main protagonist, the titular Raven, played by Aldoshyn Pavlo does a very good job of portraying the impact of such conflict with the transition from pacifist to a war hero. Another good performance is from Andrey Mostrenko, who plays Raven’s commanding officer.

Overall, it is a terrific war movie, with interesting sniper training shots, and reminds us of the ongoing terrible war in Ukraine.

In a pandemic situation, I had written more outline stories, and The Sniper: White Raven is similar to my one idea.

My protagonist is a simple guy who lives with his girlfriend. One day his girlfriend died in a car accident. then later protagonist learns through an unknown caller, the accident was not really an accident, it was staged.

Your girlfriend was used as a scapegoat for political rivals. The rest of the story is about how the protagonist overcomes his weakness into the most dangerous person and the way he kills each one of them who is responsible for his girlfriend’s death.

He doesn’t care to harm children too. He completely changes into dark evil.