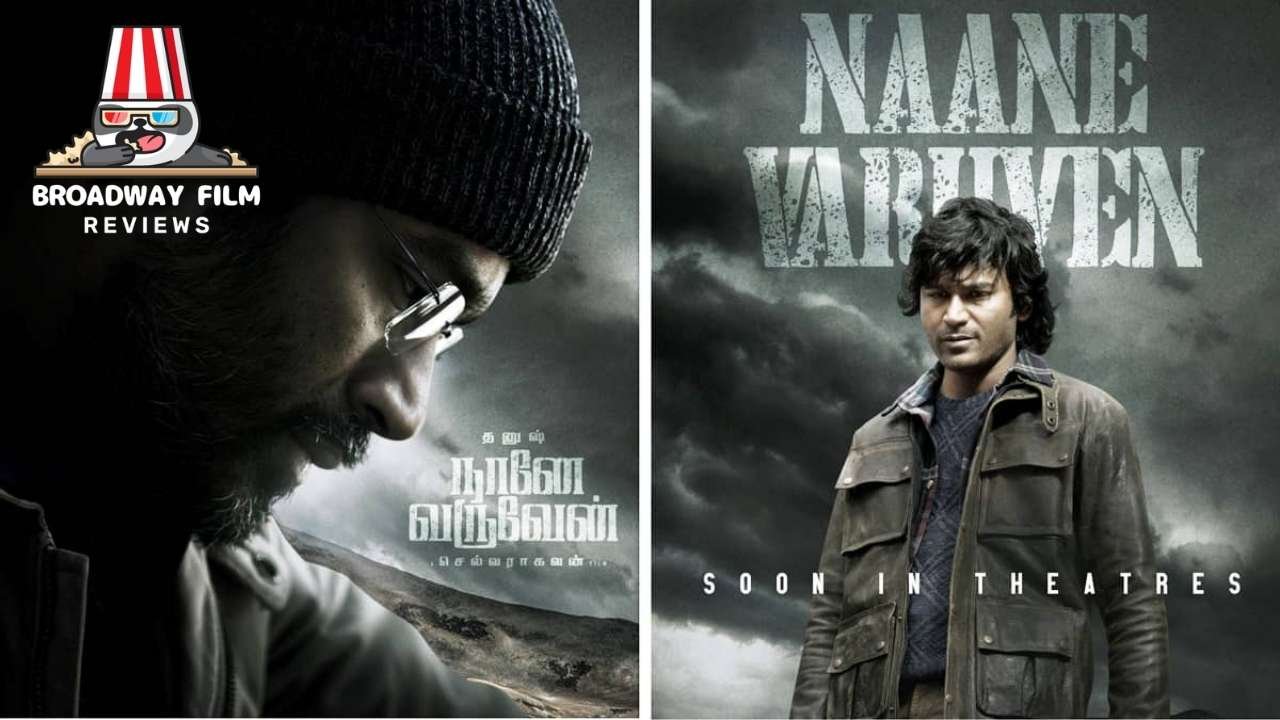 Prabhu and Kathir are twin brothers, who get separated through a series of incidents and live separate lives, on their own terms. Years later, Prabhu is happily married and his life revolves around his only daughter Sathya.

He rejects having another child because he does not want the love for his daughter to be shared. One day, Prabhu begins experiencing paranormal activities in his house, which affects Sathya.

Convinced that she is possessed, Prabhu reaches out to a psychiatrist, also a spiritual guru, and hires a team of young exorcists to help him save his daughter, but little does he know that the attempt will actually make him learn who is behind the possession.

The revelation forces him to cross paths with Kathir and what follows forms the crux of the pilot.

This movie marks the reuniting of Selvaraghavan and Dhanush after Mayakkam Enna 2011. There was a little buzz around the film because Dhanush and Selvaraghavan reunited after 11 years.

Naane Varuvean runs for two hours with almost equal halves. The entire first half is basically setting up of the premise. Prabhu (Dhanush) is living happily and peacefully with his wife and kid. in the eyes of his colleague (Yogi Babu), he is living the perfect life and is blessed with everything that a man could ask for.

From here, the film enters into a horror zone. Selvaraghavan keeps the horror angle simple and effective. There are no jump scares, but the eeriness gets to you. Some of this is definitely forced.

Say, for instance, the scene at the clinic of the psychiatrist (Prabhu). Why is the room so dark? Prabhu is paying a doctor and not a psychic right? But yeah, it adds to the eeriness.

Recommended: Day Shift 2022 Review – “One of the Weakest Vampire Films Ever”

The actors are very good, be it Dhanush, indhuja or the Giri playing their daughter. The emotions work and you believe them to be a family. The big reveal happens at the interview point, and it works.

You have an idea as to what is coming but there is a nice little twist to it. I was assuming something else, but the little surprise really worked, and the first half does end with a bang.

The first half was interesting, the way they build the story and tension was impressive, it was really confusing at first whether it was a paranormal or psychological thriller.

Before the beginning of the Second Half, everyone assumed Seivaraghavan going to do some wonders in his style. So, the tension and Hype surrounded Second Half.

The terrific ‘Veera Soora’ number keeps amping up the hype around Kathir but on screen, the character doesn’t really create the impact it ought to have.

A psycho who takes pleasure in hunting humans should have instilled more fear. What we have on screen is a star playing a stylized baddie. And this is a surprise given how convincingly Dhanush usually sees his characters. The crispness of the film which worked wonderfully well in the first half now starts hurting it.

There is not enough character Arc and real drama. Without the drama, you don’t care for these characters on screen. This wouldn’t have been an issue if the film at least kept you entertained with a thrilling cat and mouse game between Prabhu and Kathir.

But that doesn’t happen. The proceedings are fiat. Believe it or not, the final showdown hardly lasts five minutes. The entire second half feels like one rushed episode.

Dhanush once again gave a terrific performance. Yuvans’ background score was mind-blowing. The cinematography was good. Again Selvaraghavan has disappointed after NGK.

Strongly waiting for his comeback. For Dhanush, every work with Selvaraghavan is an undoubted success commercially and critically.

Naane Varuven sees Dhanush exploring the psychological horror genre. Sadly, it is a missed opportunity because of its weak second half.